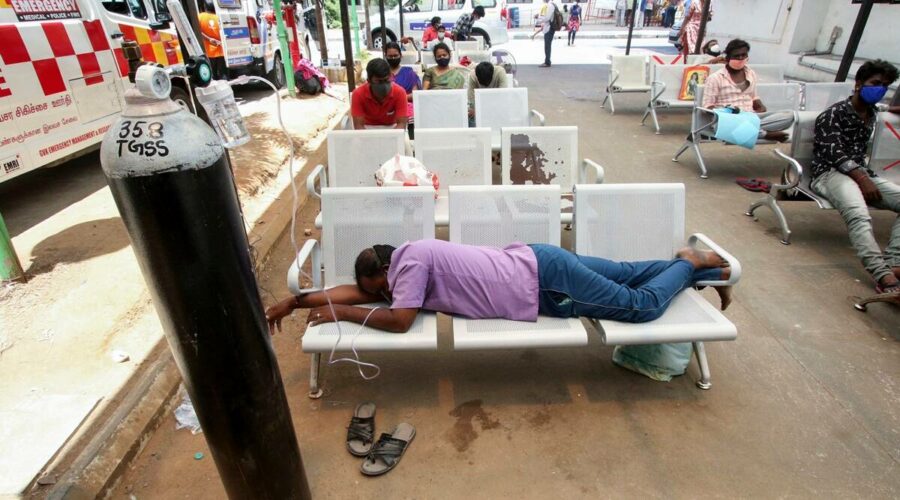 Hours after the Tamil Nadu government announced that it will pause the vaccination drive from tomorrow till June 5 as most of the districts ran out of vaccine stock, the state received 4,20,570 doses of Covishield from the central government. Health Minister Ma Subramanian said the doses will be administered to those above 45 years of age.

Addressing the reporters in Chennai, he said, “Tonight, the vaccines will be dispatched to all the districts. We used to distribute the vaccines as per the population. But, now more cases are being reported in Coimbatore, Erode and Tiruppur, and hence more vaccines doses will be allocated to them on a priority basis as per the instructions of the Chief Minister”.

Subramanian added that 42 lakh doses of vaccines allocated by the Centre will reach the state in different phases and will be distributed to the districts. He reiterated that the state government had paid Rs 85 crore to procure 25 lakh doses to vaccinate those in the 18-44 age group.

The state has received 13 lakh doses till now and the remaining doses are expected to arrive soon, he added.

On oxygen supply, Subramanian said that the state has a stock of about 650 metric tonnes of oxygen to be used daily against its requirement of 500 metric tonnes per day.

Speaking of Mucormycosis/Black Fungus, the health minister said the state has so far reported 518 cases and 17 deaths. A multispecialty clinic for the fungal disease was inaugurated earlier today at the Rajiv Gandhi Government Hospital.

This apart, the government has set up a separate ward at the Government Medical College, Omandurar Estate for treatment of Black Fungus.

The minister further said that as per the advice of the Health Secretary, the government is taking steps to set up these types of clinics in all government hospitals for early detection of cases.