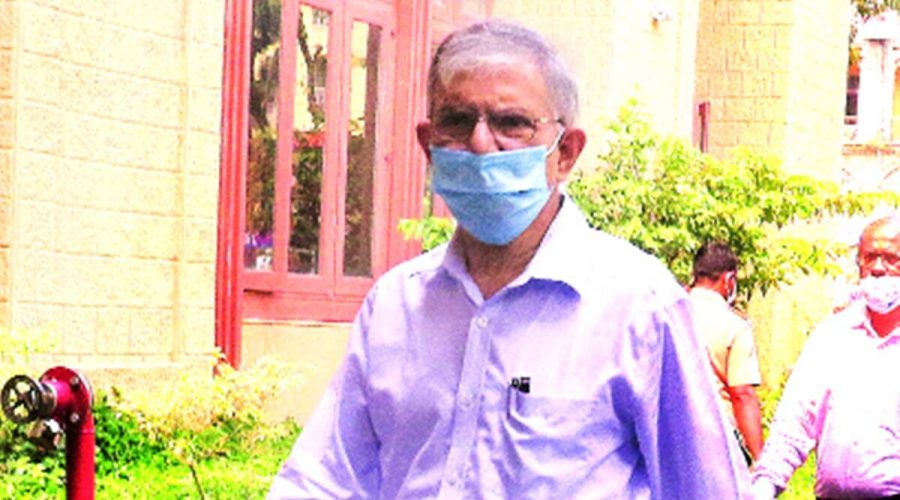 Republic’s Sundaram and Singh wrote to Mumbai police stating that they are out of Mumbai. Mumbai police crime branch on Saturday issued summons to six more people, including the Chief Executive Officer and two Chief Operating Officers of Republic Media Network as well as the CEO of Hansa Research Group and another employee of the company, to appear before them on Sunday in the ongoing investigation into an alleged ‘fake TRP scam’.

However, only the advertising agencies executives, Sam Balsara, head of Madison, and Shashi Sinha, CEO of IPG Media Brands, arrived at the police headquarters in response to the summons, and were present there for more than eight hours.

Republic’s Sundaram and Singh wrote to Mumbai police stating that they are out of Mumbai. The accountant of Fakt Marathi also claimed he is a resident of Indore and asked for time to appear before them.

In his letter, Sundaram said he is currently not in Mumbai and would be available in Mumbai only after October 14-15. The letter further read, “I wish to bring to your notice that a writ petition under Article 32 has been filed before the Hon’ble Supreme Court of India (Provisional application number 7848/2020) in relation to the above referred matter and we have requested for an early hearing and it is likely to be listed by next week. Given that the matter is to be listed soon before the Supreme Court, I request you to not proceed any further with the investigations so far as Republic TV and its employees are concerned. We will join the investigations subject to the orders of the Supreme Court.”

Singh, meanwhile, was issued a second summons on Saturday asking him to appear before police on Sunday.

The investigating team led by assistant police inspector Sachin Vaze has asked Balsara and Sinha to provide a detailed history of their clients for the last two years. “We have asked them to submit a history of their clients as to how many advertisements were provided to how many news channels through their agencies. We have also asked for their names and financial transactions that took place through them,” said an officer. “When we asked the two agencies about the parameters in fixing the rates of advertisements for a particular channel, they confirmed TRP is the main parameter on which channels get advertisements and rates are fixed accordingly,” he added.

“Vishwakarma was Bhandari’s immediate boss. Bhandari was in charge of 83 panel homes out of 1,800 in Mumbai [where TRP barometers have been installed]. We have learnt both were equally responsible for approaching and offering Rs 400 to these households in return for them favouring a channel to spike its TRP,” said an officer, adding, “Of the 83 household panels, we have recorded the statements of 38 and they have confirmed payments were made through Google Pay.”

The investigators said they have sent out six teams to six states to apprehend other suspects.

Meanwhile, Mumbai police crime branch said they have approached GST department, I-T department and the Economic Offence Wing to help scrutinise the bank statements of the channels and advertising agencies.