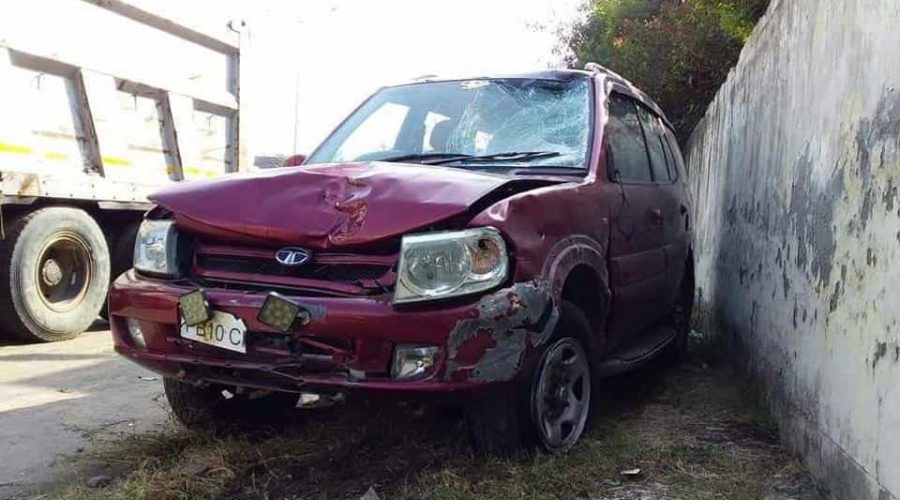 In an early morning tragedy, three men, including a pedestrian and two cyclists, died after being hit by a speeding SUV on Sherpur Flyover on Wednesday.

The SUV was being driven so recklessly that one of the cyclists fell off the flyover while the other was dragged on the car’s bonnet. All three men died on the spot.

The car driver, who was later identified as Dharminder, a serviceman from Uttar Pradesh, tried to escape after the accident but passersby nabbed him.

The police has so far been able to identify only one of the victims—Ritesh Miglani, 45, a yarn trader from Durgapuri of Haibowal. Ritesh was walking towards Sherpur Chowk, with his cousin when the mishap took place. His cousin, Vishal, told the police that they were returning after collecting some payments at the time.

“We were crossing the Sherpur Flyover on foot to get a bus to reach Samrala. Ritesh was walking a few steps ahead of me. Suddenly, a speeding Tata Safari crossed me and hit a cyclist, who fell off the flyover and died immediately. The SUV then hit Ritesh before hitting another cyclist,” he said.

Police said that the two cyclists appear to be migrants but have no leads on their identity. After being caught, the car driver is said to have revealed that he was returning to Uttar Pradesh from Pathankot, with his wife and daughter.

Assistant sub-inspector Dhanwant Singh, who is investigating the case, said the FIR has been lodged against the accused for reckless driving and causing death due to negligence, on the statement of Vishal Miglani. Police are also trying to identify the other two victims, but have so far not found any documents or identification cards from their pockets.