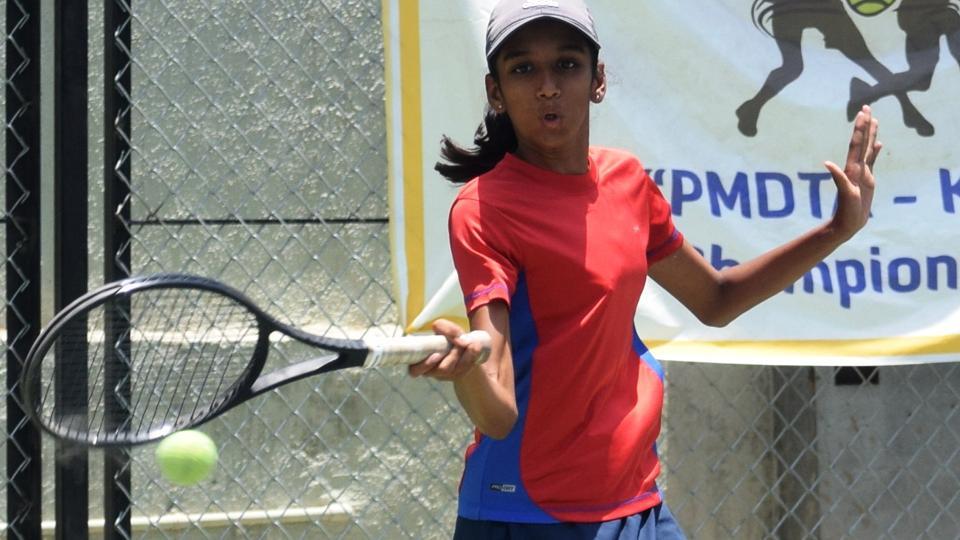 Mumbai girl Aleena Shaikh defeated top-seeded Koushikee Samantha of Bengaluru 6-4 to enter the semi-final of the under-14 category during the fourth leg of PMDTA-KPIT junior champion series tennis tournament at the Metrocity Sports & Health Club, Kothrud on Thursday.

Unseeded player for the tournament Shaikh controlled her game nicely in the crunch moments of the match to create the biggest upset of the day.

The day continued to roll down with seeded players getting ousted by unseeded player. In the second match, Simran Chhetri played with a lot of vigour to outclass fourth-seeded Shruti Nananjkar 6-5 (7-5) to ensure a place in the semi-final.

Seventh-seeded Mayukhi Sengupta had an easy day on the court as she ousted Mehak Kapoor 6-0 while second-seeded Sanchita Nagarkar also got into last four with a 6-2 win over fifth-seeded Samrudhi Bhosale.

In the under-12 category, top-seeded Kavya Deshmukh outplayed Avipsha Dehury 6-0 while Shravani Deshmukh overcomes Gayatri Patil 6-0 to ensure a place in the semi-final.

Later in the day, third-seeded Durga Birajdar had to battle it out hard to overcome sixth-seeded Sahana Kamalakannan 6-5 (7-3).

Among boys under-14 category pre-quarterfinal, top-seeded Arjun Abhyankar sailed ahead into the tournament with a 6-1 victory over Aarya Velankar. For seventh-seeded Ananmay Upadhye it turned out to be an easy contest as he defeated 11th seeded Adnan Lokhandwala 6-1.