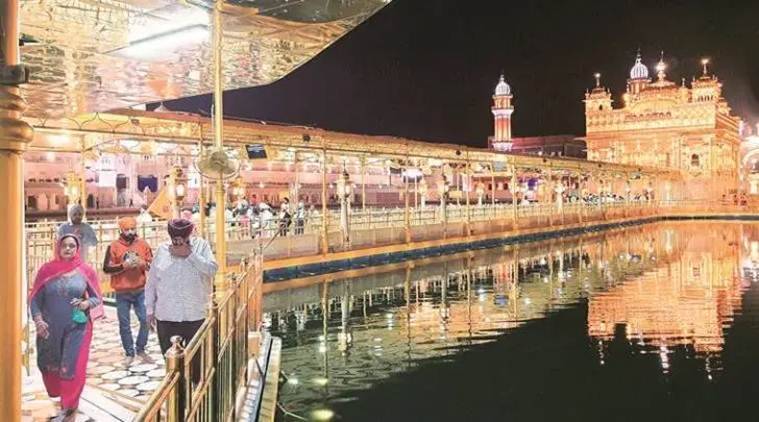 Bibi Jagir Kaur also announced that thorough research will be done on the July 4, 1955 events, and photographs related to it will also be released. The Shiromani Gurdwara Parbandhak Committee (SGPC) on Sunday organised an event at Gurdwara Sri Manji Sahib Diwan Hall to commemorate the first entry of a police force inside the Golden Temple on July 4, 1955, since the Mughal rule ended.

On July 4, 1955, police had entered the shrine to deal with the supporters of the Punjabi Suba Morcha, injuring a number of Sikhs.

“The Sikhs sacrificed their lives for the independence of this country. But they were rewarded with the deployment of a police force on the central shrine of their place of worship merely eight years after independence. It just showed the anti-Sikh mentality of the then Congress government. The then Prime Minister Pandit Jawaharlal Nehru and Punjab Chief Minister Bhim Sen Sachar had tried to suppress the legitimate demands of the Sikhs. But the Sikh community always emerged victorious from all its challenges”, said Bibi Jagir Kaur, SGPC chief.

Bibi Jagir Kaur also announced that thorough research will be done on the July 4, 1955 events, and photographs related to it will also be released.

Jathedar Sri Akal Takht Sahib, Giani Harpreet Singh, addressing the gathering, said that the governments over time have always made efforts to suppress the Sikhs, and it was in this context that the July 4, 1955 attack was carried out too.

“The Sikhs have always fought for the welfare of the country but have been treated as strangers by successive governments. The unity of the Sikh community is the only way out of challenges that are exemplified in history. The governments want the Sikhs never be united and that no voice is raised about the political agenda of the Sikhs, even from Sri Akal Takht Sahib. But these great institutions have always led and will continue to lead the Sikh Qaum (community)”, said Jathedar Giani Harpreet Singh.

During Sunday’s events, the teargas shells which were fired by the police inside Sri Darbar Sahib complex and on the Sikhs during the July 1955 attack were displayed for the public view on the stage of Gurdwara Manji Sahib.