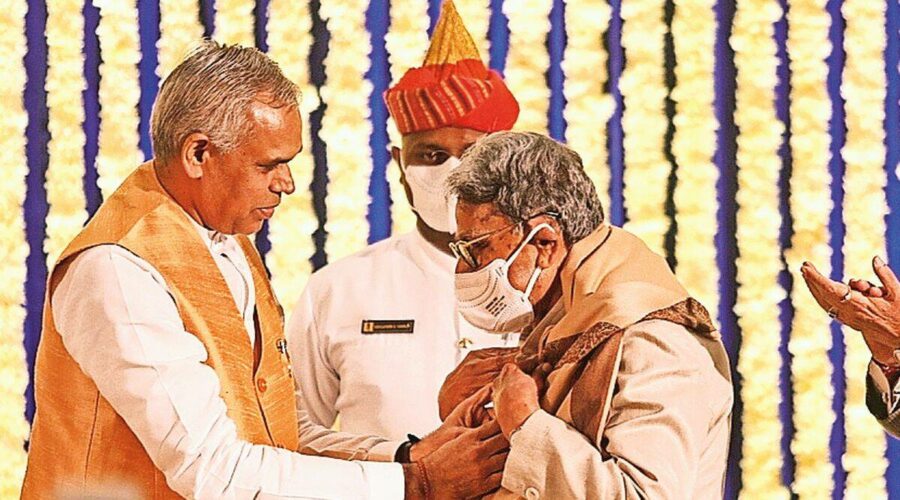 Mehta had started his practice in 1988 at Vakharia's office. The SG organised the felicitation function as a gesture of gratitude towards his "senior" and "father figure" to whom he credited all his achievements. Krishnakant Vakharia, the 91-year-old senior advocate at the Gujarat High Court, was felicitated at a function here organised by his junior and Solicitor General Tushar Mehta. Vakharia not only practised law but had a key role in developing a strong bar, said the Solicitor General.

“Most become legends after their lifetime. There are a few who become legends in their lifetime. Vakharia Saheb is such a person who has become a legend in his lifetime,” Mehta said. “He not only practised law but also developed a strong bar. When we entered (the legal field), we were not lawyers. Vakharia Saheb moulded us into lawyers,” Mehta added.

Mehta had started his practice in 1988 at Vakharia’s office. The SG organised the felicitation function as a gesture of gratitude towards his “senior” and “father figure” to whom he credited all his achievements.

The function was presided over by Governor Acharya Devvrat and attended by Justice MR Shah of the Supreme Court and senior advocate Nirupam Nanavati. In addition to the family members of Vakharia and Mehta, a number of legal luminaries in the state and the country were also present at the event.

Recollecting Vakharia’s virtues, Mehta said, “There are many positive aspects of Vakharia Saheb that we (his juniors) have inculcated. But a negative aspect has also been useful in shaping our lives. Vakharia Saheb is a simpleton, gentleman and good person; these virtues are not good to be adopted (in real life). Vakharia Saheb has been cheated by many people. And often, he was aware he was being cheated. But I have never seen bitterness in his words, behaviour or thoughts towards such people.”

One of the most senior advocates of the high court, Vakharia was also the longest-serving president of the Vishva Gujarati Samaj, a powerful Gujarati organisation in and outside the state.