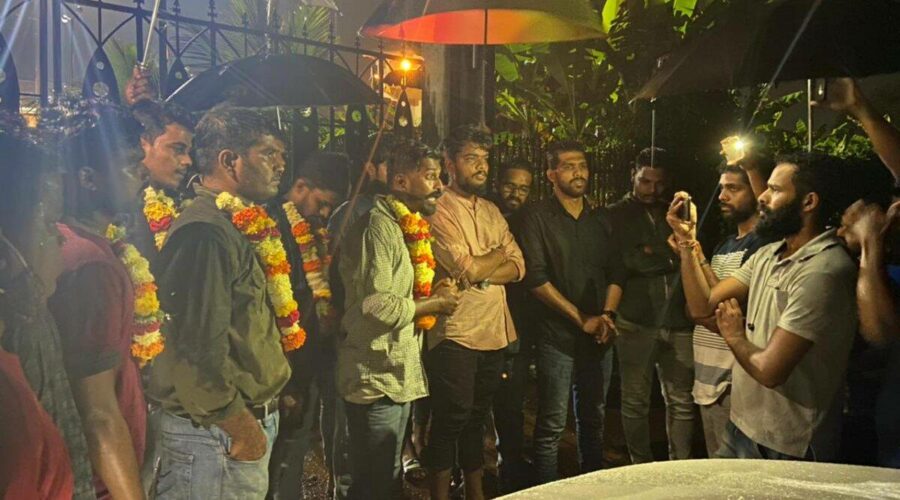 Chief Minister Pramod Sawant, who has been touring assembly constituencies ahead of the assembly polls slated next year, was taking questions from the public at the event. 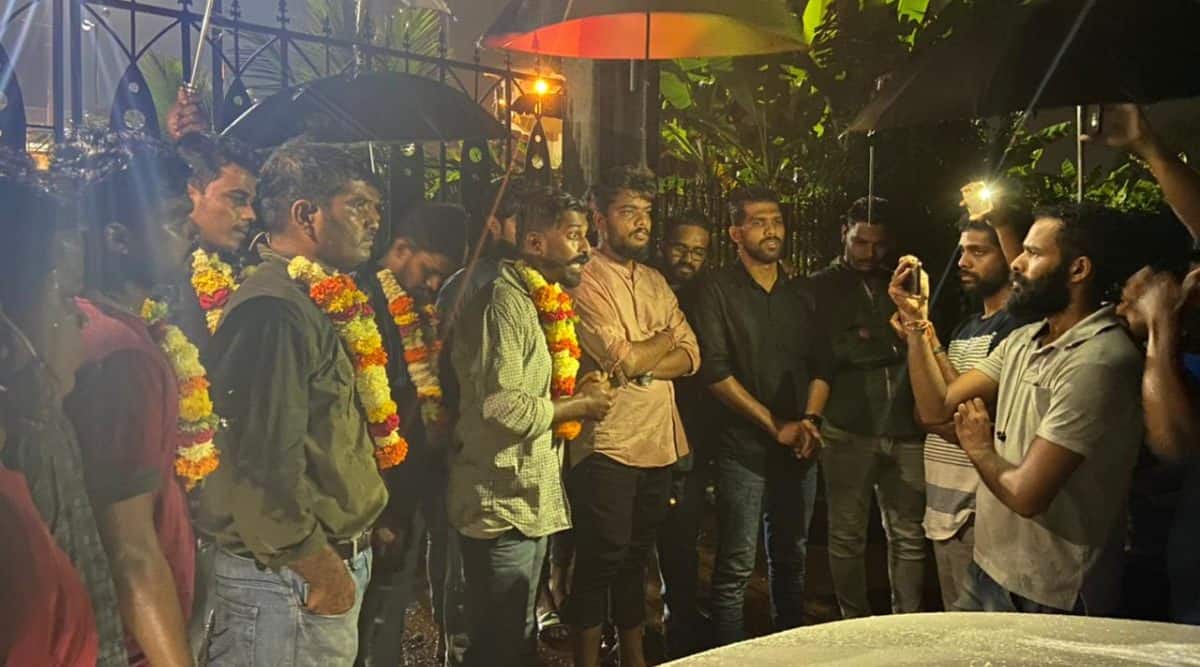 SEVEN MEN, who were arrested on Saturday evening after they allegedly caused disturbance at an event in South Goa’s Shiroda, where Chief Minister Pramod Sawant was addressing the public, were released on bail by a magistrate court late Sunday evening. This happened hours after they were sent to 15 days in judicial custody.

Sawant, who has been touring assembly constituencies ahead of the assembly polls slated next year, was taking questions from the public at the event.

Those arrested, members of Revolutionary Goans (RG), a political outfit that is awaiting registration as a party, had raised questions about poor road conditions in Shiroda and government jobs promised to the youth by BJP MLA Subhash Shirodkar. In their application for bail, they stated that dissatisfied with the chief minister’s replies, they raised slogans against him.

The seven men – Yogesh Naik, Shailesh Naik, Rahul Naik, Nicky Alemao, Eliot Godinho, Prajot Gaonkar and Sachin Gaude – were booked under provision of the IPC, including unlawful assembly, rioting and obstructing a public person from discharging his duty and insulting the modesty of a woman.

According to the police, the complainant was a 28-year-old man, Nitesh Kankonkar. It was alleged that the accused had “made indecent gesture to the women present in the hall”.

If granted bail, the investigating officer told in court, it would set a “bad precedent” in society and would “encourage the bad elements to commit such crime”.

Requesting anonymity, the lawyer for the seven RG members said, “We only argued on a simple point that the sections applied against the accused do not require arrest as none of them attract punishment of more than three years and hence their arrest is illegal.”

The judicial magistrate first class at Ponda, while granting bail to the seven, said the court did not feel there was any reason to keep the accused in custody. The seven were released from Colvale Jail late Sunday night.

RG founder Manoj Parab said, “They had only raised questions about government jobs and bad roads. They did not obstruct any government officials. This is just the BJP government trying to suppress our voice by filing such cases against us.”

The Congress also accused the BJP of muzzling dissent. Leader of Opposition in assembly Digambar Kamat said, “Frustration is rising among youths with BJP government’s failure to provide jobs. I strongly condemn the act of the Goa CM to arrest seven youths from Shiroda for questioning the Goa government on unemployment, bad roads. Right to protest is a democratic right.”