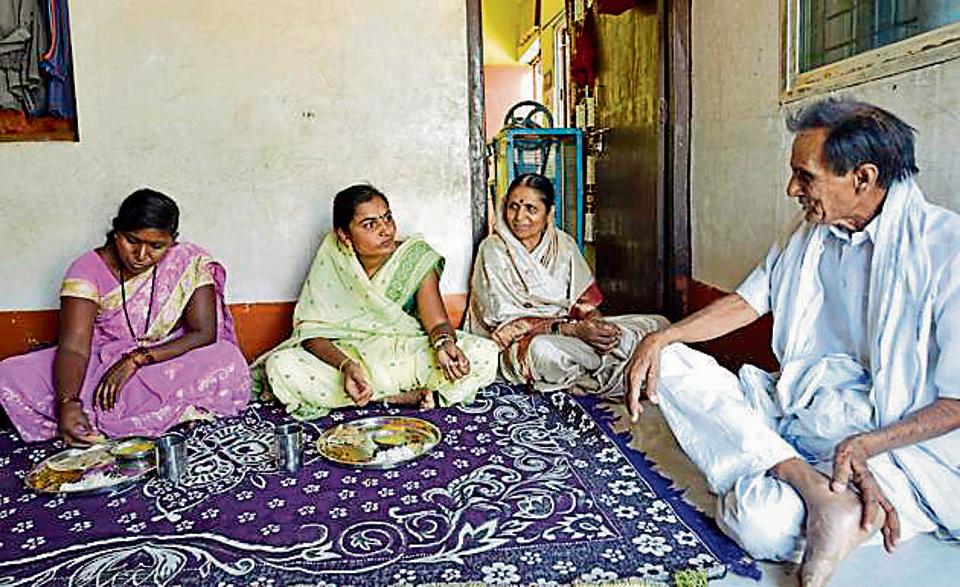 For 28-year-old Vaishali Yede – who contested the Lok Sabha election from the Yavatmal-Washim Lok Sabha constituency – life has gone back to normal after the polls. Following her 20-day leave for campaigning, she has now resumed her job as an angandwadi worker in Yavatmal.

The widow of a farmer who committed suicide in 2011, Yede secured 20,620 votes, losing to two-term sitting MP from Shiv Sena Bhavana Gawli, who won with 5.42 lakh votes. However, Yede has not lost hope and says she is willing to contest the upcoming state Assembly elections. “It was my first experience, no one knew me and I had no money power. Despite this, securing over 20,000 votes was not an easy thing,” said Yede.

In many ways, Yede’s fight for the Lok Sabha seat broke new ground, as she is the first woman from an agrarian background to contest the general elections. She hails from Rajur village in Kalam tehsil, Yavatmal, a district once famous for its cotton produce but now known for the high rate of farmer suicides.

Her husband Sudhakar committed suicide in October 2011, two years after they got married, as he was unable to repay his loans owing to crop failure. Last month, Yede contested the election as a candidate of the Prahaar Janshakti Party (PJP), to highlight farmers’ issues on the national stage.

“At large, I have succeeded in reaching out to the public and creating awareness about the challenges facing the agrarian community. I don’t believe that I have lost the battle,” she said. “We tried very hard to reach out to as many people as possible, but could cover only 400 villages. The Yavatmal-Washim constituency has around 2,200 villages. Our campaign began very late. I would have performed much better if we had started preparations two months in advance.”

Bachchu Kadu, a three-term Independent MLA from Achalpur, who backed Yede, said it was an “experiment” that failed. “People are always crying for good and genuine candidates, so we tried this experiment. However, with these elections, we have learnt that people don’t vote on issues, but on caste and religion. Money is also an important factor that we did not have for our campaign,” said Kadu, who is known for unique-styled protests.

“We were expecting people to empathise with Yede as she is the widow of a farmer who committed suicide. Election results indicate that candidates who have lost family members get sympathy from society, but it seems this does not apply for a farmer’s widow,” said Kadu.

However, not all hope is lost, as plans for Yede to contest the upcoming Assembly polls seem to be in the works. Yede comes from the Ralegaon constituency, which is reserved for candidates from Scheduled Tribes (ST). Being a Maratha, Yede cannot contest from there. “We will see from which Assmbly seat she has received maximum votes. We will deliberate and accordingly, decide our next course of action,” said Kadu.

Asked about her plans, Yede seems determined. “We should be ready to fight for the rights of the farmers and the downtrodden.”