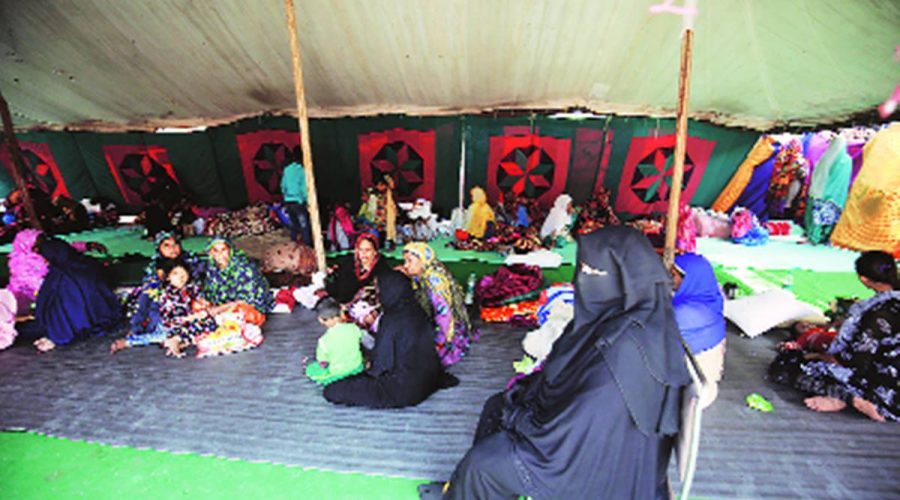 In excerpts of chats of the group filed in the chargesheet, one of the members claimed that RSS members had come to support them. In its supplementary chargesheet filed before a Delhi court against nine persons accused of killing a Muslim man and coordinating the attacks on a WhatsApp group called ‘Kattar Hindu Ekta’, created during the Northeast Delhi riots in February, police have concluded that the group promoted enmity between different groups on the ground of religion and acted in a way which was prejudicial to the maintenance of harmony.

In excerpts of chats of the group filed in the chargesheet, one of the members claimed that RSS members had come to support them. In the chat extract, police affixed messages of a user, Binni, from February 25 at 8.01 pm, which read: “Bhai RSS ke log agaye hai yahan support mein (Brother, RSS people have come here in support).”

The police filed the supplementary chargesheet on September 26 before Chief Metropolitan Magistrate Purushottam Pathak in the case related to the murder of Hashim Ali during the riots in Gokulpuri.

In it, police added sections 153A (promoting enmity between different groups on grounds of religion, race, place of birth, residence, language etc) and 505 (public mischief) of the IPC for allegedly assembling to take revenge against the other community and targeting victims on the basis of their religion.

It said co-accused Monty Nagar, Avdesh Mishra, Monu, Sahil, Shekhar, Mongli, Baba, Tinku and Vinay are yet to be arrested but their addresses have not been traced so far.

According to the chargesheet, the WhatsApp group was allegedly created on February 25 to take revenge on the Muslim community.

“As per the chat of WhatsApp group, the accused persons… conspired to teach Muslims a lesson for attacking the Hindus. They equipped themselves with lathis, danda, sticks, swords, firearms, etc, and killed nine innocent Muslim persons including Hashim Ali and his brother Aamir Khan,” it states.

“Same is also evident from the fact that in order to take revenge from Muslims, some youths of that area who failed to perceive the bottomless stupidity of the propaganda, they as saviours of their community created a WhatsApp group. The group members lost their individuality and started working with mob mind. ‘Jai Sri Ram’ and ‘Har Har Mahadev’, which are the sacred slogans and are attached to the victorious yelling, deadened their mind and paralysed their creative nature,” police alleged in the chargesheet.

BJP leader Kapil Mishra, who had addressed a pro-CAA gathering near the Maujpur traffic signal with the DCP (North East) Ved Prakash Surya standing next to him a day before riots broke out, also finds mention in the WhatsApp messages on the group. Mishra had told DCP Surya that they would wait and leave peacefully till US President (Donald Trump) was in India but after that “won’t listen to you (police) if the roads are not vacated.”

In the message sent on the group sent on 25 February at 9.13 pm, a participant said, “I am seeing a lot of intelligent people write that Kapil Mishra is guilty… What has he said? That if the road is not cleared then CAA supporters will also come on the road. This is as constitutionally valid as these rioters blocking the road in the name of protest and opposition. What is wrong in giving an ultimatum… Those people who are saying that Kapil Mishra fanned the fire because of which this happened, who do they thing should be blamed for Jamia and Shaheen Bagh… Talk about Amanatullah and Sharjeel as well… If riots would have broken out because of Kapil Mishra’s words, the whole country would have been on fire.”