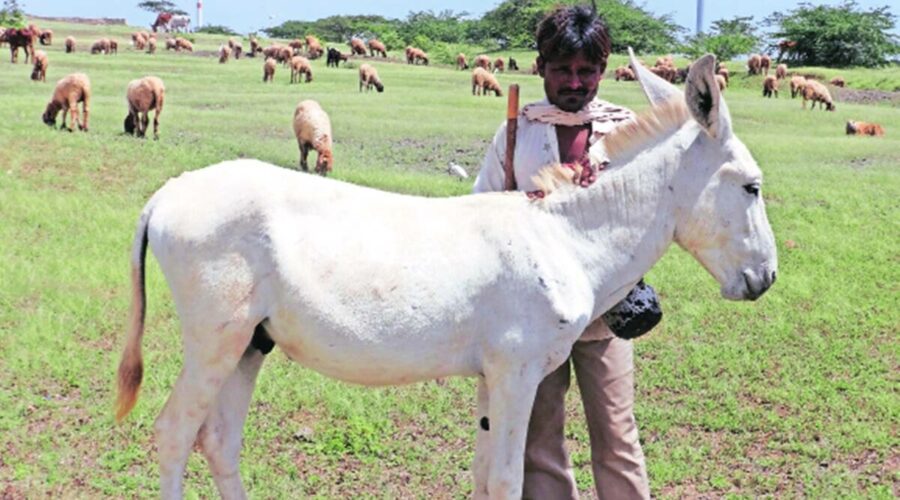 With an aim to conserve donkeys in an era when their utility as draught animal has reduced drastically, seeing donkeys as milch animals is an alternative idea that we are promoting,” the scientist said. 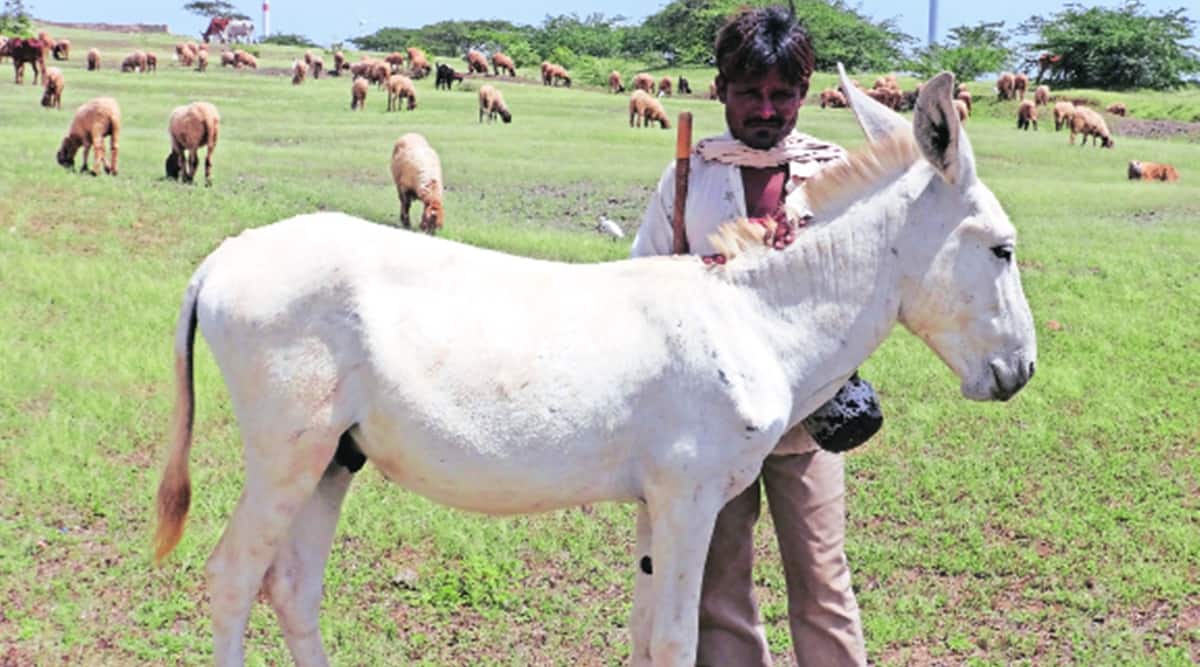 WITH DONKEY population declining in the country by more than 61 per cent between 2012 and 2019, the National Research Centre for Equines (NRCE) scientist Dr Sharad Mehta said his institute has developed technique for artificial insemination (AI) of donkeys and that in collaboration with state government, was prepared to roll out services in Gujarat at very low price.

The news comes in the backdrop of maldharis (herdsmen) and non-governmental organisations (NGOs) trying to conserve donkeys by treating them as milch animals rather than beasts of burden.

“We have developed a technique for AI of donkeys. We will come and collect semen if any maldhari informs us that he has a good male donkey, can freeze the semen and store it for five to 10 years. In collaboration with the state government, we are ready to provide AI services for donkeys at extremely low costs, or may be even free of cost,” Dr Mehta, principal scientist and in-charge head of the equine production campus of NRCE in Bikaner said. He was addressing maldharis at a seminar in Rajkot on Saturday.

Talking to The Sunday Express on the sidelines of the seminar, Dr Mehta said his institute has a herd of around 20 Halari donkeys, a breed native to Jamnagar, Devbhumi Dwarka and Rajkot districts in Saurashtra region of Gujarat and recognised as a distinct breed by the National Bureau of Animal Genetic Resources (NBARG) in 2018.

“Not only providing AI, we have also sent a proposal to FSSAI (Food Safety and Standards Authority of India) to recognise donkey milk as a food product. Simultaneously, we are researching on various properties of donkey milk which, prima facie, is rich source of anti-oxidant, stimulates antimicrobial activity. We are confident of getting FSSAI approval soon, but we will continue our research on milk of Halari donkeys to test and compare it with other alternatives,” Dr Mehta said.

The one-day seminar on revitalising pastoral identity and economy was organised by Sahjeevan in collaboration of department of animal husbandry of the Gujarat government.

Making a presentation at the seminar, Shersinh Chauhan, a veterinary officer with Sahjeevan said that as per a census conducted by the NGO in 2015, population of Halari donkeys in the Halar region (comprising Jamangar, Devbhumi Dwarka and Rajkot districts) was estimated to be 1,112 heads. But that fell to just 662 heads in 2020.

“The main reason for this drastic population decline is shrinking market for donkeys as draught animals due to advent of mechanisation, less interest of younger generations in donkey-rearing, maldharis not facilitating enough breeding of donkeys, non-availability elite breeding males in native tract of the species and underutilisation of donkey milk as a resource,” said Chauhan.

With an aim to conserve donkeys in an era when their utility as draught animal has reduced drastically, seeing donkeys as milch animals is an alternative idea that we are promoting,” the scientist said. He added donkey milk will have to be sold on different quality criteria than the conventional fat-and-solids-not-fat parametres currently in vogue.

He added AI services can be cost-effective. “The state government already runs AI programmes for cows and buffaloes. The same chain can handle the donkey AI programme. All it will require is to have a few extra straws of donkey semen stored in liquid nitrogen containers storing straws of bull and buffalo semen,” said Mehta.

Recently, Aadvik Foods Private Limited, a Delhi-headquartered private firm, starting procurement of donkey milk from maldharis in Upleta of Rajkot from January this year. “We are procuring the milk in smaller volumes on experimental basis and our plans are to put donkey milk products in the market by second week of April. We will sell the milk in powder form to cosmetic and pharma product manufactures as well as to general public,” Hitesh Rathi, co-founder of Aadvik Foods said.

Incidentally, Aadvik Foods was the first organised firm to procure camel milk from its breeders and market it. Diary major Amul had later followed its lead.

03/28/2021 Cities Comments Off on Ready to collaborate with govt to roll out AI services for donkeys: NRCE scientist
TV & Movies