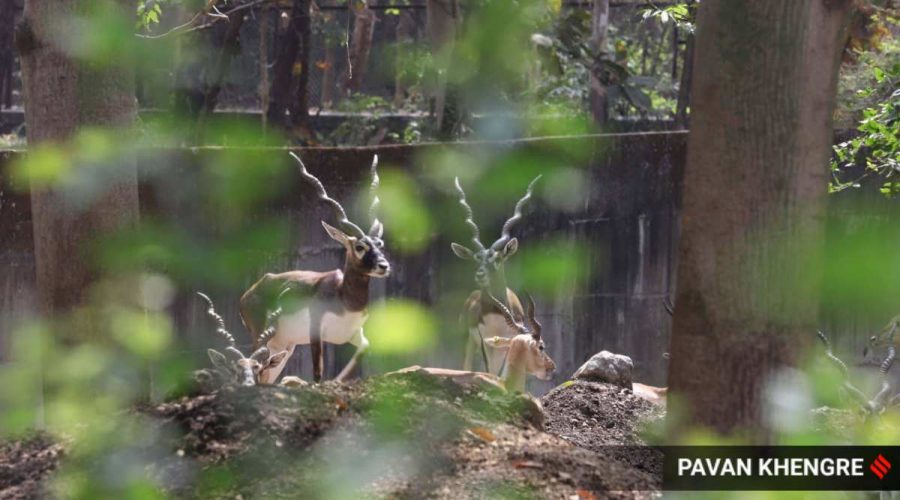 Jadhav said there have been at least 15-20 incidents in the recent past wherein stray dogs had entered the zoo premises, but they were successfully tackled and taken out each time without any harm being caused to the wild inhabitants of the zoological park. In view of the deaths of four blackbucks at the Rajiv Gandhi Zoological Park in Katraj on Wednesday, following an attack by stray dogs, the Pune Municipal Corporation (PMC) has swung into action to repair their enclosure and increase the height of its boundary wall.

“Four blackbucks died due to cardiac failure (after being attacked by the dogs) and the remaining blackbucks are scared. The height of the safety wall is being increased and wire mesh is also being put, so that dogs or other animals do not enter their enclosure,” said Suchitra Suryavanshi Patil, veterinary officer at the zoological park.

Four stray dogs had sneaked into the enclosure of blackbucks on Wednesday. “The blackbucks were scared and ran for safety… Four of the 34 blackbucks in the enclosure died of cardiac arrest. The security at the park managed to rescue three stray dogs and handed them over to the civic animal birth control cell, while one stray dog escaped,” she said.

“The stray dogs are said to have entered via a dilapidated wall of the zoo,” said Rajkumar Jadhav, director of the park.

Jadhav said there have been at least 15-20 incidents in the recent past wherein stray dogs had entered the zoo premises, but they were successfully tackled and taken out each time without any harm being caused to the wild inhabitants of the zoological park.

“It is very unfortunate that the stray dogs managed to kill four blackbucks this time – two males and two females. The incident took place within half an hour of them entering the park, before the security guard could notice them,” he added.

The stray dogs had entered from a spot where development work alongside the boundary is ongoing. “We have decided to increase the height of the wall that encloses the blackbucks,” he said.

The Rajiv Gandhi Zoological Park is spread across 130 acre of land that includes an animal orphanage, a snake park, a zoo and a lake. It was opened in 1999 after it was decided that all animals at the Peshwe Park, in the heart of the city, should be shifted to a larger area in Katraj, in the suburbs of the city. However, substantial urbanisation has taken place in Katraj over the last few years.

At present, there are 66 species of wildlife at the park, including mammals, birds and reptiles, in separate enclosures of the zoo. These include Asiatic lions, jungle cats, leopards, rusty-spotted cats, giant squirrels, mouse deer, foxes, wild dogs, hyenas and lion-tailed macaques.