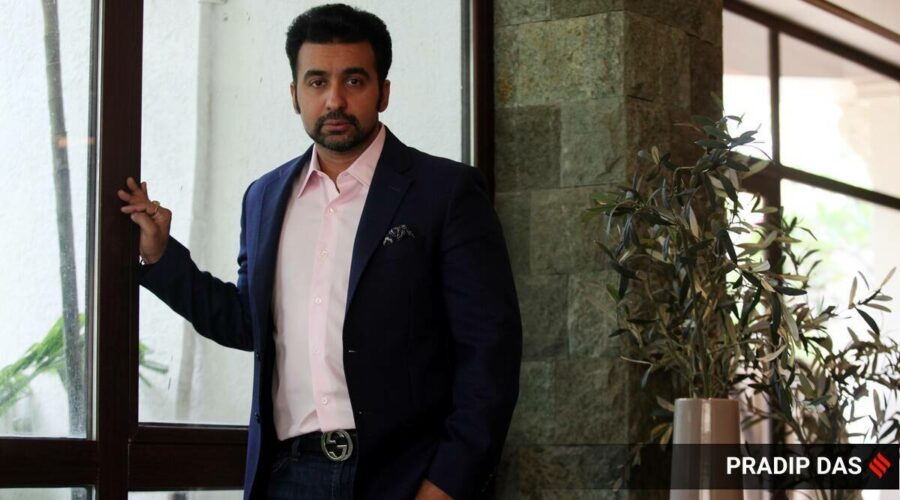 Raj Kundra, who is behind bars in a similar case related to adult films filed by the Mumbai police crime branch, approached the Bombay High Court after the sessions court rejected his pre-arrest bail plea on Tuesday. Businessman Raj Kundra has approached the Bombay High Court seeking anticipatory bail in a case registered by the cyber police in 2020. Kundra, who is behind bars in a similar case related to adult films filed by the Mumbai police crime branch, approached the High Court after the sessions court rejected his pre-arrest bail plea on Tuesday.

In his appeal, Kundra said his name is not reflected in the FIR filed by the cyber police last year, and that he had given a detailed statement to the police, visiting the investigator’s office on multiple occasions to cooperate with the probe. He further said he has provided all documents required by the concerned officer, and the statements of prosecution witnesses, too, have been recorded.

Kundra said that in February 2020, one of his acquaintances approached him to invest in a venture named Armsprime Media Pvt Ltd, which was engaged in providing a digital platform for artists to showcase their talents and interact with clients. He said the venture was to work on a subscription model. Kundra said in his plea that he thought the concept of the venture was unique and a genuine business decision, based on which he invested in it. He claimed he was associated with the company only between February to December 2019, and had never taken any active part in its contract building or content creation. He also claimed that one of the apps created by the company called “Hotshots” has nothing to do with pornography, as is alleged by the police. Kundra also claimed he was being falsely implicated and dragged in the matter.

His plea further stated that he was arrested in another case under similar sections, and the search by the investigators had led to seizure of electronic devices and other documents which are already in their custody. The plea said the other co-accused in the case, including Sherlyn Chopra and Poonam Pandey, were granted interim protection by the High Court. He said his custodial interrogation was also not required.

The High Court will hear his appeal in due course.

Kundra’s bail plea in the other case, where he remains in custody, is pending before the sessions court. He was arrested last month.