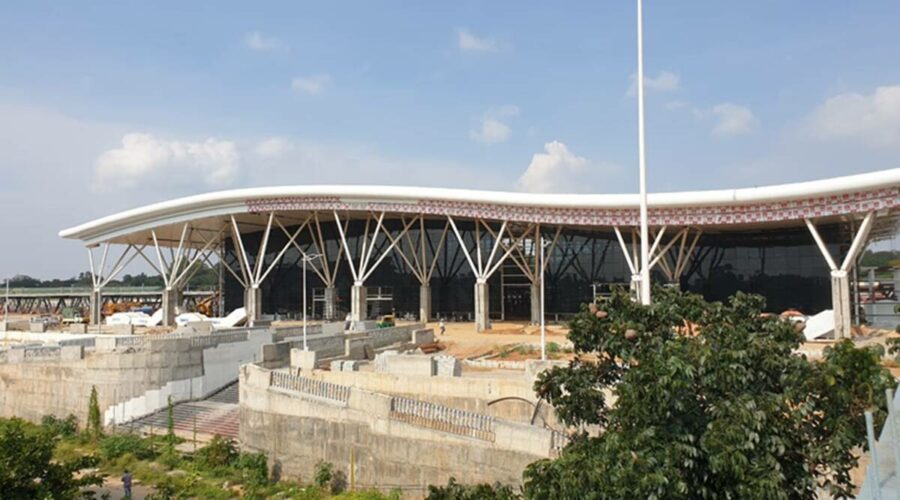 At the cost of Rs 260 crore, Bruhat Bengaluru Mahanagara Palike (BBMP) will build an elevated rotary flyover to the terminal. The plan was presented to the railway minister by the BBMP Chief Commissioner Gaurav Gupta. After facing several delays, the Sir M Visvesvaraya Railway Terminal at Baiyappanahalli in Bengaluru is likely to open to the public soon as road connectivity issues are sroted out by the city’s civic body, said Railway Minister Ashwini Vaishnaw during his first to the terminal on Sunday.

The third coaching terminal for the city after Krantivira Sangolli Rayanna (KSR) Bengaluru and Yesvantpur railway stations is expected to decongest the rush in the two existing stations.

At the cost of Rs 260 crore, Bruhat Bengaluru Mahanagara Palike (BBMP) will build an elevated rotary flyover to the terminal. The plan was presented to the railway minister by the BBMP Chief Commissioner Gaurav Gupta.

The BBMP plans to build an elevated rotary flyover at Maruthi Sevanagar–IOC junction to provide access to the terminal and also to areas such as Kammanahalli and Banaswadi. An additional Rail over Bridge (RoB) has been planned at Baiyappanahalli level-crossing, next to the under-construction RoB.

The South Western Railways (SWR) did not announce any date regarding opening of the terminal. The railways had initially planned to start commercial operations in March 2021, but the launch was delayed due to the Covid-19 induced lockdown.

As per officials, the Rs 314 crore terminal is the country’s first largest air-conditioned rail concourse, which will give passengers an airport kind of experience.

Speaking to Indianexpress.com, E Vijaya, Chief Public Relations Officer of SWR, said: “Modern station buildings with centralised air conditioning and airport-like facade has been constructed. This will give the passengers an experience similar to being in an airport.”

According to officials, the railway terminal is modelled after the Kempegowda International Airport in Bengaluru. The terminal will have seven platforms, apart from eight stabling lines and three pit lines. Every platform is 15m wide and 600m long.

The 4,200 sqm terminal building will cater to a daily footfall of 50,000, with 50 trains running every day. Two subways have also been constructed, which will connect all platforms in the station apart from a long, oval-shaped foot overbridge that will link all the seven platforms. The subways will accessible both by stairs and ramps for differently-able people.

Officials say that the terminal and the platforms will be illuminated by LED lights. It will also have its own rainwater harvesting and storage facility. A sewage treatment plant with a capacity of four lakh litres is also in the pipeline. The terminal will also have parking space for over 200 cars and 900 two-wheelers.

In December last year, the government had renamed the terminal after the state’s visionary engineer Sir M Visvesvaraya.

09/06/2021 Cities Comments Off on Railway terminal at Baiyappanahalli to open after connectivity issues are sorted out: Ashwini Vaishnaw
India