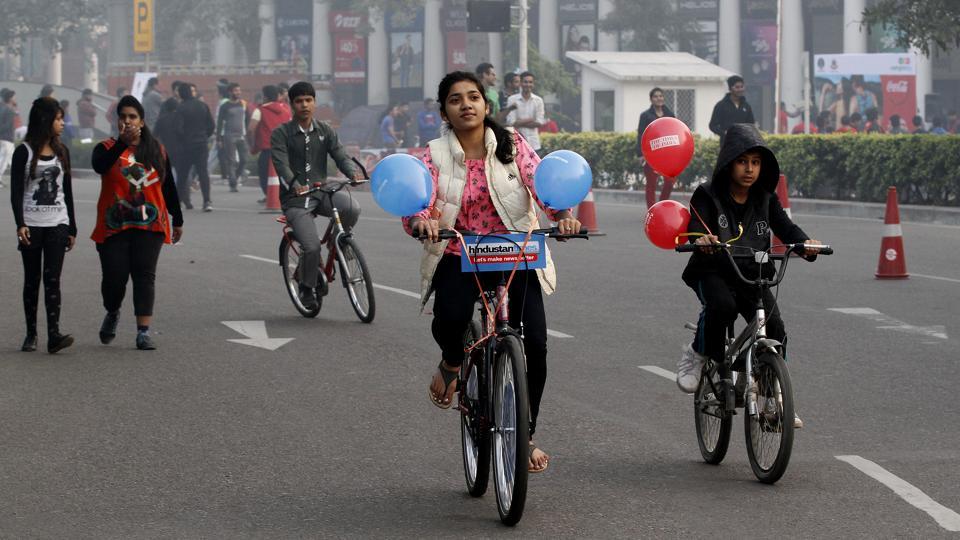 The streets of Connaught Place will be shut for motor vehicles and open only for pedestrians for three hours on Sunday as Raahgiri Day —an openstreet event held to promote sustainable mobility options and reclaim the streets from vehicles for the public —makes it way back to the national capital after a break of two years.

The Hindustan Times is the official media partner in the initiative.

The first Raahgiri Day, on May 26, will also coincide with World Cancer Day, and will be held by the New Delhi Municipal Council (NDMC) in collaboration with World Resources Institute (WRI) India and the Delhi Police.

The Inner Circle of Connaught Place will be closed for motorised vehicles between 6am to 9am, as residents participate in a variety of activities ranging from Yoga, to Zumba and cycling, among other sports. During the last hour of Raahgiri, the participants can enjoy street play performances and a 30 minutes live band performance beginning at 8.30am.

New Delhi Municipal Council (NDMC) chairman, Naresh Kumar said asked people from all walks of life to come participate in the event on Sunday. “It will be a dedicated campaign against cancer. It is important to create awareness on preventive measures for a major disease like cancer,” Kumar said.

“Aimed at promoting road safety, cycling, walking and use of public transport, as envisaged in the National Urban transport policy, we plan to encourage more Raahgiri days,” said an NDMC officer.

The project — conceived by The Raahgiri Foundation (TRF) — will also be supported by the Max Healthcare to raise awareness against cancer today (Sunday). Raahgiri was first started in Gurugram in November 2013, and is now held in over 70 cities of India. In Delhi, it was first held on July 13, 2014 in Connaught Place to promote options such as walking and cycling. Raahgiri’s main aim has been to highlight the concerns surrounding air pollution in Delhi, which has been ranked among the most polluted cities in the world.