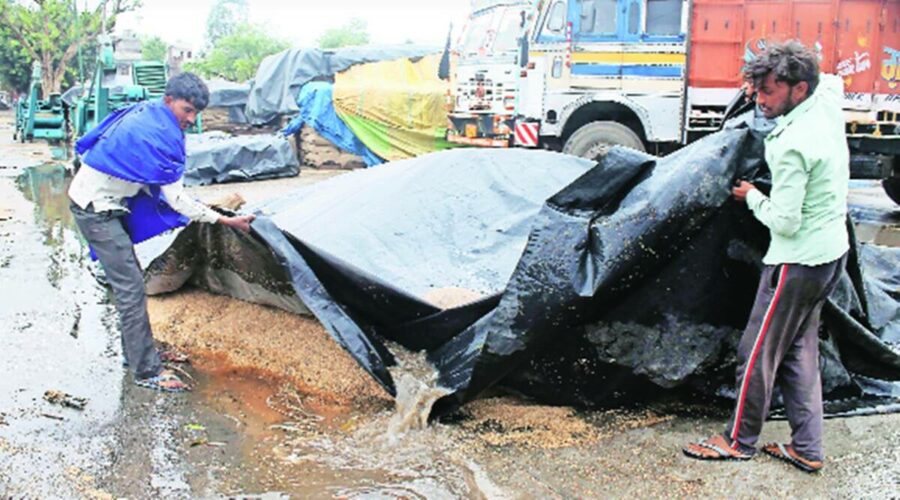 Bardana is in short supply because the production of jute bags is little low due to Covid and the plastic bags are mainly manufactured in Maharashtra and Gujarat and due to Covid several industries are being closed there or running at very low capacity. 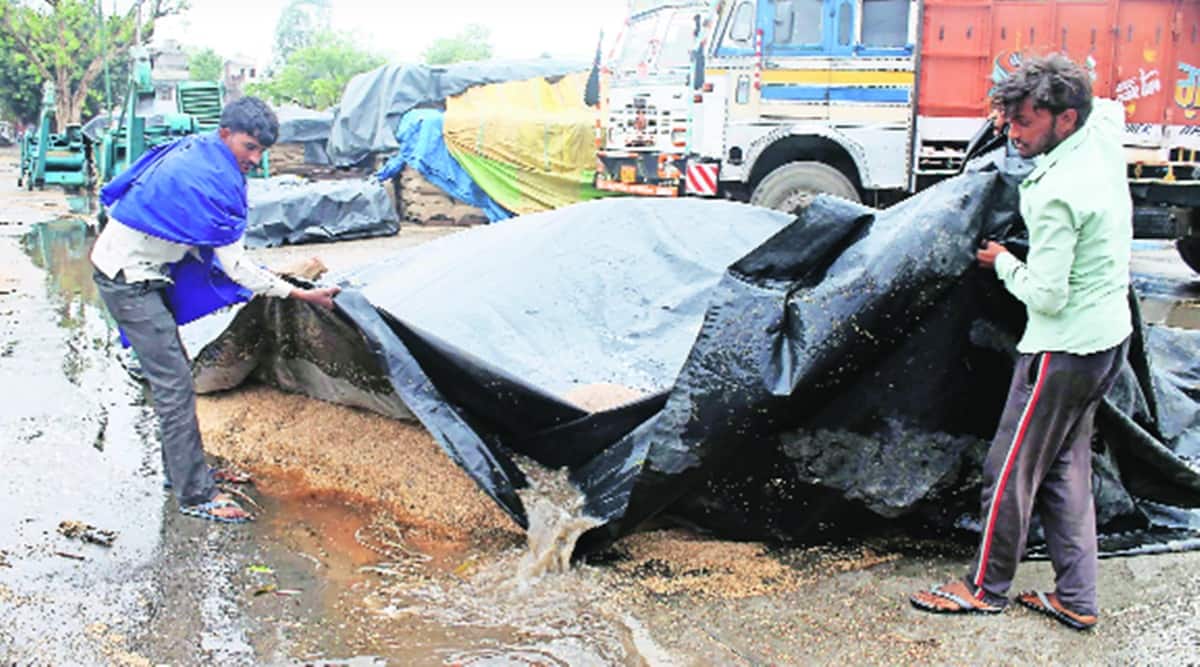 For the past four days, farmer Narinder Singh has been waiting at Jalandhar’s Shahkot mandi to get his crop unloaded. But his arhtiya has categorically told him that his crop cannot be weighed and sold as there is no bardana (packing bags of jute or plastic material) available.

Another farmer, Nirbhair Singh, has also been waiting here for the past two days as he had brought two trolleys of wheat crop but it is yet to be unloaded. The reason given by the arhtiya in this case too is the same — shortage of bardana.

In Bholath and Nadala mandis of Kapurthala district too several farmers could sell their crop only after waiting for bardana for 5 to 7 days.

“I had brought the crop to mandi 7 days back, but had to wait here till my arhtiya provided bardana. Government should have tackled such issues before the procurement started,” he said.

Farmers Baldev Singh, Gurtej Singh and Rattan Singh have all spent over a week at Bathinda, Sangat and Jumba mandis, respectively, with their crops. All of them have been held up due to shortage of bardana.

Reports coming in from all three regions of Punjab – Majha, Malwa and Doaba, tell the same story.

The state which has required 5.24 lakh bales (which comes to 26.20 crores) of gunny bags, had only got 2.65 lakh bales which is almost
50.5 per cent of the total requirement at the time of beginning of the procurement. One bale contains 500 storage bags.

Later that week, the state also got 50,000 more bales of jute while 90,000 plastic bags were in transit. Now the state is receiving a supply of 6,000 bales per day for the past few days. Despite having all the supply of bags from the Centre, the state is still having a shortage of over 20 per cent bags.

Bardana is in short supply because the production of jute bags is little low due to Covid and the plastic bags are mainly manufactured in Maharashtra and Gujarat and due to Covid several industries are being closed there or running at very low capacity.

Now, the state has decided to use the already used bags to fill the grain and for that 28,000 arhtiyas of the state are the main source.

The government has fixed a price of Rs 41.90 for such used bags and arhtiyas, which have got large numbers of such bags with them, have started providing these bags now.

This year due to early ripening of the crop, the state mandis witnessed 7.5 million tonnes wheat arrive in just 12 days while there was a record arrival on a single day on Wednesday when over 15 lakh tonnes of wheat arrived in mandis.

Punjab is expected to procure 13 million tonnes of wheat this year and 57 per cent of it has already arrived in mandis. The state was not prepared for such a heavy arrival in just 12 days.

A District Mandi Officer in Doaba said that there was shortage of bardana in all those mandis where the arrival of the wheat was quite heavy, but now with the permission of taking the used bags from arhtiyas the matter will be resolved in a day or two. However, there are still several arhtiyas who have not been able to procure bags from market till date.

“Earlier also, we took used bags for filling the grain and arhtiyas used to provide without any hesitation but this time because of the direct payment to the farmers’ accounts, they are not providing them. Now when the government had fixed the rate of these bags and started making the payments of these bags they (arhtiyas) have started providing these in every mandi,” said a senior officer in the Punjab Food and Civil Supplies Department.

President of Arhtiya Association of Khanna Mandi, which is the largest mandi of the region, Harbans Singh Rosha, said that there is a requirement of 21 lakh bags in Khanna Mandi while they have got 17 lakh bags till now while there is a need of 4 lakh more bags. “We are purchasing used bags from the rice shellers now and they will be used to fill the wheat,” he said.

Ravinder Singh Cheema, president of Arhtiya Association Punjab, said that there is a shortage for filling around 30 lakh tonnes (3 million tonnes) of wheat and this wheat would require 6 crore bags (1.20 lakh bales). He added that arhtiyas cannot arrange more than 50 lakh bags because the availability of used bags is not there in the market in such a huge number.

Director, Department of Punjab Food and Civil Supplies, Ravi Bhagat, told The India Express that there was some issue of bardana in some mandis in the beginning but now everything has settled down as apart from the Centre’s supply of bags, the remaining requirement will be met locally by procuring bags from the arhtiyas. “Also we are getting a supply of 6,000 bales daily from the Centre and it will continue till the harvesting period is over,” he said, adding also the department has already transferred money in the accounts of arhtiyas for the bags which they are providing.

04/24/2021 Cities Comments Off on Punjab: Record wheat arrival in mandis, but shortage of storage bags adds to farmers’ woes
India