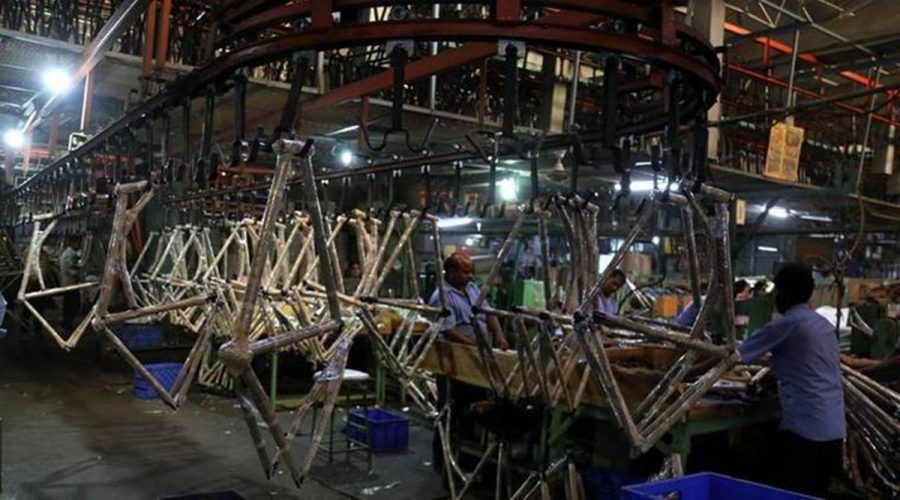 Brands like Hero Cycles and Avon Cycles complain that raw materials such as alloys, rims and gears used in high-end bicycles coming via trains are stuck either in Delhi, Rajasthan or Ambala due to the rail roko going on since October 1 in Punjab. First lockdown, and now rail roko. The new crisis has hit the bicycle industry in Punjab harder with its supply line getting disrupted. Bicycle giants of Ludhiana have sought urgent government intervention in ensuring resumption of freight train movement. Brands like Hero Cycles and Avon Cycles complain that raw materials such as alloys, rims and gears used in high-end bicycles coming via trains are stuck either in Delhi, Rajasthan or Ambala due to the rail roko going on since October 1 in Punjab.

“The rail roko movement initiated by Punjab farmers to protest against new farm laws has led to a severe disruption in supplies with freight traffic held up for two weeks. Not just raw material for bicycle production, the rail blockade has also impacted the supplies of essential commodities as well as coal for power plants,” said Pankaj Munjal, CMD of Hero Cycles.

He added, “Hero Cycles is concerned that the disruptions in business and manufacturing activity may send out a negative signal to international customers and may drive away investors from the upcoming International Cycle Valley Project in Dhanasu, Punjab.”

Munjal said the bicycle industry was already facing a significant shortage of components post-lockdown and was struggling to meet the surging bicycle demand in India and abroad. The farmers’ agitation has aggravated the raw material crunch.

Onkar Singh Pahwa, CMD, Avon Cycles, said, “Rail roko has caused a problem in bringing raw material which has been imported from Taiwan and China. These raw materials like rims, alloys, gears are used in high-end bicycles. Though we have started importing from Taiwan and are looking for new markets other than China, still some of the raw material of our unit and many other bicycle units is coming from China as well. These containers reach us via trains. Due to rail roko, they are stuck at several places. The rail roko should be lifted soon.”

Pahwa, who is also president of All India Bicycles Manufacturers’ Association, said, “Similar is the case with exporting cycles. The consignments are lying in containers at dry port at Dhandari Kalan.”

Dr K B Thakur, general secretary, AICMA, said, “Rail roko has caused a problem of freight movement in Punjab. This problem needs to be sorted out as Ludhiana is the bicycle hub of the country. The bicycle industrialists are trying to bring life back on track.”

The Federation of Industrial and Commercial Organisation (FICO) has requested Prime Minister Narendra Modi and Chief Minister Amarinder Singh to resolve the farmers’ issues. FICO has over 200 members in its organisation and most of them are related to the bicycle, automobile and plywood industries.

The COVID-19 crisis has led to a major surge in demand for bicycles, particularly hi-end fitness and recreation bikes.

There is a downside as well. The Hero Cycles recently backed out of Rs 900-crore business deals with Chinese companies, and pledged to localise production of inputs and parts in a phased manner, said Pankaj Munjal, CMD of Hero Cycles.

For all the latest Ludhiana News, download Indian Express App.