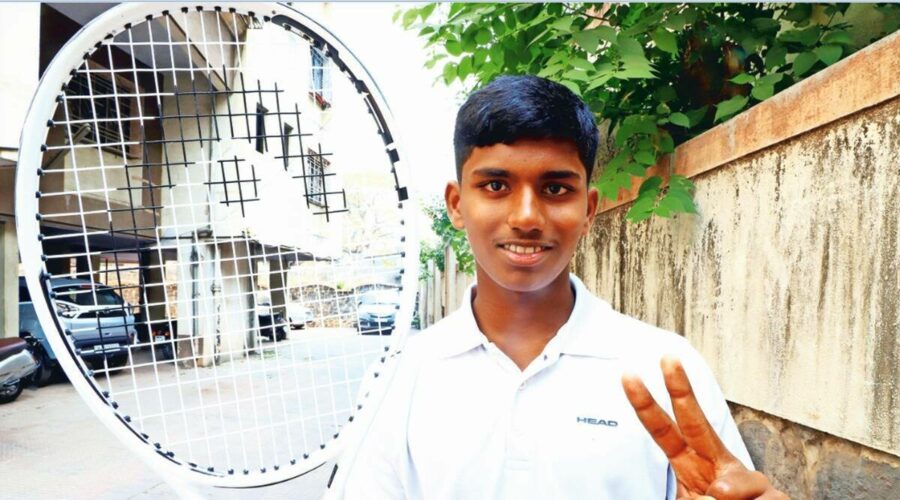 The 13-year-old recovered from Covid-19 and played at the ITF Juniors leg in Madurai before making his debut at the nationals in Indore last week. In his first attempt at the National Junior Tennis Championship (U-18), city tennis player Manas Dhamne, among the youngest players in the tournament, has secured the runner’s-up spot. The 13-year-old recovered from Covid-19 and played at the ITF Juniors leg in Madurai before making his debut at the nationals in Indore last week.

“I just got eligible for U-18 and my performance in the ITF Juniors has been pretty good, so it was a decision between me, my coaches and parents to play at the U-18 nationals. Playing in the ITF helped me in the U-18 nationals because in the ITF tournaments, I played with older players who are 17 or 18. Although ITFs are 10 per cent more challenging, both the tournaments were not that different for me. I got acclimatised playing powerful strokes, so it was not difficult to play in the nationals,” said Dhamne.

Dhamne said he was not nervous at all as he had nothing to lose. Taking one round at a time, Dhamne edged past his opponents to give a stiff challenge to state-mate, Sandesh Kurale (18) of Kolhapur, in the boy’s singles final match on Saturday.

“Sandesh is a very good opponent and his services were really good. In set one, I had broken him at 5-4. But in the second set, I made some errors and he broke me with his serves. By set three, we both held on to our serves and eventually, the set went into a tie-break, but again because of a few mistakes I made, he won the tie-break and closed the match,” he said.

The 8th grader from Bishops School said that he also got to learn a lot of things that he needs to work towards. Dhamne, who has signed for a scholarship with IMG Academy, said that following the given fitness regime, his strength is better and recovery post matches is faster.

“Fitness is something I have been focusing on throughout the lockdown and I feel my endurance has also increased as I am able to play continuous matches without getting tired. But I also need to polish my forehand and services.

While playing the finals with Sandesh, another area that I felt I need to improve on is returns of big serves,” he said.

It was in late February after the documentation process was underway for Dhamne to fly to France under his tennis scholarship that he tested positive for Covid-19. “I was tested positive during a required test, but luckily enough I was asymptomatic. I was home quarantined and worked on my fitness and diet with the help of my family, before the junior ITF held in Madurai. I played there and then within a few days, I was in Indore for the nationals,” he cited.

Ravindra Pandey, coach to Dhamne since he was five, said his performance at the nationals is a fantastic achievement.

“He lost by a match point but to reach the finals and play with someone five years older in itself is something noteworthy…” he said.