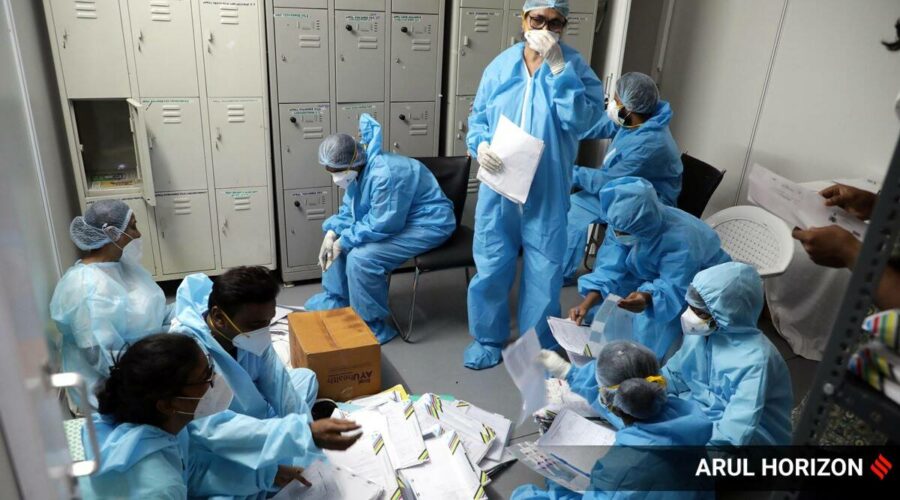 On Thursday, 19,483 samples were tested in the district. This was marginally more than 19,214 tests on Wednesday, and substantially more than 16,619 a day earlier. Pune’s daily count of cases has remained stable at around 1,300 for the last three days now, despite the number of tests having increased a bit. On Thursday, Pune district recorded 1,338 new cases of coronavirus infections. This was lower than the 1,368 detected on Wednesday, but slightly higher than the 1,306 found a day earlier.

On Thursday, 19,483 samples were tested in the district. This was marginally more than 19,214 tests on Wednesday, and substantially more than 16,619 a day earlier.

Almost half of the total cases were reported from rural Pune, while the areas under Pune Municipal Corporation and Pimpri Chinchwad Municipal Corporation continued to report well under 400 cases. With the positivity rate also down in PMC and PCMC areas, there is a likelihood of lockdown restrictions getting further eased in these parts of the district.

The number of active cases in the district has fallen further to less than 20,000. Of these, about 8,000 patients have been hospitalised while the others are recovering in home isolation.

The district administration reported 31 deaths on Thursday, taking the total death tally in the district to 17,371.

But the state government data, which has far lesser number of deaths against Pune district’s name, continued to make corrections, and added more than 200 deaths to the tally from previous days which had not been taken into account earlier. Still, the state government death toll for Pune stands at 13,906, much lower than that reported by the district administration.

The vaccination drive continues to gradually progress in the district. Private hospitals have already begun the drive for individuals between the ages of 18 and 44.