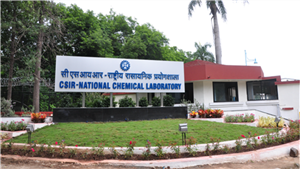 The NCL administration said that the fire was minor in nature. "The safety committee is carrying out an assessment and trying to ascertain the cause of the fire," said an official from the NCL. A fire broke out at a laboratory of the National Chemical Laboratory (NCL) in Pune on Monday afternoon. It was brought under control by NCL staffers using extinguishing equipment available on campus along with firefighters from Pune fire brigade who arrived minutes later and joined the effort.

The NCL authorities have termed the fire as ‘minor’ and said that they were assessing the cause. No casualties were reported in the incident.

As per the information given by Pune fire brigade officials, the fire is believed to have started sometime around 1.45 pm in the Laboratory No. 180 of the main building of the NCL, which is located on Pashan Road in Pune. When the fire started, the staffers were out of the lab for lunch. The laboratory had storage of highly flammable organic solvents, fire officials said.
– Stay updated with the latest Pune news. Follow Express Pune on Twitter here and on Facebook here. You can also join our Express Pune Telegram channel here.

Fire officer Shivaji Memane said, “The staffers who were out for lunch, saw the fire from a distance and alerted the fire brigade at 1.50 pm. Our tenders reached within four to five minutes. But by the time we could reach, the NCL staffers had started removing the organic solvent containers to safer places and were also using fire extinguishers available on the premises. We joined the effort and brought the fire under control within minutes. We, too, helped them remove the solvent containers. Major damage was averted because the flammable solvents were promptly removed. We also conducted cooling of wooden furniture that had caught fire by spraying water to ensure that there were no secondary fire incidents.”

The NCL administration said that the fire was minor in nature. “The safety committee is carrying out an assessment and trying to ascertain the cause of the fire,” said an official from the NCL. Due to the pandemic, the laboratories on the NCL campus are currently operating in limited capacity. Only students in need of laboratory activities for their research are being permitted to remain in the lab, in small batches, officials said.

NCL has witnessed several incidents of fire in the past, including a major blaze in March 2017, in which the ‘Modular, Agile, Intensified and Continuous’ (MAGIC) lab was gutted.

06/07/2021 Cities Comments Off on Pune: Fire breaks out at National Chemical Laboratory, no casualties reported
India