Ganesan was killed because he had refused to accept the Naxal's demand to stop work on a bridge across Bandia river near Etapalli town. On January 14, 2006, Gadchiroli had witnessed one of the most dreadful instances of Naxal violence when the left-wing extremists stabbed 35-year-old M Ganesan, a junior engineer with the Border Roads Organisation (BRO), multiple times, leading to his death.

Ganesan was killed because he had refused to accept the Naxal’s demand to stop work on a bridge across Bandia river near Etapalli town.

He was posthumously awarded the Shaurya Chakra, which was given to his wife Rathi, then 30, by then President APJ Abdul Kalam.

Rathi, who had been married only for seven years, raised her then six-year-old daughter Ponshnega and eight-month-old son Ponnagarasan by herself.

At the time of the incident, she had no idea of what Naxalism was. Today, Rathi and her two children have a strong view of the “movement”. “They are plain criminals and must be punished severely,” said Ponshnega, now 21, and Rathi, 45, while talking to The Indian Express from Pulavankadu town in Thanjavur district of Tamil Nadu.

Ponshnega is in the third year of a physiotherapy course she is studying in Chennai while Ponnagarasan, now 15, aspires to become a doctor.

For Rathi, news of her husband’s murder had come as a bolt from the blue. “He had never given me any idea about the threats he had received from Naxals, probably because he didn’t want us to worry. But when we received the news, our whole world came crashing down,” says Rathi. 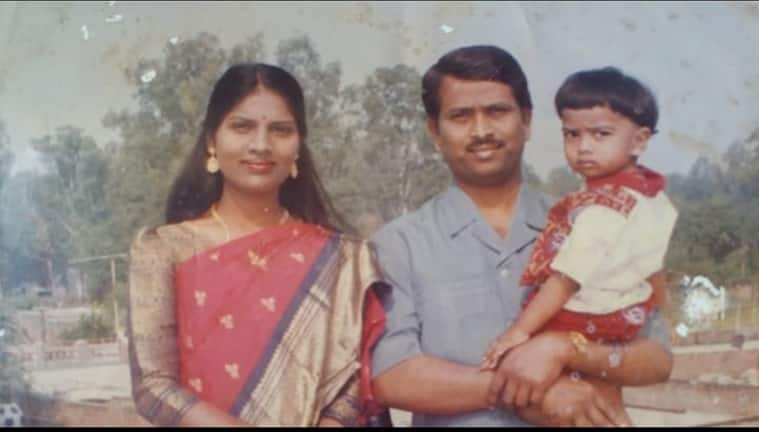 “… I cried and cried … I didn’t know how to come to grips with the dark reality of having to live without him,” she says.

With the compensation that she received after Ganesan’s death, Rathi was able to manage financially, but life without her husband was difficult to navigate. “Only we know how we have lived through these years. Not a day passed without remembering my father,” says Ponshnega. Her WhatsApp display picture is one of her father.

While Ganesan’s daughter and son say they have never thought of “revenge”, they added “the government must punish Naxals severely as they are enemies of the nation and are killing honest people”.

But Rathi and her children are proud of Ganesan, and his commitment to his work. “He sacrificed his life for the nation. We are very proud of him,” they say.

The family of three would like to visit Gadchiroli at some point in the future and see the bridge that Ganesan had built, braving threats from Naxals.

After Ganesan’s brutal murder, local residents, the police and the BRO had worked overtime with a stronger resolve to complete work on the bridge, which was finally completed a year after the engineer’s death. The bridge has served local residents well and has proved to be a symbol of development against the challenges and threats posed by Naxals.

08/14/2021 Cities Comments Off on Pune: Family of engineer murdered by Naxals 15 years ago wants justice, not revenge: ‘They must be punished severely’
India