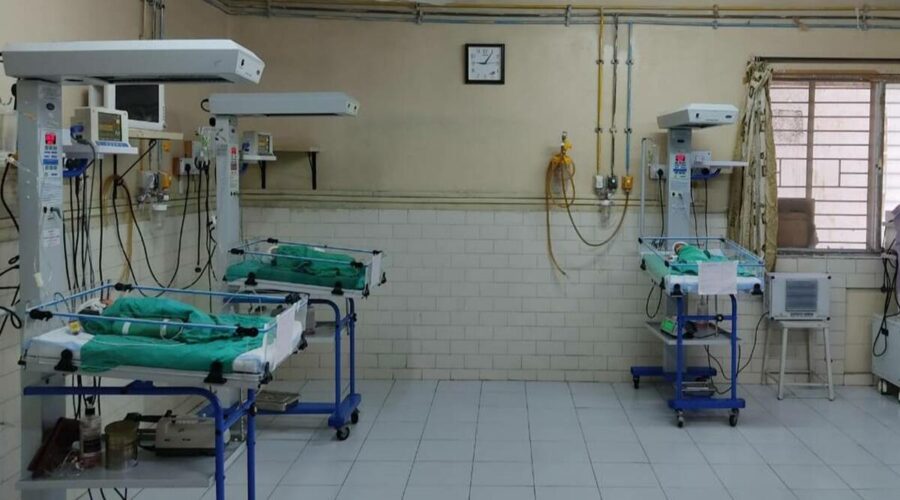 Eventually, an ICU bed was arranged at the YCM hospital itself, after one of the patients occupying an ICU bed, but whose condition had improved, was shifted to a normal bed. However, the woman could not be saved. Hours after she gave birth to two healthy baby girls, a 35-year-old woman succumbed to COVID-19 at the PCMC-run YCM hospital on Tuesday, due to a delay in arranging an ICU bed for her.

The woman, who hailed from Pimprigaon area of Pimpri-Chinchwad, was admitted to the YCM hospital three days ago. She underwent a caesarean operation and delivered two baby girls on Monday evening. Her oxygen levels dipped after the operation and she was required to be put in an ICU. However, no ICU beds were immediately available at the hospital. Doctors asked the family members to check at other hospitals, but they were not successful.

Eventually, an ICU bed was arranged at the YCM hospital itself, after one of the patients occupying an ICU bed, but whose condition had improved, was shifted to a normal bed. However, the woman could not be saved.

“After the delivery, her condition deteriorated and did not improve. Her oxygen level dipped and she had to be admitted to intensive care unit. She was put on ventilator and passed away on Tuesday morning,” YMCH dean Dr Rajendra Wable said.

Dr Wable said the woman was due for delivery this month. “The woman had a thyroid problem and other comorbidities…” he said.

The patient was first admitted to the hospital between March 28 to April 1, and was then sent for home isolation. “On April 4, the patient was readmitted after she complaint of cough, fever, headache and sore throat. On admission her oxygen level was 93 per cent,” doctors at the hospital said.

On Monday, at 4pm, the patient complaint of backache and breathlessness. Her oxygen level had dropped to 88 per cent. “She was given medicine and the high risk involved was explained to her relatives. She was also put on remdesivir.”

Around 7 pm on Monday, under spinal anaesthesia, emergency Caesarean section operation was done. “The surgery was uneventful. The patient delivered two female child of 2.1kg at 7.16 pm and 1.5 kg at 7.20 pm . Both babies were immediately admitted in NICU,” a doctor said.

Since the patient’s oxygen level had dropped to 85 per cent, doctors decided to shift her to the ICU. However, not a single ICU bed with ventilator was available at YCM hospital.

Dr Mangle Supe, who treated the patient, said, “We had informed the patients’ relatives to search for a ventilator bed in ICU. They tried Sassoon and other hospital but could not find the bed.” In the absence of ICU bed, the patient was treated in COVID labour room where she was provided oxygen support. The patient’s oxygen level had then dropped to 63 per cent.

At 11 pm on Monday, an ICU bed was made available for the patient. “We finally managed to accommodate the patient in the ICU….One of the patients whose condition had improved considerably was shifted out of the ICU,” said Dr Wable.

Dr Wable said both the babies are healthy. “Their test report is awaited,” he added.

Dr Wable said there were 20 pregnant women admitted to YCM hospital currently. “Of these, three are in the intensive care units,” he said.