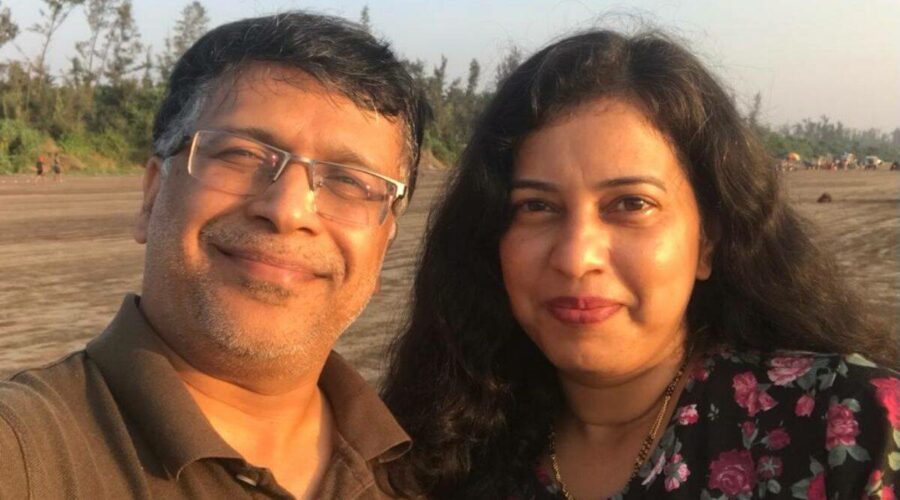 Dr Monali Rahalkar and her husband Dr Rahul Bahulikar did a systematic and focussed research investigation of their own to join some of the dots on the possible theory of lab origin of the virus. A Pune scientist couple, who tried to dive into how the SARS-CoV-2 virus originated, is more inclined to the theory of an accident in a Wuhan laboratory that led to the leak.

Dr Monali Rahalkar, scientist D (Bioenergy group) Agharkar Research Institute, and her husband Dr Rahul Bahulikar, a senior scientist at BAIF Research and Development Centre, did a systematic and focussed research investigation of their own to join some of the dots on the possible theory of lab origin of the virus.

“We had started our research as a side work but when the pandemic grew, my husband and I discussed several hypotheses, started collecting references, got thesis in Chinese and used Google to translate, verified medical data and checked its similarities with Covid-19,” Dr Rahalkar told The Indian Express.

The couple had in October last year published a paper in Frontiers of Public Health about the links between an abandoned copper mine in Mojiang and the nearest relative of the SARS-CoV-2 virus. The entire effort, they said, was by possible by sifting through reams of research papers in the public domain, using open source, genomic information and digging for more clues.

“Initially, everyone was saying the virus came from the Wuhan seafood market. My husband and I had independently started our own research in March last year to understand where this virus really came from. We found a note from Kristian Andersen (Scripps Institute) and others in Nature Medicine about the Proximal Origins of SARS-CoV-2 where the paper argued that the virus was of entirely natural origin and a lab-made one was unlikely.

However, Prof Ralph Baric from North Carolina University, who has been studying coronaviruses for decades, had created Sars-like chimeric viruses in the lab. Published in Nature Medicine in 2015, among the co-authors were also Shi Zhengli – the famous Bat Woman of China (who headed the Wuhan Institute of Virology). It was acknowledged that Shi provided spike sequences and plasmids,” Dr Rahalkar said.

While there was research to show that Shi’s lab had collected a bat coronavirus RaTG13 that was similar to SARS-CoV-2, they also read an interview of Shi online where no detailed information was given of this first cousin except that it was a sample her group had collected.

The duo collected information about RaTG13 and then a preprint by Dean Bengston in April last year showed the virus had an older name Ra4991. When a team from WIV had visited the abandoned mineshaft in Moijang, Yunnan, in 2013 they had collected several types of bats, including horseshoe ones, which are the natural reservoir of SARS and SARS-CoV-2. The team found one beta coronavirus, Ra4991, came from the intermediate horseshoe bat.

Dr Monali recalled that in her interview Dr Shi had talked about a mineshaft in Mojiang where a lethal pneumonia-like disease was reported among six miners in 2012. A diverse group of coronaviruses was discovered in the mine following the outbreak.

Their further research led to another reference about Moijang mine in the Science magazine in 2014. The magazine had reported that in April 2012 a pneumonia-like illness had occurred in six miners, who were cleaning bat faeces from a copper mine shaft in Moijang, killing three of them. “These were the three important clues that seemed to confirm that this mine could be the one where WIV had picked up RaTG13,” Dr Monali said.

“This was the mine where six miners took ill and three died of severe pneumonia. We thought of Covid then and found that the closest cousin of the SARS-CoV-2 virus was from the same mine. The connections between the Mojiang mine, pneumonia in the miners and RaTG13, prompted us to report it as a pre-print on May 19 last year,” Dr Rahalkar said. “The day the pre-print appeared we got an email from a person on Twitter called @TheSeeker268,” she said.

The Seeker prefers anonymity and is an architect and into filmmaking, Dr Rahalkar said. She soon got included in this closed group on Twitter where DRASTIC or Decentralized Radical Autonomous Search Team Investigating Covid 19 – a group of 24-25 persons including scientists avidly searching for clues from Chinese scientific databases on origins of the virus.

While Dr Rahalkar is now closely looking at metagenomic data from the early seven patients analysed at Wuhan Institute, she has been regularly interacting with team members of DRASTIC.

She is also part of the signatories who have, in an open letter to WHO, had urged the body to closely look at the lab leak theory. The letters were sent ahead of the World Health Assembly in May this year.

In their open letter to WHO, the scientists had asked some key questions to examine the possibility of a lab-related incident. Among the list of questions include why these pneumonia cases were absent from the Chinese CDC statistics for 2012 and why were they not reported to the WHO, despite a “potential epidemic outbreak” alert having been reported to the local CDC. Also was it possible to interview the three surviving miners, their relatives and some Mojiang villagers — and to take serum samples from them — in order to better understand in what condition these miners fell sick and what their exact pathology was?

“As terrible as Covid-19 has been, this is almost certainly not the last pandemic we will face — and possibly not even the worst. Taking all necessary measures to understand the origins of this pandemic is an essential foundation for addressing our dangerous vulnerabilities is, therefore, a matter of great urgency. Doing so will also establish an important precedent for fully and transparently investigating any such outbreaks in the future wherever and however they might originate,” Colin D Butler, honorary professor of public health, Australian National University, Canberra, Australia Jean-Michel Claverie, emeritus professor of medicine, virologist, Aix-Marseille University, France, Etienne Decroly, molecular virologist Dr Rahalkar and others had written.