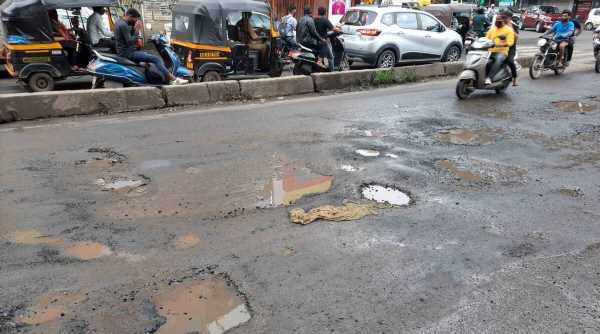 A city-based surface technology professional has been granted the Indian patent for inventing a solution for repairing potholes and carrying out road maintenance.

Explaining about his product, Rathod, who holds a diploma in Surface Coating Technology from the Technical Institute of Deccan Education Society that runs the Fergusson College, said it is a set of three different types of chemicals, each of which contains different compositions. The effect of three types of chemicals in combination with concrete gives results in the form of pothole-filling, said Rathod, who works on waterproofing and heritage structure conservation projects.

“The product is used to fill the potholes even in mild rain or other wet conditions. It can also be used to repair roads, fill cross cut on them and can create bonding with bituminous or asphalt as well as concrete,” said Rathod, adding he took up research that led to the invention after noticing that a large number of citizens were losing life or getting injured due to accidents taking place because of potholes.

Rathod said the cost of his product is 55 per cent less compared to the traditional material or method, which are “actually based on petroleum products or by-products”.

Rathod’s product has been tried on a village road in Velugaon, on city roads on Sinhgad road and the NH-4, Pune-Bengaluru highway. Rathod has also received a certification for his work from the  Pune Municipal Corporation (PMC).

Rathod’s patent would be applicable from the date of filing the application on May 31, 2019, for 20 years in accordance with the provisions of the Patents Act, 1970.