Across Maharashtra, however, the Covid weekly positivity rate has shot down from 15.18 per cent (May 13-19) to 5.89 per cent (June 3-9), according to the report on the Covid-19 situation that was presented at a cabinet meeting on Thursday. 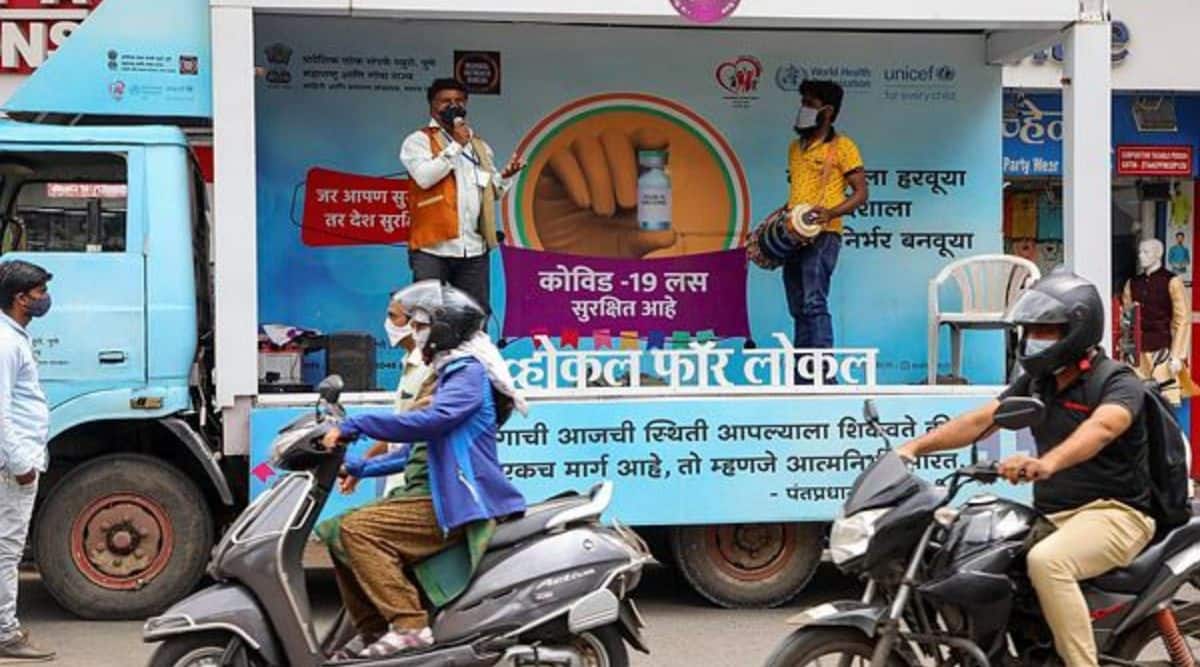 While the weekly Covid-19 positivity rate in Pune district has dropped to 12.19 per cent, it remains among the key districts of concern with a positivity rate higher than 10 per cent, according to a new state Health department analysis.

Across Maharashtra, however, the Covid weekly positivity rate has shot down from 15.18 per cent (May 13-19) to 5.89 per cent (June 3-9), according to the report on the Covid-19 situation that was presented at a cabinet meeting on Thursday. In 21 districts, the weekly Covid positivity rate has dipped to less than 5 per cent, with Chandrapur and Gondia reporting the lowest rates at 1.14 per cent and 1.23 per cent, respectively.

While Satara has shown a significant drop from 32.59 per cent positivity rate (May 13-19 week) to 11.54 per cent (June 3-9 week), it is also a a district of concern. Sangli, Aurangabad and Thane, however, have reported less than 7 per cent weekly positivity rate from the June 3-9 week.

State health officials said each district’s pandemic curve was different and some of them reported a surge in Covid-19 cases much later in the year.

“Since the Pune metropolitan region includes Pune city, Pimpri-Chinchwad and rural areas, we are seeing a trend where the positivity rates have gone down in the city but remain high in rural parts. However, these rural areas are nearly 100 -120 km away from the city areas . For instance, Indapur has a fair share of Covid-19 cases but belongs to Pune rural, and so the average Covid positivity rate for Pune district is high,” Dr Pradeep Awate, state surveillance officer, told The Indian Express.

According to the state report, till date, 3.73 crore tests have been performed to detect Covid-19 cases. Till date, 58.76 lakh people have tested positive for the infection in Maharashtra while 1.03 lakh have died due to the disease.

The analysis finds that there has also been a fall in the number of new Covid-19 cases detected daily. On June 9, a total of 2.18 lakh tests were conducted, of which 10,989 samples tested positive, indicating a daily positivity rate of 5.03 per cent.

In comparison, a fortnight ago on May 26, the state had conducted 2.82 lakh tests and detected 24,752 new Covid cases.