Police also stopped other protesting party members while they were on their way to the Raj Bhavan. 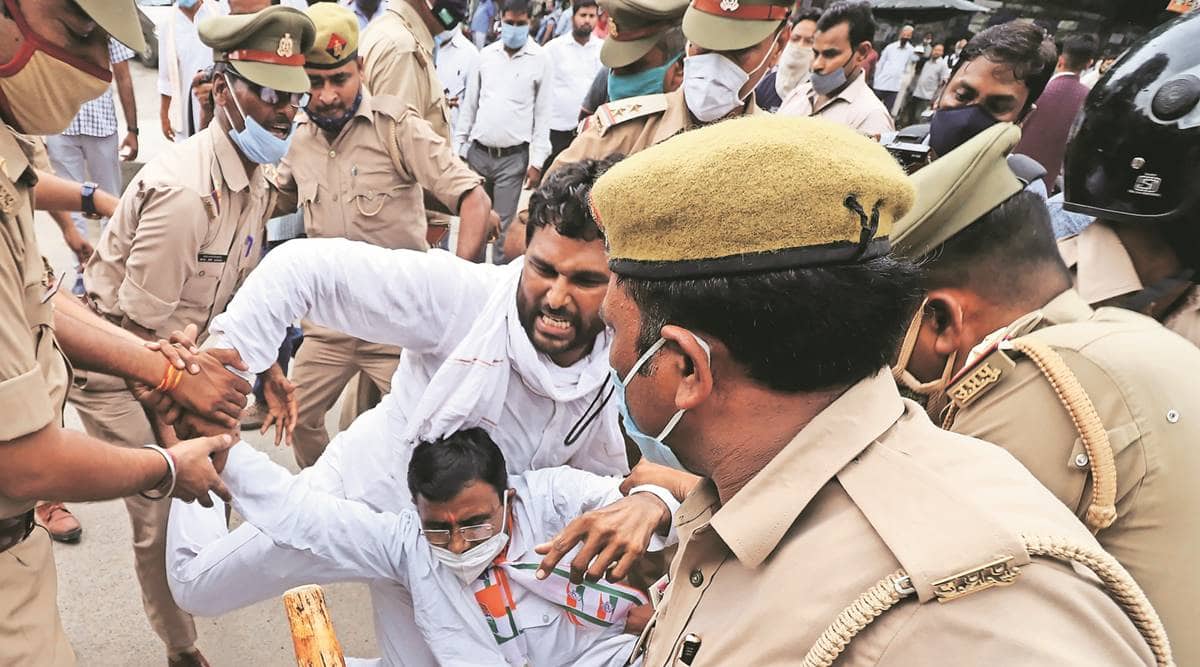 State Congress president Ajay Kumar Lallu and Party Legislature Party leader Aradhna Mishra were detained in Lucknow on Thursday ahead of a protest march against the alleged snooping on Opposition leaders and journalists, among others. Police also stopped other protesting party members while they were on their way to the Raj Bhavan.

However, Lallu said the party would continue to raise its voice against the alleged spying on several people, including party leader Rahul Gandhi. He added that the Congress also demanded a Supreme Court-monitored judicial investigation into revelations that opposition leaders, union ministers, journalists and many others were potential targets of the Pegasus spyware.

Earlier in the day, Mishra had also accused the police of putting her in house arrest to deter her from participating in the protest.

Alleging that the BJP turned into “Bhartiya Jasus Party”, Lallu said the party was misusing its power to snoop on and tap phones of people. He also slammed the Income Tax Department’s searches at the offices of the Dainik Bhaskar Group across the country for alleged tax evasion.

“When the Congress wanted to protest against snooping, then police were deployed outside Congress leaders’ houses to suppress our voice. Yesterday, the chief minister (Yogi Adityanath) said property of youths who raise their voice will be confiscated. The Congress stands with the youth. You can send us to jail, but you will not be able to stop us from raising our voice,” said Lallu.

07/23/2021 Cities Comments Off on Project Pegasus: UP Congress chief detained ahead of protest against ‘snooping’
India