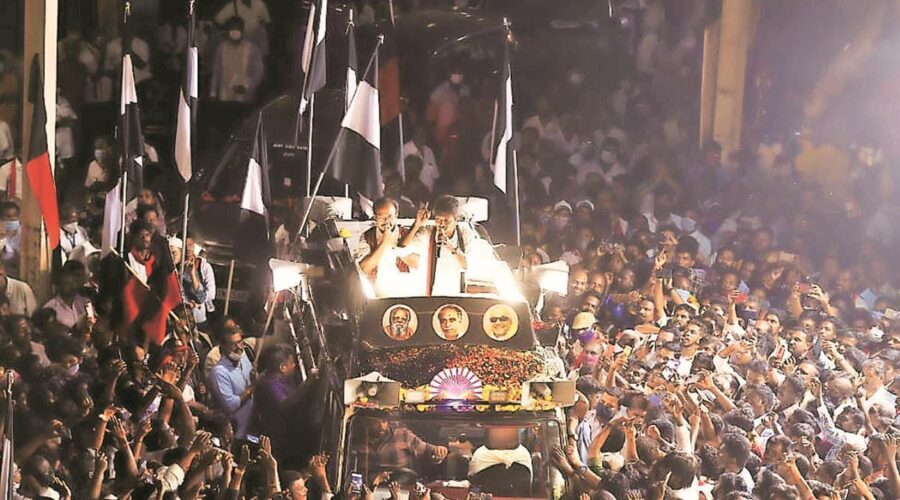 The application also alleged that "most of the political leaders who were involved in election campaigning were not seen to be following any rules on home quarantine, even after their contacts were turning out to be Covid positive". A plea was moved in the Delhi High Court on Tuesday seeking directions to the EC to take action like imposing penalty and lodging FIRs against “star campaigners” and leaders of all political parties for allegedly violating Covid-19 norms during the assembly polls in West Bengal.

The application by Vikram Singh, the former DGP of Uttar Pradesh and also the chairman of think tank Centre for Accountability and Systemic Change (CASC), has also sought directions to the Centre and the Election Commission to “ensure compulsory home quarantine of persons who campaigned in the last one week of in West Bengal”.

Singh, represented by advocate Virag Gupta, claimed in his plea that “masking rules were flouted with impunity” by the political parties, their leaders and campaigners during the rallies, public meetings and roadshows conducted during the ongoing pandemic.

This “unhindered and uncared-for all-out campaigning” has resulted in the rise in coronavirus cases in that state where the positivity rate has gone up from 5 per cent to 24 per cent, claimed the application filed through advocate Gaurav Pathak.

It further contended that “the lackadaisical action of ECI in implementing its own guidelines and non-cancellation of permission given for roadshows and rallies is evident from the number of campaigners catching Covid”.

“The Election Commission had guidelines for conduct of general elections/bye-elections during Covid-19 published in August 2020, but failed to implement the same,” it said and sought prosecution of ECI officials “who failed to enforce their own mandatory COVID guidelines”.

“Whatever little action that the commission is now taking is only under huge public pressure and amounts to only lip service,” it contended.

The application also alleged that “most of the political leaders who were involved in election campaigning were not seen to be following any rules on home quarantine, even after their contacts were turning out to be Covid positive”.

Singh had earlier this month moved an application for ensuring that masks are worn mandatorily by everyone involved in poll campaigns during the ongoing elections in various states and union territories.

The high court had issued notice to the Centre and EC on April 8 on the earlier application. The earlier and latest applications have been filed in Singh’s main petition seeking to debar campaigners and candidates from campaigning in the assembly elections for repeatedly violating the mandatory guidelines issued by the poll panel in view of the COVID-19 pandemic.

The assembly elections in Assam, Kerala, Tamil Nadu, West Bengal and Puducherry were held in various phases. The polls started on March 27 and will conclude on April 29.

Singh has contended in his petition that despite the orders and guidelines of the Centre and EC, “election campaigning is going on in full swing, without any regard to the Covid-19 regulations”.

He has claimed that there is an “indirect discrimination” against the general public as fines are collected from them for violating Covid-19 norms, but no action is taken against politicians.

04/27/2021 Cities Comments Off on Plea in Delhi HC for action against political leaders, campaigners for violating Covid-19 norms
India