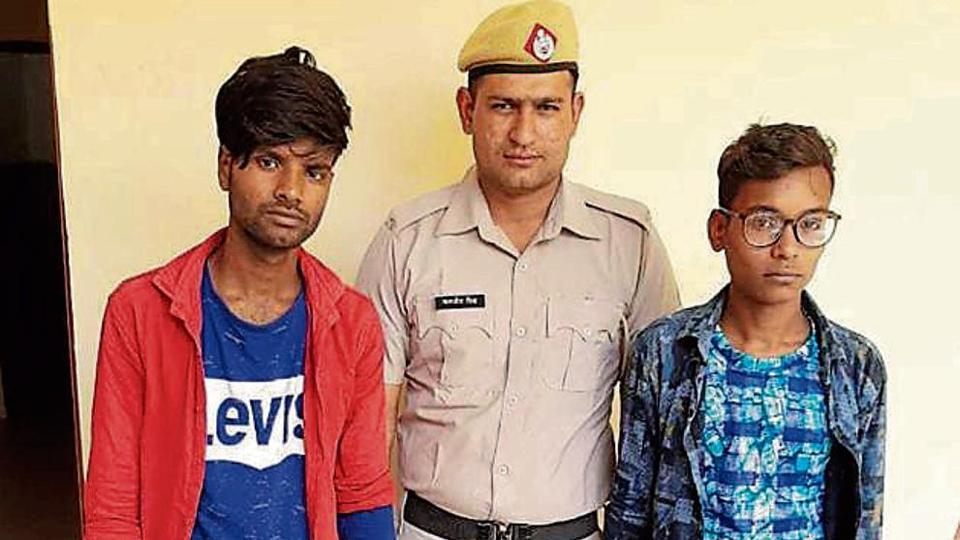 The police on Friday arrested two men for allegedly snatching a mobile phone from a woman near Medanta Hospital, Sector 38 on Thursday night. During the interrogation, it was revealed that the arrested men had also kidnapped two minor girls from Delhi on May 22 and molested them, the police said.

The accused men were identified as Gulfaan, 21, from Ballia, Uttar Pradesh and Saurabh, 19, from Kishanganj, Bihar. The police arrested both of them from Rajiv Chowk on Friday after receiving a tip-off.

According to the police, the probe into the snatching case further revealed that the arrested men were history-sheeters.

Subhash Boken, spokesperson, Gurugram police said, “A case was already registered against both the accused men in Kapashera police station, Delhi. On May 22, they kidnapped two minor girls from Delhi and took them to Mumbai. They stayed there for a week and molested them. Subsequently, the accused men came to the city with the girls and rented a room in Jharsa village.”

Boken added that the arrested men stole the mobile phone to provide for the rent and food.

The police said that both the minor girls were handed over to the Delhi police on Saturday.

On Thursday around 8.30 pm, the accused men allegedly snatched a mobile phone from a woman near Medanta Hospital. The victim was returning from Bakhtawar Chowk to her home in Jharsa village, when they grabbed her from behind, snatched her phone and fled from the spot.

A case was registered against the accused men under sections 34 (acts done by several persons in furtherance of common intention) and 379 (punishment for theft) of the Indian Penal Code (IPC) at the Sadar police station on Thursday, police said.

Both the accused men were produced in a district court on Saturday and sent to judicial custody.

06/01/2019 Cities Comments Off on Phone snatchers turn out to be kidnappers, two girls rescued
India