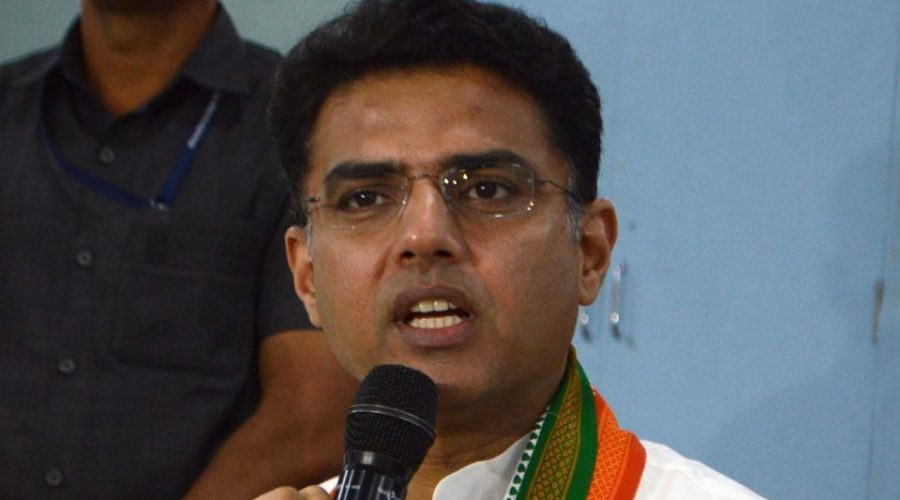 Rajasthan deputy chief minister Sachin Pilot said on Friday that running the government and its performance was a collective responsibility and not that of a single person. “If any member of the team is having a grievance or facing issues, it is necessary to ensure its timely redressal,” he said. Pilot was commenting on tourism minister Vishvendra Singh’s objections to the tender process and the approach of various department officials on the issue.

“The accountability is of the Congress government. People have chosen the party not a person, and it is the party that makes the ministers and leaders,” he said. “Seven crore people of Rajasthan want to have a good government, which we have promised to deliver,” he added.

The state Congress president said the party spoke of loan waiver, unemployment allowance among other things in its manifesto and was working on them . Wherever there is shortcoming, it will be corrected, he said. “It is collective leadership and responsibility. If any team member faces issues, the government should take cognizance of it and act on it,” Pilot said.

“Singh met me and told about his objection regarding the tender process. I think if there in case of any irregularity then action should be taken,” Pilot said.

Pilot’s comments are the latest in a series of trade-offs between Pilot and chief minister Ashok Gehlot. Recently, after more than 100 infants died at a government hospital in Kota, Pilot said the government should have been more humane in handling the crisis, referring to Gehlot’s statement earlier in which he said deaths do happen.

Then, Gehlot said there was no tradition of condolence meeting in houses where kids die. “If there isn’t such a tradition, then let’s make it,” Pilot said.

Political experts feel the infighting is affecting the government. “Wherever there is uncertainty in an organisation, its working gets affected. The head of the party and the head of the government walking in two different paths often create confusion among the workers about whom to follow. This doesn’t bode well for any party,” according to political analyst Narayan Bareth.

01/17/2020 Cities Comments Off on People chose party not a person: Sachin Pilot amid reports of infighting
TV & Movies