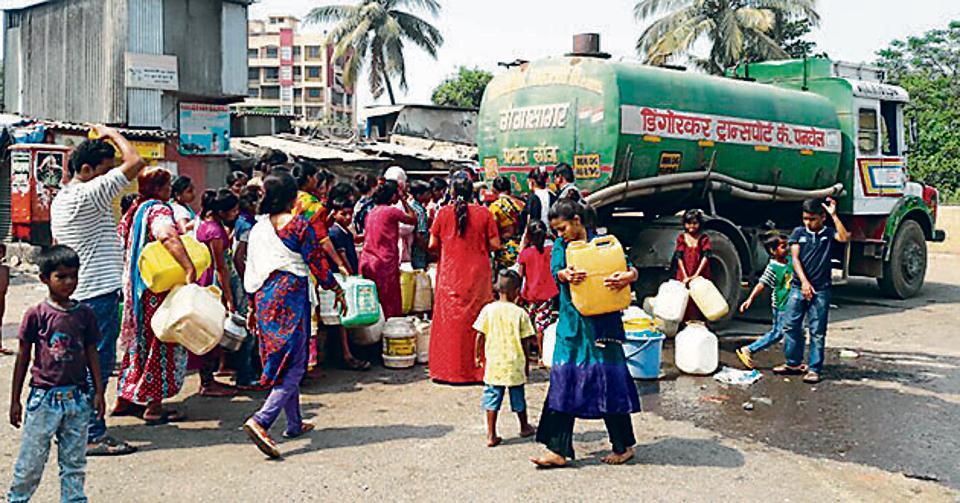 With the 20% water cut imposed by the City Industrial and Development Corporation (Cidco) in its nodes and 50% water cut in old Panvel, the citizens have warned the authorities of protests.

D Jalal, Cidco executive engineer, said, “The water cut has been imposed in Cidco nodes to ensure that the existing water stock lasts longer. We are preparing for a delayed monsoon and maintenance work.”

While Old Panvel residents are getting water supply every alternate day, supply to other nodes has been erratic. The residents alleged that the water crisis is the outcome of stalled projects that failed to receive a push from the Panvel City Municipal Corporation (PCMC). The overall population in the nodes under PCMC is more than 10 lakh.

Kantilal Kadi, an activist from Panvel, said, “The civic body has failed to ensure regular water supply to the node. I am planning to sit on an indefinite hunger strike if the civic body fails to find a solution in 15 days.”

He has also written to chief minister Devendra Fadnavis on several occasions, highlighting the plight of Panvel residents.

PCMC chief Ganesh Deshmukh said, “The water crisis in the region will be resolved after implementation of the project under Atal Mission for Rejuvenation and Urban Transformation (AMRUT) Yojana. However, it will take three years. For now, 100 million litres per day (MLD) of additional water has been sanctioned by the government from Nhava Sheva project and will be supplied through Maharashtra Jeevan Pradhikaran (MJP). The state and Centre will spend ₹147 crore on the project.”

Surendra Dashore, MJP executive engineer, said they have implemented only 10% water cut despite Panvel having a dilapidated and leaking pipeline.

Ravi Srivastava, an activist from Kharghar, said, “Cidco’s initial plan of supplying water to the node was good, but it failed. It has to rely on multiple sources, which is problematic. The neighbouring corporation relies on a single source, Morbe dam, so the water supply is abundant.”

Laying a new pipeline from Hetwane dam has been stalled. The work to supply water from Kondhane dam to Panvel is still on. A Cidco official said, “The two major projects, which could probably end water woes in Panvel, are stuck owing to funding issues.”