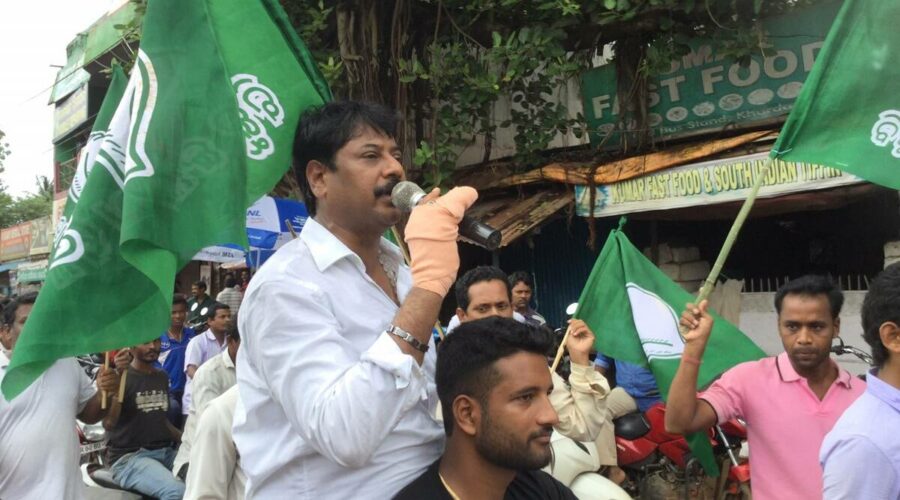 Prasant Jagdev had allegedly thrashed Niranjan Sethi when the latter was protesting against the delay in the distribution of cards under the National Food Security Act and aid for construction of houses under the Pradhan Mantri Awas Yojana. The Biju Janata Dal (BJD) on Wednesday suspended its MLA from Chilika constituency, Prasant Jagdev, from the party after he allegedly assaulted a local BJP leader. The suspension came after the Balugaon police in Odisha’s Khurda district registered a case against Jagdev after a video of the incident went viral and supporters of the BJP leader, Niranjan Sethi, staged a dharna outside the police station.

Jagdev, who is infamous for picking up brawls in public view, had allegedly thrashed Sethi when the latter was protesting against the delay in the distribution of cards under the National Food Security Act and assistance for construction of houses under the Pradhan Mantri Awas Yojana in Balugaon area of Khurda district. In the complaint, Sethi has alleged that Jagdev also attacked a photojournalist and snatched his mobile.

Based on his complaint, Jadgev has been booked under IPC sections 341 (wrongful restraint), 294 (obscene acts), 323 (voluntarily causing hurt), 506 (criminal intimidation) and under relevant sections of the SC/ST (Prevention of Atrocities) Act. “We are investigating the allegations made in the case. We have also received a video of the alleged incident and are checking the veracity,” said Manas Ranjan Barik, Sub-divisional police officer.

“I was at the spot to inquire about the delay in old-age pensions for beneficiaries. When I came out of the office, I saw the MLA distributing land pattas (land deeds). I objected stating that it was the work of government officials and not the elected representatives. And then, he started arguing and beating me,” Sethi said.

Jagdev is infamous for courting controversies due to his unruly behaviour. In August last year, the legislator was accused of misbehaving with a junior engineer with the Chilika Development Authority. In December 2018, he had allegedly threatened former Begunia sarpanch Naba Swain at the block office in the presence of district officials. In November 2016, he allegedly flung a kerosene lantern at a woman tehsildar of Bolgad when she was mapping a plot of land.