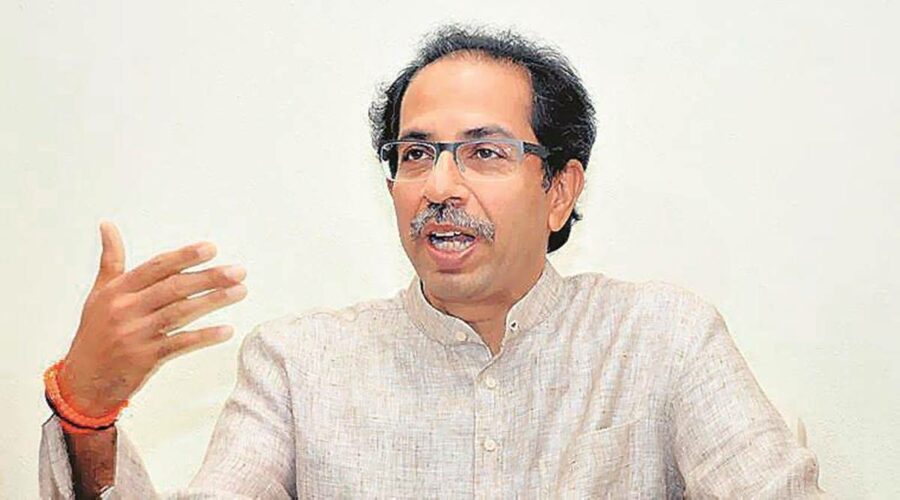 With this, the Maha Vikas Aghadi government hopes to complete the nomination process to fill 12 vacancies in the Legislative Council, the upper house of the state Assembly. In a move towards resolving the long-pending impasse with Governor Bhagat Singh Koshyari on nominations to the Legislative Council, the delegation led by Chief Minister Uddhav Thackeray to Raj Bhavan on Wednesday submitted a letter dropping one name from the previous list and recommending a new name in its place.

With this, the Maha Vikas Aghadi government hopes to complete the nomination process to fill 12 vacancies in the Legislative Council, the upper house of the state Assembly.

Sources in the government said that Raju Shetty has been dropped from the list. He was an NCP nominee. The party has recommended a new name.

Thackeray gave two letters to Koshyari during the meeting, The Indian Express has learnt — one about the change of nomination, and another reminding him to approve the list at the earliest. The governor gave no commitment on clearing the new list, sources said.

The NCP was tightlipped about the replacement for Shetty. On Thursday Pawar indicated that Shetty’s name had been dropped from the list of 12 names recommended last year by the state cabinet.

“New information has come to the fore that those who have lost the election are not appointed to the upper house of the state legislature. We are verifying this new information. If there is any issue in it, then the chief minister will take the decision on it,” Pawar said while speaking to mediapersons.

Shetty, a former MP, told mediapersons said that the NCP was not doing any favour to his Swabhimani Paksh but offering an MLC post through the governor quota was part of an understanding reached ahead of the 2019 Lok Sabha polls. “Now, it is up to the NCP whether to honour the premises or not. It is not a life and death issue for us,” he said.

Sources pointed out that Shetty has taken an aggressive stand against the ruling NCP in the last couple of weeks over multiple issues in Kolhapur and Sangli districts. This too could have played a role in the NCP dropping Shetty’s name from the list and recommending the new one, the sources said.

There is also a discussion in the NCP on dropping another name. “In one of the cabinet meetings last month, there was a discussion about dropping two names from the 12 names and recommending two new names. All rights have been given to the CM to decide on it,” said a cabinet minister, on condition of anonymity.

According to a minister, Eknath Khadse could be the second person, but only if the need arises. Khadse left the BJP to join the NCP before the state assembly elections. Shetty too was close to the BJP earlier, but has better relations with NCP now. Dropping one or both would also signal accommodation of the BJP, a rare act of political compromise between the two sides.

“Even after the change in name of one member, if the list is not approved, then Khadse’s name can be dropped and he can be accommodated to the Legislative Council through other elections later on,” the minister added.

It is nearly 10 months since a delegation of MVA ministers met Koshyari at Raj Bhavan and handed the list of 12 names, recommended by the state cabinet, to be nominated to the Upper House through the governor quota. However, the governor has not taken any decision on it yet.

Besides Shetty and Khadse, the list includes the names of Yashpal Bhinge and Anand Shinde from NCP; Rajni Patil, Sachin Sawant, Muzaffar Hussain and Anniruddha Vankar from Congress as well as Urmila Matondkar, Nitin Bangude-Patil, Vijay Karanjkar and Chandrakant Raghuvanshi from Shiv Sena.

Last month, the Bombay High Court said that it is “desirable” that the governor decides on the recommendations of the state cabinet on nominating 12 members to the Legislative Council at the earliest. The court said that constitutional functionaries and authorities “ought to stand tall and rise above all differences of opinion” and “arrive at a workable solution as quickly as possible”.

The HC further said it was the governor’s obligation to accept or return the recommendations made by the cabinet within a reasonable time and that seats in the Legislative Council “cannot be kept vacant indefinitely” else the “statutory intent will stand defeated”.

09/02/2021 Cities Comments Off on Nominations to Maharashtra Legislative Council: CM drops one name, recommends a new one, in letter to Governor
India