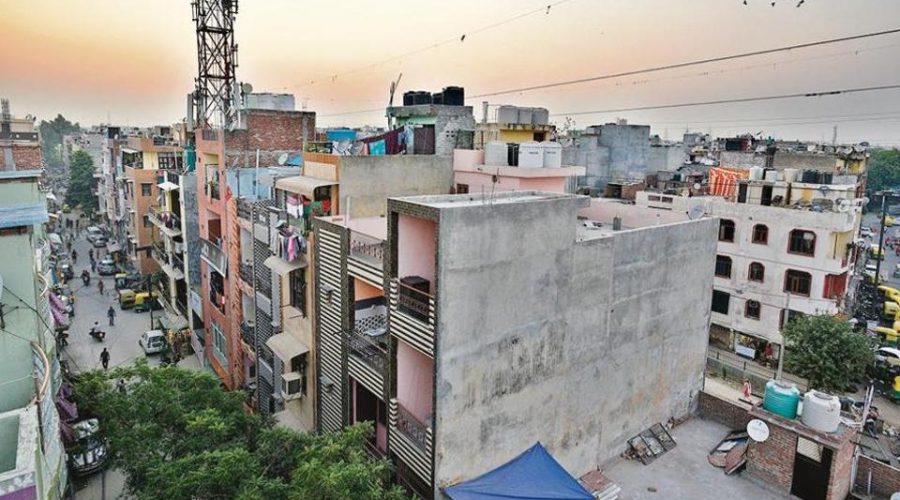 No new registry papers have been issued in Delhi’s 1,731 unauthorised colonies since January 3, when the first batch of 20 residents were given conveyance deed and registry documents under the Centre’s PM-UDAY scheme. The Delhi Development Authority (DDA), which is the nodal agency for implementation of the scheme, is not issuing the conveyance deed (based on which the registry is done) due to the imposition of the Model Code of Conduct for the February 8 assembly elections.

According to the land-owning agency, close to 1.55 lakh property owners in Delhi’s 1,731 unauthorised colonies have registered on DDA’s portal of which over 4,000 have submitted their documents for verification.

For registry of their properties with the Delhi government’s revenue department, residents of unauthorised colonies have to get a conveyance deed from the Delhi Development Authority.

For this, they will have to register on DDA website and fill the application form under PM-UDAY. The applications will be processed following which a ground survey will be done to measure the property. The property owner will have to upload property documents. After verification, DDA will issue conveyance deed based on which registry papers are issued.

“We have done the geo-coordinate mapping of over 1,500 properties. But we can’t issue the conveyance deed as the election code of conduct is in place. So, far we have given conveyance deed to only 20 property owners in two unauthorised colonies (Raja Vihar and Suraj Park) based on which registry papers were issued to them,” said a senior DDA official aware of the developments.

The model code for Delhi elections came into force from January 6, immediately after the election commission announcing the schedule for the polls.

The process to issue conveyance deed will start after the elections, said a senior housing and urban affairs (HUA) ministry official. “People can register on the DDA website and submit their applications. They can even pay for the process. But conveyance deed can’t be issued to them right now as it will be a violation of the election code of conduct. The process will start after the code of conduct is lifted,” the ministry official said.

Under Pradhan Mantri Unauthorised Colonies in Delhi Awas Adhikar Yojana (PM-UDAY), 20 property owners in Suraj Park and Raja Vihar — both in Rohini Assembly constituency, which is represented by BJP MLA Vijender Gupta — were given the ownership rights documents.

In an interview to HT on January 9, Union minister Prakash Javadekar, the BJP’s in-charge for Delhi elections, had said that “minimum 50,000 registries” will be done before the elections. HUA officials said, “The number of people registering for ownership of their properties is increasing by the day. Those whose property survey and paperwork was completed before the election code of conduct kicked in will be given registry soon while others will get it after the elections.”

The BJP is projecting the Centre’s decision to confer ownership rights to residents as one of its main achievements in the campaign for the assembly elections. The issue has become a major flashpoint between the BJP-led Centre and the ruling Aam Aadmi party (AAP) in Delhi. The Centre has blamed the state government for delaying the process, while the latter has termed the process initiated by the Centre as “fraudulent” as the land-use of these colonies has not been changed.

In Raja Vihar, property owners said they had no information about the status of their applications. Dayal Sharan Sahoo, who has a four-storey house, is waiting for a message from the DDA regarding his application.

“I had applied in December after which people came to take the measurement of my house. I also paid ₹1,120 to them. But since then, I have not heard from the DDA. I have made several rounds to the DDA office to check the status of my application. Every time I go there, they tell me that it will happen soon,” said Sahoo.

Like Sahoo, many have applied for ownership rights but are awaiting the final document.

Praveen Kumar, an architect and a resident of Suraj Park, said there is uncertainty among people as no new registry has been issued in the past two weeks. “The survey team has taken money from us, but not given us a proper receipt. The company name is not on the receipt. People are keen on registering their property, but now there is uncertainty over it,” said Kumar.

According to the DDA officials at the help desk set up by the land-owning agency in Rohini, over 700 people have registered and close to 100 have submitted their documents for ownership rights.

A senior DDA official said, “There will be huge pressure on us to complete the survey and issue the conveyance deed after the elections are over. We are putting the system in place to deal with the rush. We are also hiring more agencies to do the survey.”

Related posts:
01/17/2020 Cities Comments Off on No new registry being issued in Delhi’s unauthorised colonies till completion of poll process
TV & Movies