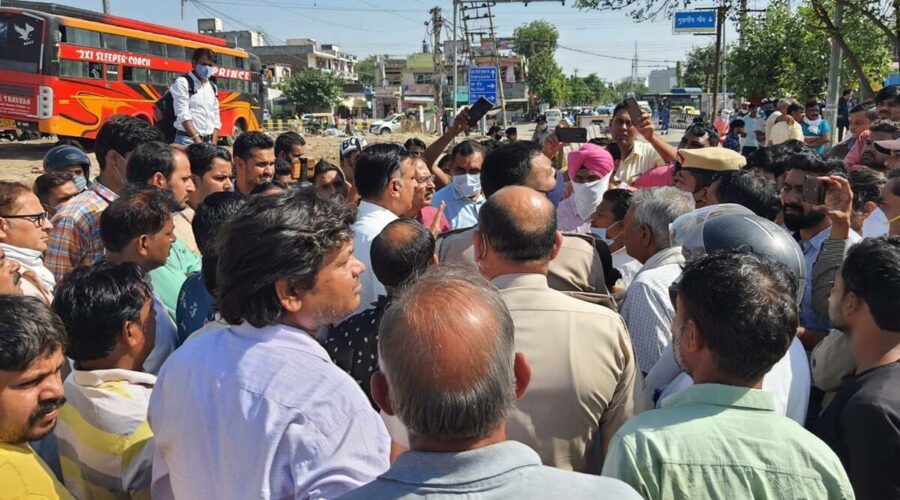 In complaint to police, protesters claim they suspect worshippers are ‘outsiders’ and that their IDs should be checked While namaz at Gurgaon’s sector 47 site, which has faced protests over the past month from residents, went off peacefully, another site in Gurgaon saw a flare up Friday after at least 30 protesters, including those affiliated with Bajrang Dal, disrupted Friday prayers at sector 12 A chowk. 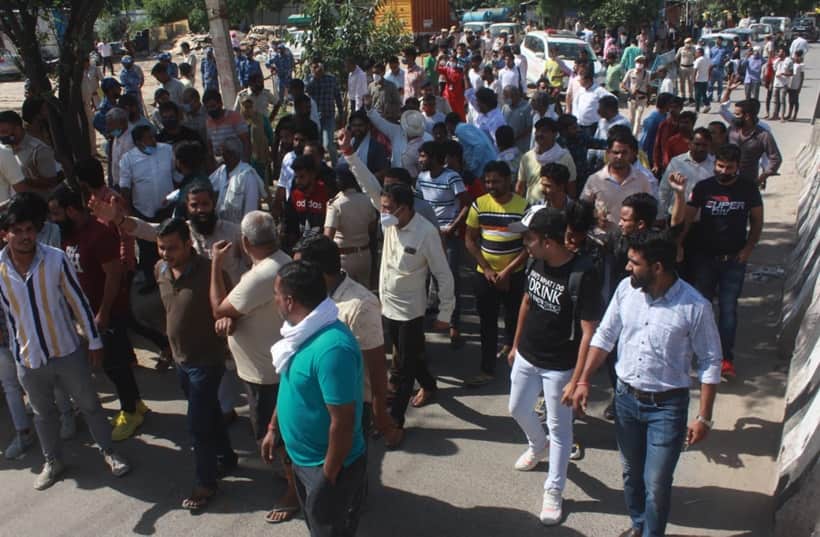 The protesters also told police that if namaz is offered at the same site next Friday and an “unfortunate incident” were to occur, it would be the responsibility of the administration.

Police sources and district administration officials said that sector 12 site had been chosen for prayers “with the consent of residents” after namaz was disrupted at another location. It is among 37 sites finalised on May 18, 2018 by the administration for Friday prayers after discussions with members of both communities. Police said prayers have been offered here for more than a year now without disruptions.

Protesters, however, alleged the ‘permission’ granted by the administration was only for one day and conditional on the ground that there would be no objection from local residents. 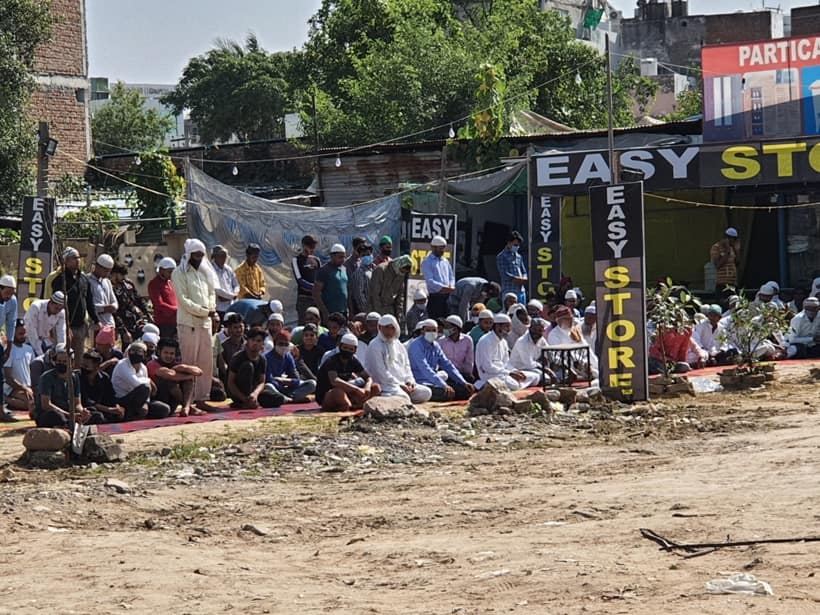 In a written complaint submitted to the police Friday, a resident of Rajiv Nagar claimed that for some time, people who are not from nearby areas — Rajiv Nagar, Mianwali colony and Gurgaon village — had been offering namaz at sector 12 A chowk.

In the letter, signed by protesters, she claimed: “I have a suspicion that these people are Rohingyas or from Bangladesh. Their IDs should be checked and a written list should be prepared. The residents of the area are outraged about this issue and it could escalate into violence.”

Kulbhushan Bhardwaj, who was leading the protests on Friday, said, “We don’t object to local residents from Muslim community who are offering prayers. But, there has to be an enquiry to check who are these ‘outsiders’ who are coming here illegally and disturbing harmony. We don’t know who they are. This will not be tolerated. Residents in sector 47 are also protesting. Namaz should be offered in mosques. We have given a complaint in writing to the police.”

Yash Garg, deputy commissioner (DC), Gurgaon, said, “We have taken cognizance of the matter. There were protests today during namaz in sector 12. We are examining it from all angles and a decision shall be taken keeping in mind everyone’s sentiments.”

Last week, after consultations with the DC, residents of sector 47 had decided to defer the protests for at least two weeks.

Addressing the issue after chairing a meeting of the grievance redressal committee in Gurgaon last week, Haryana chief minister Manohar Lal Khattar had said, “Everyone has a right to pray. No one should hurt the sentiments of others and nor should anyone disrupt the prayers. Prayers should be offered at the designated sites as suggested by the administration. At the same time, it should not lead to any hindrance related to any task or traffic. The administration is handling the situation and I have asked them to resolve the issue amicably with agreement of all parties.”

Rahees Khan, who had come to pray at sector 12 A, said, “At 12.45 pm, a group of people raising slogans gathered at the site and tried to disrupt namaz. The protesters argued with the police for an hour and asked them to shift the location. I have been coming to this site to pray for more than a year. During the lockdown, the prayers did not occur.”

Satender Singh, SHO, sector 14 police station, said, “A group of 30-35 protesters including from Bajrang Dal had objected to namaz prayers at sector 12 chowk. They resorted to sloganeering. We asked them to submit their complaint and issues in writing. They have submitted one. The protesters also said that they would not allow the namaz to be held at the site from next week. The police and district administration are working to resolve the issue.”

Haji Shehzad Khan, chairman of the Muslim Ekta Manch, said, “It is the responsibility of administration to ensure protection for people who are praying at the designated sites. In the past few months, namaz has been disrupted at several locations in the city.”