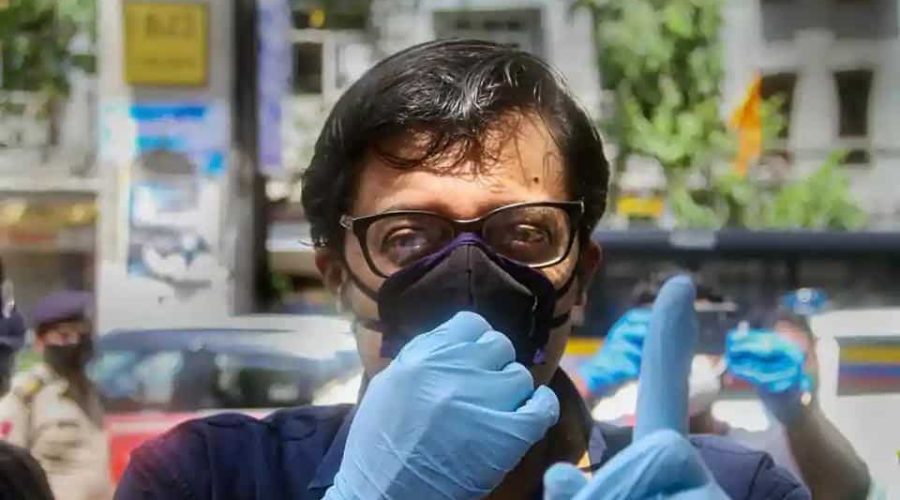 The Mumbai Police said on Thursday that they unearthed a “major racket” of gaming television rating points, or TRPs, by at least three channels, including Republic TV, and arrested four people, contending that the manipulated audience numbers were crucial because they directly translated into advertising revenue.

The action provoked an instant denial from Republic TV, which claimed it was being targeted for its coverage of the Sushant Singh Rajput case, and added that it would sue the police.

“We found some channels were paying former Hansa research group employees — contracted by BARC to carry out the research. They, in turn, were paying certain households to keep certain channels like Republic switched on to show higher TRPs,” Mumbai’s police commissioner Param Bir Singh said, adding that apart from Republic, Fakt Marathi and Box Cinema were also found to be gaming the system.

The revelations by the commissioner at a press conference set off a storm, with an angry denial from Republic’s managing director and editor-in-chief Arnab Goswami and triumphalist tweets by anchors working at the channel’s rivals.

According to the latest TRP ratings, Republic is the most watched English language news channel.

The police said Hansa and BARC complained after they spotted “unusual trends” in viewership.

Following this, the police arrested Sanjiv Rao, found ₹20 lakh in his bank account and ₹8.5 lakh from his locker, which they contended was being paid to some households to keep certain channels on.

“In some cases, people who did not understand English were keeping English channels like Republic on through the day,” Singh added. Some channels paid households as much as ₹500 a day, the police said.

Republic responded in its statement that it would “file a criminal defamation case against Mumbai police commissioner Param Bir Singh”.

It added: “There is not a single BARC report which mentions Republic TV. The people of India know the truth. Mr. Param Bir Singh’s investigation in the Sushant Singh Rajput case is under cloud and this is a desperate measure because of the Republic TV’s reportage on Palghar, the Sushant Singh Rajput case or any other case. This kind of targeting only strengthens the resolve of everyone at Republic TV to push for the truth even harder. Param Bir Singh stands completely exposed today. Since BARC has not mentioned Republic in any single complaint, he should issue an official apology and get ready to face us in court.”

In a monologue on both Republic TV and Hindi channel Republic Bharat, an emotionally charged Goswami called the investigation a witch hunt, naming both Param Bir Singh and chief minister Uddhav Thackeray, among other political leaders.

The press conference and Republic’s reactions also set off a chain of political reactions.

“Free press is a defining feature of our democracy and a cherished ideal of the Constitution. Trampling on media freedom will not be tolerated by people of India. Targeting of the media by #Congress and its allies is against all principles of democracy and is unacceptable,” Union minister Prakash Javadekar tweeted.

“BJP knows very well that a blow on one of the four pillars of India’s democracy is enough to push the rest into a tumble. The blatant & shameless attack on press freedom is to achieve this objective. Citizens, be aware be alert, we have a duty towards our democracy,” the Congress party said in a tweet.

It also attached a video that showed Javadekar stressing the need for media to self-regulate effectively.

Shiv Sena MLC Manisha Kayande said it was shocking and surprising to see that some news channels were stooping to such levels just to increase their TRPs. “Police should reach the root of this and find out the mastermind. This episode has tarnished the image of the Institution of journalism, which is considered the fourth pillar of democracy,” she said.

State home minister Anil Deshmukh said action will be taken against the channels and their heads as per law.

“The investigation in the case is underway and action against the chiefs of the channels will be taken as per law. Police have asked for more clarification on a few things from the channels. There is no question of budging before any pressure. Investigation is underway and more details are expected to come out in the fake TRP case. It is a case of very serious violation for the sake of advertisement and revenue and action needs to be taken. We are not acting out of vengeance though a few channels have been constantly taking an anti-Maharashtra stand,” he told Marathi channel ABP Majha.

BJP’s Keshav Upadhye said the police should investigate the matter, but not act with bias and hound people unnecessarily. “There are several other extremely important issues, like the rising crime against women in Maharashtra, which need to be urgently addressed,” he said.

Bhandari in his statement to police said it was an old modus operandi to pay households where the meters used to record viewership were installed to keep certain channels on, helping fraudulently enhance ratings.

TRPs are the basis on which media planners decide which channels to advertise in; Singh said in the conference that the “money earned through ads by the channels using fake TRPs will be treated as proceeds of the crime”.

According to Hansa Research, approximately 30,000 BARC meters are installed in various parts of India to monitor various programmes and channels, and based on the statistical metrics, ratings are awarded to channels. Advertisers pay the channels at the rates fixed on the basis of the ratings.

“This is with reference to the media reports regarding TRP ratings being manipulated. Hansa Research and BARC conducted an investigation into the matter over the last few weeks, the conclusion of which resulted in Hansa Research filing an FIR against an ex-employee who was engaged in some wrongdoing. We will continue to cooperate with BARC and with the authorities as and when called upon to do so,” said Praveen Nijhara, CEO, Hansa Research.