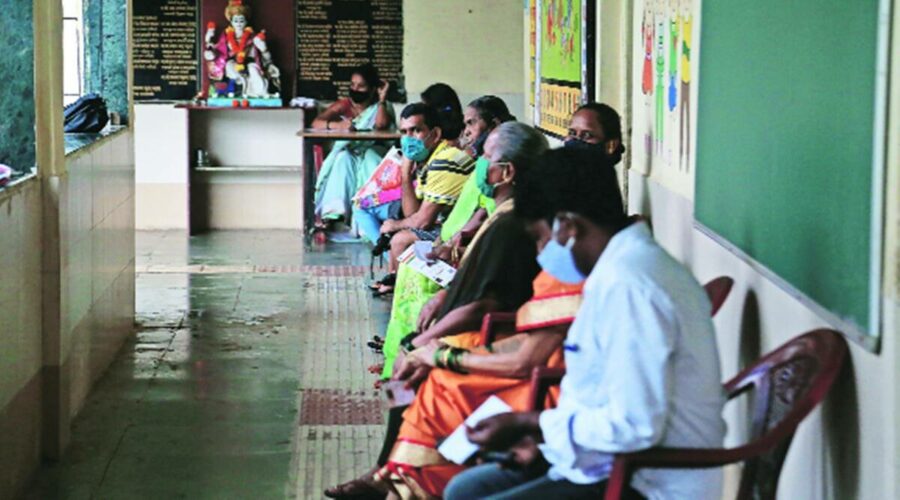 On Wednesday, BMC issued a notice to Hiranandani Heritage society to provide details of vaccination, the MoU signed with the hospital and registration form sent to the BMC before the drive. Additional municipal commissioner Suresh Kakani has ordered a probe. Inquiry into the private vaccination drive held two weeks back at a Kandivali society, where residents claimed they were scammed, has revealed that a marketing executive attached with the Kokilaben Dhirubhai Ambani hospital (KDAH) along with an official of a local medical association and an events management company had reached out to the housing society claiming to offer vaccination on behalf of the private hospital.

The Brihanmumbai Municipal Corporation (BMC) has initiated an inquiry into the matter even as an FIR is yet to be registered in the case. The Kokilaben hospital, meanwhile, said it has terminated the services of the employee in question – Rajesh Pandey.

On May 30, 390 residents participated in a purported Covid-19 vaccination drive in Hiranandani Heritage society, paying Rs 1,260 per dose. When their vaccination certificates came after a delay of 10 days, residents noticed that the date of vaccination and name of hospitals were different.

The Hiranandani Heritage Residents’ Welfare Association filed a complaint with Kandivali police earlier this week. Probe has so far revealed Pandey, along with Mahendra Singh of the medical association and the events management company had approached the society for the drive.

“Pandey, an employee of our hospital, has illegally and without authorisation been involved in this fraudulent activity,” Kokilaben hospital said in a statement on Wednesday. Chief Executive Officer (CEO) Dr Santosh Shetty said Pandey had no access to vaccines or CoWIN portal’s registration id in the hospital. “He was not involved in any vaccination drive. So far, we have carried out vaccination only at corporate camps and at housing societies within Andheri. No emails were exchanged officially between hospital and the society. Whatever Pandey did was on his own,” Shetty said.

On Wednesday, BMC issued a notice to Hiranandani Heritage society to provide details of vaccination, the memorandum of understanding (MoU) signed with the hospital and registration form sent to the BMC before the drive. Additional municipal commissioner Suresh Kakani has ordered a probe.

Sanjay Kurhade, assistant commissioner in R-South ward, said the housing society signed no MoU and the drive was not registered with the BMC.

The society paid Rs 4.91 lakh in cash at the vaccination site to Singh.

A police officer from Kandivali police station said, “The accused persons have not followed the procedure laid down for conducting a vaccination drive. We are taking legal advice to ascertain under what sections the accused can be booked for this violation, following which we will decide on the FIR.”