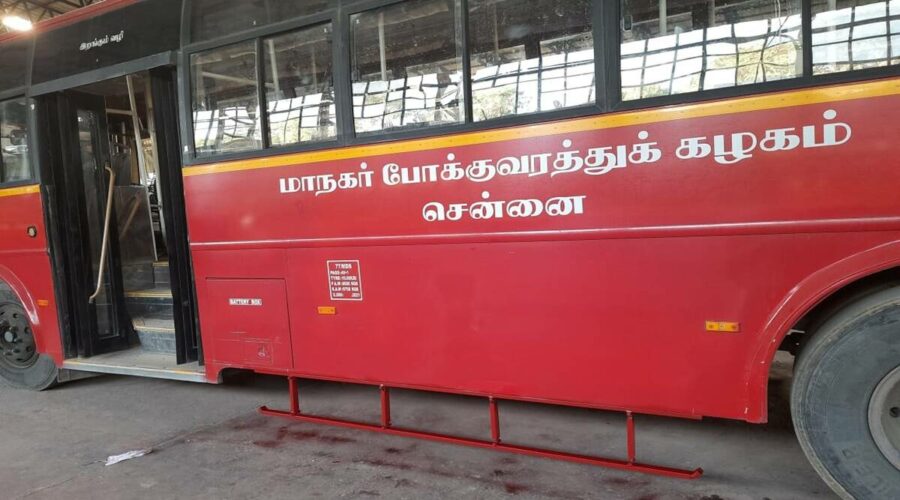 The rails will lower themselves automatically when the busses pass over a speed breaker and will push people outside onto the road if they slip from the footboards so that they are not run over by the rear wheels. The Metropolitan Transport Corporation (MTC), Chennai, has come up with a technique that might prevent people from slipping from the footboards of buses and getting run over subsequently.

The corporation has fixed auto-retractable rails on the sides of some of the buses. The rails will lower themselves automatically when the busses pass over a speed breaker on the road.

Despite multiple actions and fines, people, especially school and college students, are often seen traveling on the footboards. Unfortunately, they slip and are run over by the rear wheels of the buses. To avert such accidents, these rails will push them outside and prevent them from getting stuck under the wheels.

Speaking to indianexpress.com, a senior official of MTC said they have implemented this on a trial basis and based on the feedback from the corporation and the general public, they will set it up in all busses across the city. “Right now, we have installed this facility in three MTC busses which run on route numbers 597, 91C, 579 A. Our technical team came up with the idea as a part of our road safety measures. Apart from the people who travel on the footboard, this will also prevent two-wheelers from coming close to the wheels of the buses,” he said.