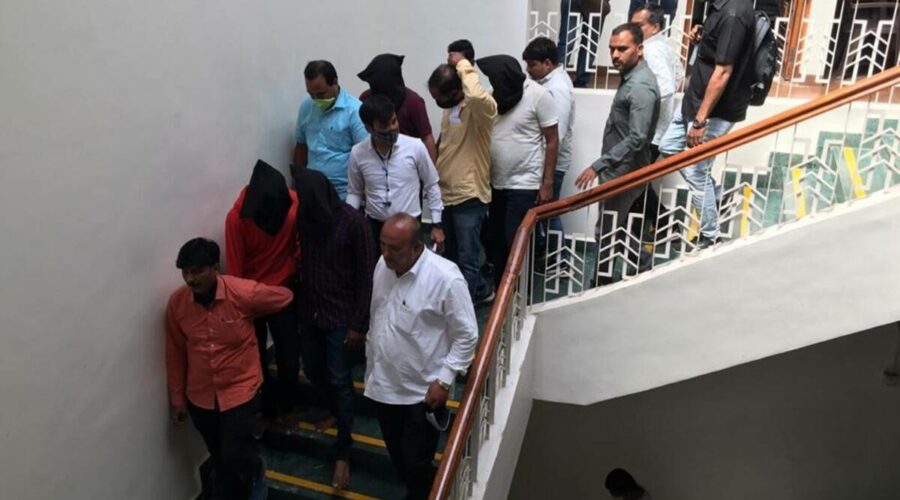 Probe has revealed that the suspects used an elaborate system of fake web portals, exams and medical tests and even conducted fake training sessions at various locations across the country. Following an input from the Southern Command’s Military Intelligence, the Pune police busted a job cheating racket in which aspiring youths were given fake recruitment letters of the Territorial Army (TA), Indian Railways and various banks for large sums of money.

Probe has revealed that the suspects used an elaborate system of fake web portals, exams and medical tests and even conducted fake training sessions at various locations across the country.

Sleuths from the Southern Command Military Intelligence had been analysing threads of a case in which a fake recruitment letter from the TA had been issued to a candidate and results of a fake recruitment process were published on a website with a domain name similar to the official website of the TA recruitment process. The suspects had also published a list of selected candidates by classifying and sorting them as per the Army’s Command formations.

A press statement issued on Wednesday by the Southern Command of the Army said, “A fraudulent recruitment module — involving issuance of recruitment documents and circulation of results of prospective candidates through fake websites for their selection into various government services like railways, banking and Territorial Army being run from Pune — was exposed jointly by Army and Police authorities based on an input provided by intelligence agencies of the Southern Command.”

The statement added, “The module had recently hosted a fake website of the Territorial Army and had uploaded names of selected candidates on it. Investigation further revealed that they were charging hefty amounts for the fraudulent recruitment from innocent aspirants wanting to join various government services. The aspirants were not only charged for their selection but also made to bear the expenses of travel, boarding and lodging during their trips to different dubious locations for fraudulent written exams, medical tests and training post the fraudulent recruitment.”

The Pune City Police’s Crime Branch, which is probing the case, arrested one person on Tuesday, Bharat Krushna Kate, a resident of Solapur who had been running a coaching institute for youths aspiring for various government jobs. A search has been launched for other suspects who are from Pune, Solapur and Uttar Pradesh. Officials said the racket had been operating for several months and many youths are suspected to have been cheated of large sums of money. Investigators are probing how many youths have been cheated in this manner by the racketeers, who are known to have held fake exams and medical tests in Delhi, Jhansi, Ranchi, Lucknow and Jabalpur.

The Southern Command press note added, “They were charging Rs 4-5 lakh from aspiring candidates by making them false promises for their selection in government services. The innocent aspirants were made to believe their selection through fake call letters, admit cards, joining letters, medicals and training at dubious locations. The joint proactive action of Southern Command and the Maharashtra police is reflective of the Army’s zero tolerance of corruption. Candidates are once again advised not to fall prey to these inimical elements and report any such luring incidents to Army Authorities immediately.”

The territorial Army is a part of the regular Army and its role is to relieve the regular Army formations from their static duties and assist civil administration in dealing with natural calamities and maintenance of essential services in situations where life of the communities is affected or the security of the country is threatened. The TA also provides its units for the regular Army as and when required.

This latest joint action by the Army and Pune police comes months after they busted another racket in a joint operation in which exam papers of the soldier recruitment process were leaked in February. The case has till now seen nine arrests, including three serving Army officers — a Lieutenant Colonel and two Majors, two serving soldiers, three ex-servicemen and one civilian. In the backdrop of an ongoing probe in the paper leak, the Army authorities recently said the Southern Army Commander Lieutenant General JS Nain has instituted proactive measures to enable early completion of the investigation. In this case, too, suspects linked to the coaching institutes for youths have played a central role, sources said.