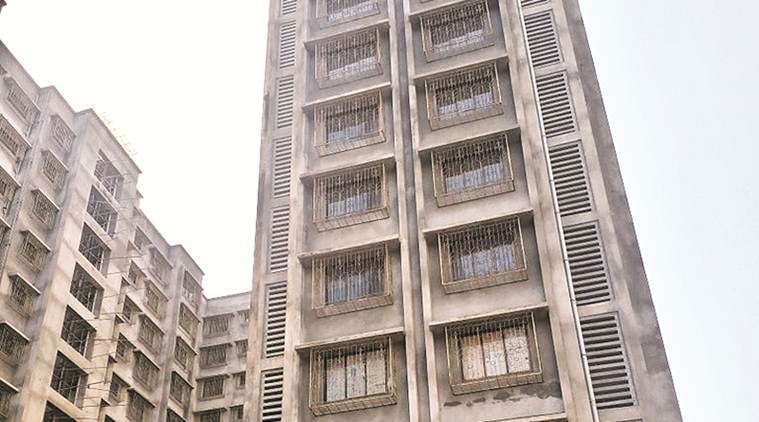 Maitri, the housing society in question, stands on a prime state-owned plot near the Grand Hyatt hotel in Kalina that had been originally offered to Pakistan for its consulate. THE MAHARASHTRA Housing and Area Development Authority (MHADA) is considering a review of the memberships allotted in a high-rise housing society comprising bureaucrats, police officers and senior state government officials in suburban Mumbai.

Maitri, the housing society in question, stands on a prime state-owned plot near the Grand Hyatt hotel in Kalina that had been originally offered to Pakistan for its consulate.

State-run MHADA has sought a fresh survey of the eligibility of the members allotted homes in the society. It has justified the proposal by citing a Bombay HC verdict, issued last May, which had ruled that an individual, even if he is a judge or a bureaucrat, should not get another flat if he already has one under a government scheme.

On August 31, 2009, also the day when the model code of conduct kicked in for then Assembly polls, the then Congress-led government had first approved the proposal to offer 84 homes. While approving the contentious proposal, it had also approved memberships of the 84 beneficiaries, which include senior IAS officers like Deepak Kapoor, Pravin Darade, Kshtrapati Shivaji, Bipin Shrimali, Ashish Sharma, Chandrakant Pulkundwar and senior IPS officers like Ashutosh Dumbre, Sukhwinder Singh and Sanjay Darade, among others.

While MHADA was directed to build these homes, illegalities and controversies have dogged the high-rise project since the very beginning.

MHADA has so far constructed three 12-storied buildings at the plot. It has, however, been found that the building contractor had violated Mumbai’s development control regulations and utilised more buildable area than was permitted. While MHADA norms cap the apartment size for all high-income segment categories to 1,076 sq ft, the government’s own investigation has revealed that each of the apartment in the society has a floor area of more than 1,300 sq ft. The housing scheme was sanctioned under regulation 13(2) of the Maharashtra Housing and Area Development (Estate Management, Sale, Transfer, and Exchange of Tenements), Act, 1981, which permits MHADA to build homes for a specific category of persons with the government’s prior sanction.

The May 4, 2018, HC order came at a hearing challenging a similar allotment made for a society of sitting Bombay HC judges in suburban Oshiwara.

“Since MHADA has not given the possession of the homes in Maitri’s case, we have sought a fresh look at the eligibility following the court verdict,” said a senior MHADA official.

With the project yet to be completed 10 years later, several beneficiaries have already secured a house in other government schemes. “On application of the revised eligibility norm, most of the existing members will be disqualified,” said a senior official. Incidentally, the MHADA is also considering a case of reexamination of the memberships in the judges’ housing society on the same lines, said sources.
When contacted, IAS officer Kailash Pagare, the chairman of the Maitri housing society, said: “Our plea to the government is to take a firm decision. It has been 10 years since the allotment. But we are still awaiting possession.”

The MHADA’s proposal comes at a time when a housing department’s proposal for the cancellation of the allotment itself is pending with the Chief Minister’s Office. RTI activist Anil Galgali, who first brought out the illegalities in the project, demanded the scrapping of the scheme.

05/21/2019 Cities Comments Off on MHADA wants new eligibility survey, many in dock
India