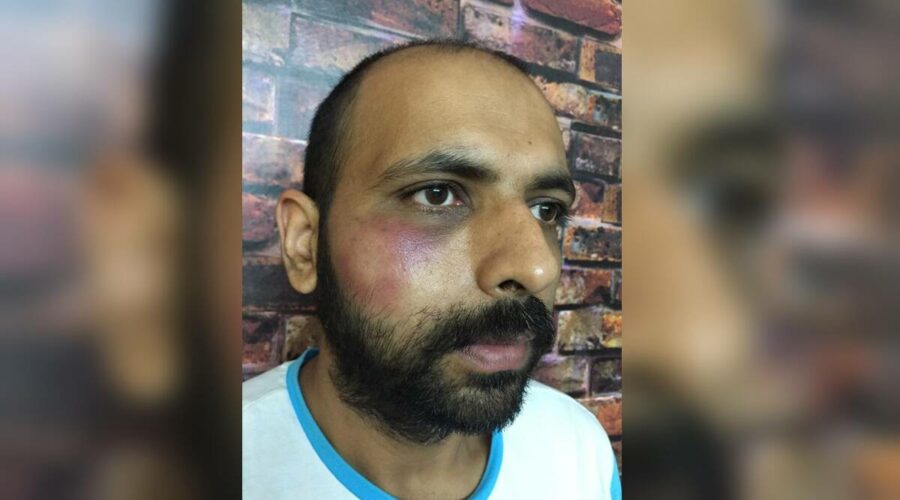 An FIR was filed at the Balongi police station, in which Varun said the attackers, while thrashing him, threatened to teach him a lesson for reportedly leaking CCTV footage. A head constable posted in the Punjab Vigilance Bureau in Mohali, which is currently probing two FIRs related to a disproportionate assets case involving a former DGP, alleged assault on him Thursday night by unidentified persons near Chappar Chiri.

The injured head constable, identified as Varun Kapoor, is posted in the financial investigation unit.

An FIR was filed at the Balongi police station, in which Varun said the attackers, while thrashing him, threatened to teach him a lesson for reportedly leaking CCTV footage. Selective video clips of the former DGP in the lock-up had gone viral on social media platforms after his arrest last month.

Varun is also a member of the technical team of the vigilance bureau.

The incident took place Thursday night when Varun was driving back to his home in Mohali’s SBP Valley in Sector-127 in his SUV.

In the FIR, Varun said he was heading towards his home to bring a laptop containing the material related to the two FIRs — one filed in 2020 and the other filed in August this year — of the disproportionate assets case.

SHO of Balongi police station Inspector Rajpal said, “We lodged an FIR as per head constable Varun Kapoor’s statement. He claimed that the assailants spoke of teaching him a lesson for leaking the CCTV footage. We are investigating the case.” A case under charges of obstructing a public servant, assault, illegal confinement, common intention has been registered.

In his complaint, Varun alleged that while crossing Chapparchiri, two motorcycle-borne youths attracted his attention and signalled towards the right-side rear wheel of his car. When Varun stopped the car and tried to check the wheel from the driver’s seat, the duo started assaulting him and tried to drag him out of the car. Since he still had his seatbelt on, the attackers couldn’t manage to pull him out.

He also told the police that one of the assailants repeatedly punched him while the other shouted that they would teach him a lesson for leaking CCTV footage.

Varun added, while escaping from the spot, four more unknown persons chased him. Later, he reached Mohali Civil Hospital in Phase-6 to get treated for the injuries. Senior vigilance officers, including a DSP-rank officer, visited him in the hospital.