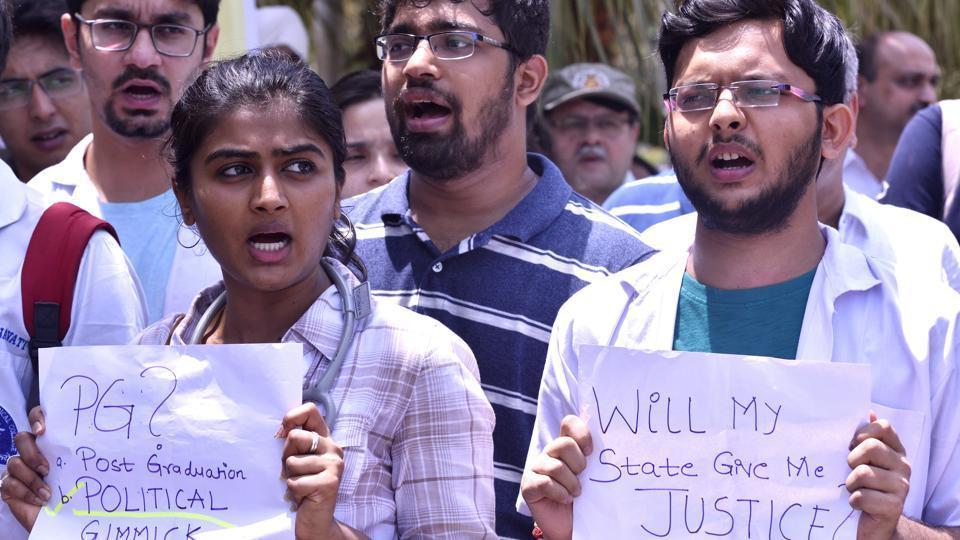 A day after the state issued an ordinance to introduce reservation for Marathas in postgraduate (PG) medical and dental course admissions this year, three medical aspirants from the city on Tuesday challenged the move in the Supreme Court (SC).

Meanwhile, the government as well as Vinod Patil, an activist who had filed a petition in the Bombay high court (HC) in favour of Maratha quota, on Tuesday filed a caveat in the SC, requesting the court to hear their side before passing any judgment related to the ordinance.

On May 2, the Nagpur bench of Bombay high court (HC) ruled that 16% reservation for Marathas under the socially and educationally backward class (SEBC) category won’t apply to PG medical and dental courses, as the registration process for their entrance tests began before the Act came into effect. The SC, on May 9, upheld the HC’s judgment, after which the state decided to pass an ordinance.

The state’s ordinance introduces an amendment to the SEBC Reservation Act, 2018 to remove the legal hitch in applying Maratha reservation to PG medical and dental courses in the state this year. A new clause added to the Act sets the last day to apply for admission to the courses, for which admissions are conducted through national entrance tests such as national Eligibility-cum-Entrance Test (NEET), as the cut-off day for implementing the quota.

Earlier, the Act had fixed the beginning of entrance test process as the cut-off date for all courses, which resulted in legal challenges to Maratha quota in PG dental and medical courses in the state, as the application process for entrance tests for these courses began on October 16 and November 2, respectively, much before the Act became a law on November 30.

“The reservation can’t be applied after the admission process has begun and a challenge to SEBC quota [in jobs and education] is pending in the HC,” said Sudha Shenoy, parent of a medical student supporting the petition. A division bench of justices Ranjit More and Justice Bharati Dangre, which heard the petitions on Maratha quota in jobs and education, has reserved its order in March and has not heard the matter after that.