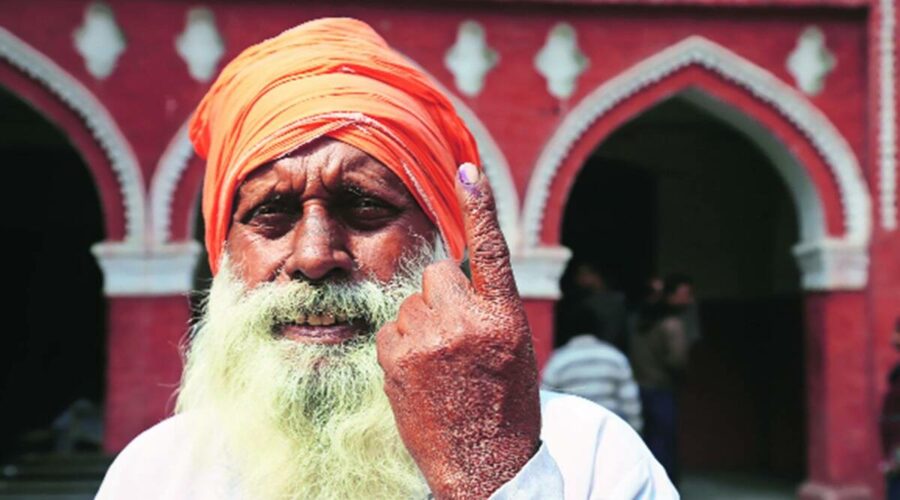 Mansa recorded the maximum turnout of 82.99 per cent, followed by Bathinda at 79 per cent, while Sangrur witnessed a turnout of 77.39 per cent. Mohali witnessed the lowest turnout at 60.08% per cent. AMID COMPLAINTS of booth rigging, bogus voting and clashes between workers of different political parties, Punjab recorded a high turnout of 71.39 per cent in its civic body polls held Sunday. Counting will be happen on February 17, which will be a dry day in the state.

Elections were held in 117 urban local bodies (ULBs) — including eight municipal corporations, 109 municipal councils and nagar panchayats — of Punjab. Bypolls were held in four wards. In 2015, a turnout of 69 per cent was recorded.

Mansa recorded the maximum turnout of 82.99 per cent, followed by Bathinda at 79 per cent, while Sangrur witnessed a turnout of 77.39 per cent. Mohali witnessed the lowest turnout at 60.08% per cent. 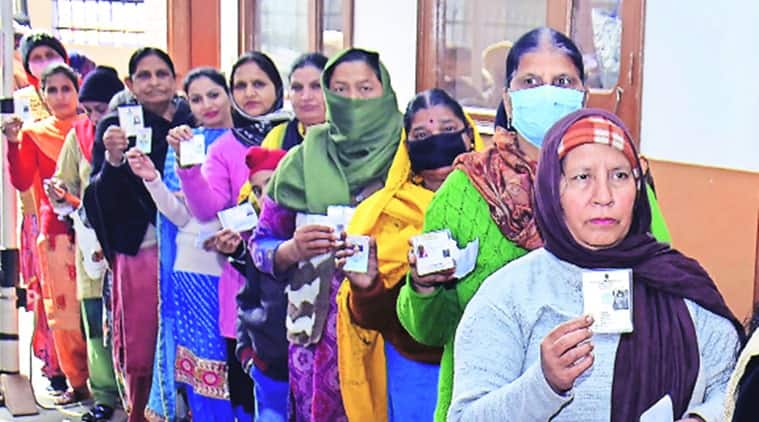 In Muktsar, the turf of the Badals, clashes happened between Shiromani Akali Dal (SAD) and Congress workers in the wee hours of Sunday and even in Gidderbaha, where SAD boycotted elections.

Hoshiarpur, Moga and Mohali were having municipal corporation elections, municipal councils and nagar panchayat elections. The three, which recorded low turnout, have a higher urban population.

Punjab’s rural areas—where many families are connected with the farm movement—have voted in large numbers in these civic body polls. Multiple nagar panchayats and municipal corporations in Mansa, Sangrur and Bathinda have seen around 85 per cent turnout. Interestingly, many areas which have a higher urban population saw a low turnout.

In Mansa, many interesting polling trends could be seen as Joga Nagar panchayat polled the highest at 87.12 per cent. Interestingly, in this nagar panchayat, only one candidate was contesting on AAP symbol and rest all were contesting as independents due to the ongoing farmers movement. Boha is another nagar panchayat in Mansa, which recorded 86.39 per cent poll turnout, which indicates that rural people are more inclined to use their voting rights.

So was the case in Longowal Municipal Council (MC) in Sangrur, which recorded 84.32 per cent turnout while Tapa MC in Barnala district recorded 83.04 per cent followed by Lehragaga MC in Sangrur at 83 per cent. All these councils have more of a rural votebank.

Municipal Council (C category) Sangat in Bathinda recorded a turnout of 89.86 per cent while Kotshamir NP was at 88.34 per cent, followed by Kotfatta  MC at 87.38 per cent.

Rural areas — where many families are connected with the farm movement, with a number of them camping at Delhi borders and staging more than 100 dharnas in Punjab — thus voter in larger numbers.

A spokesperson of Punjab State Election Commission said that Roopnagar recorded a turnout of 73.80 per cent.