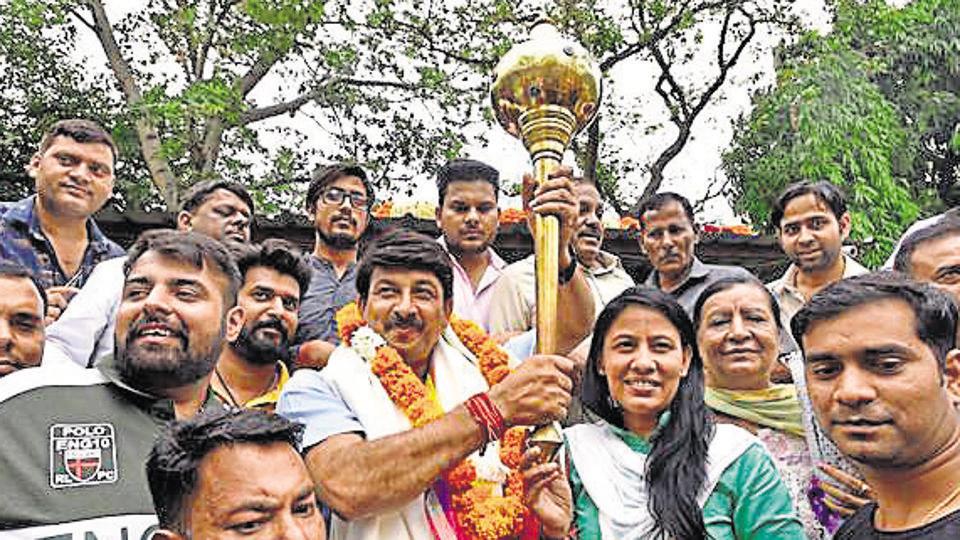 In a bid to garner the support of the people living in slum clusters, considered to be an Aam Aadmi Party (AAP) stronghold, BJP has planned more such events in the days to come.

“I have come here to understand the problems of the area and establish a dialogue with the residents of this region. When I was campaigning for Lok Sabha elections here I saw broken roads and improper drainage arethat the main issues. I will try my level best to address these issues.

Ravi Kumar, a resident of the area said that visits of popular political leaders to any such deprived area puts pressure on the authorities to streamline the problems. “Other parties should also follow suit,” he said.

“The results have shown that the BJP have rejected the negative politics of the AAP. This is a clear indication of change which people of Delhi now want,” said Shyam Jaju, Delhi BJP in-charge.

“Our aim is to ensure that BJP, which is right now in power at the Centre and municipal corporations, is in power in the state so that we can start work on all the development projects which have been stalled by the AAP-led government,” said Pratyush Kanth, media in-charge, Delhi BJP. “This will be Tiwari’s 20th night stay since he took charge as Delhi BJP chief. He will be doing two night stays every month in slums.”

AAP national spokesperson Saurabh Bharadwaj said, “BJP will have to rethink their strategy. Their core voter base hates people in slum, and also hate political parties who think about slum dwellers. We would like to know what BJP is proposing for slum dwellers.