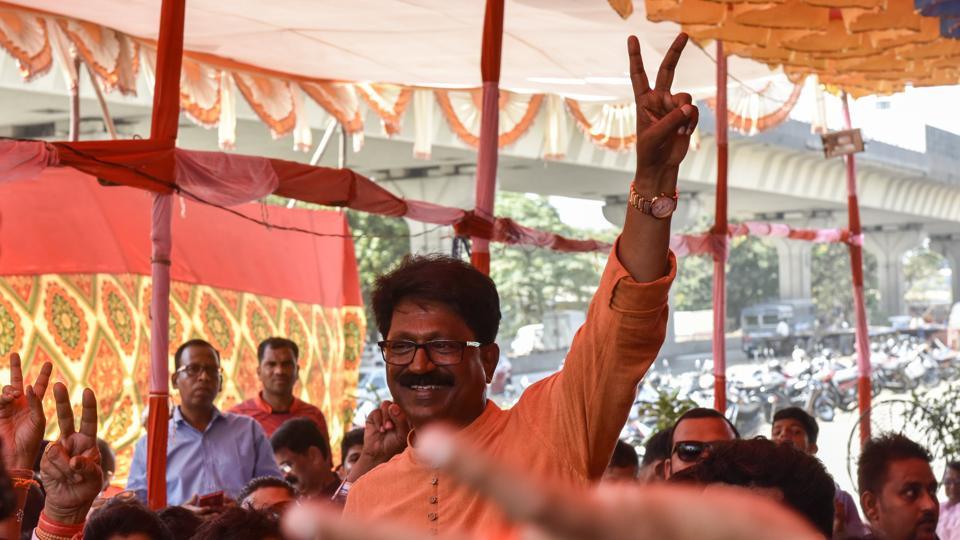 Malabar Hill Assembly segment gave Shiv Sena’s Arvind Sawant the highest lead of 58,569 votes over Congress candidate Milind Deora, paving the way for his easy victory in Mumbai South constituency. Sawant got a lead in Colaba, with gains in Worli and Sewri, while Deora led in Mumbadevi and Byculla segments.

Dominated by Bharatiya Janata Party (BJP) supporters, Malabar Hill area houses businessmen from the city. According to pre-poll predictions, voters from this area were fence-sitters owing to discontent towards a few policies of the government such as demonetisation and goods and services tax, which affected the business class directly than the service sector. Analysts had said the voting pattern from this region would determine the winner.

The fact was not lost on Deora, who tried to garner support from several businessmen, and met with multiple residents through the course of his campaign.

Hemant Desai, a senior political analyst, said, “The voting pattern was the same as 2014. It was predictable. In 2014 too, Sawant had bagged a lead in Malabar Hill area, owing to Sena’s alliance with the BJP. He had got a lead in Sewri, where 80% of the population is Marathi, and Worli, considered the Sena’s home turf.”

Desai said, “The Congress has poor presence in Worli and Sewri, and the BJP has strong support in Malabar Hill. Besides, we cannot deny the Vanchit Bahujan Aghadi (VBA) factor, which ate into a lot of anti-incumbency votes, even in Marathi-speaking areas, which would have otherwise gone to the Congress.”

Analysts said had it not been for the lead Sawant got in Malabar Hill, and the VBA factor in Sewri and Worli, it would have been a close contest.

The two Muslim-dominated Assembly constituencies in Mumbai South, however, gave Deora a considerable lead. In Mumbadevi and Byculla, Deora led by 34,869 votes, and 28,675 votes, respectively.