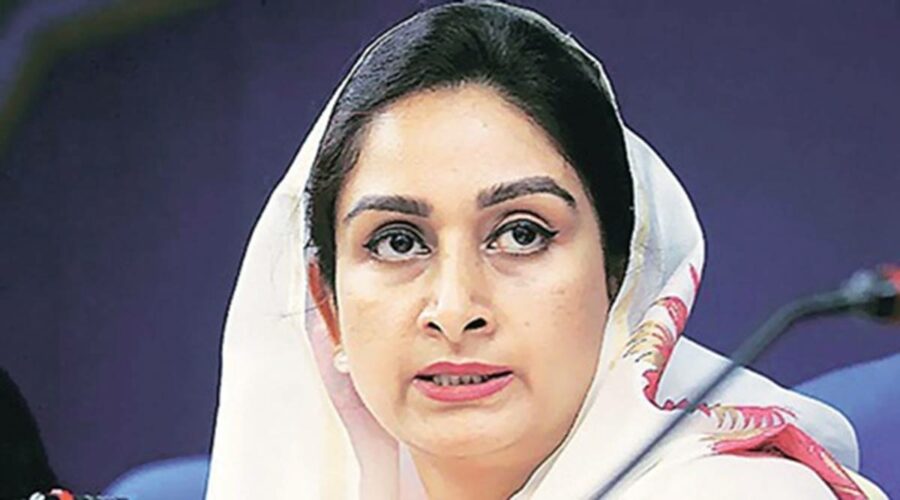 Harsimrat said if farmers started getting MSP for their produce, they would be able to live a life of self-respect. Bathinda Member of Parliament and former Union Cabinet minister Harsimrat Kaur Badal, who had on September 17 last year resigned from the Prime Minister Narendra Modi-led cabinet in protest against the three farm laws, Friday said that if the Centre was really sympathetic towards farmers, it should bring in a legislation to make the Minimum Support Price (MSP) for farm produces “a legal document”.

In a video message, Harsimrat said there would not have been any need to bring in the three farm laws had the Centre enacted a legislation to make MSP a legal document. She said if farmers started getting MSP for their produce, they would be able to live a life of self-respect. “I appeal that if you are really sympathetic towards the farmers, then you bring in (a Bill) in this very Parliament and in this very session. Else, this fight will remain incomplete and look like it was inspired by the elections.”

Harsimrat said she was short of words to praise “Guru Sahib” who “bestowed wisdom to the Central government” to announce the repeal of the three farm laws.

She was all praises for the one-and-a-half-year struggle of the farmers and said farmers have faced various vagaries of the weather but remained resolute to seek the repeal of the “three black laws” with their slogan “kanoon waapsi tak ghar waapsi nahi (Won’t return home till the laws are taken back).”

Explained |Why Modi withdrew the three farm laws — and the precedent from six years ago
Harsimrat also said that she thanked the almighty for “empowering farmers to wage a fight and for making them win it”.

She added, “Irrespective of the reasons due to which the Centre decided to repeal the three laws, the will of the farmers prevailed in the end.”

Harsimrat said, “Farmers continued their struggle despite incidents like Lakhimpur Kheri where they were mowed down, cane-charged, labelled as terrorists and middlemen, were booked in cases and were subjected to atrocities.”

Sukhbir Badal tweeted, “Wholeheartedly welcome the decision on repeal of 3 farming Black Laws. @Akali_Dal_ is particularly grateful that Guru Nanak Dev Ji’s Parkash Purab was chosen to announce it. I hope this decision unites the nation, which has seen much temper due to the protests”.

In another tweet, he wrote, “I only wish the Prime Minister would have taken the decision when @Akali_Dal_ had raised the issue at the time of enactment of these #FarmLaws. A lot would have been different then. Now I urge @PMOIndia to take it forward by withdrawing the cases against farmers.”

11/19/2021 Cities Comments Off on Make MSP a legal document if you are sympathetic towards farmers: Harsimrat tells Centre
India