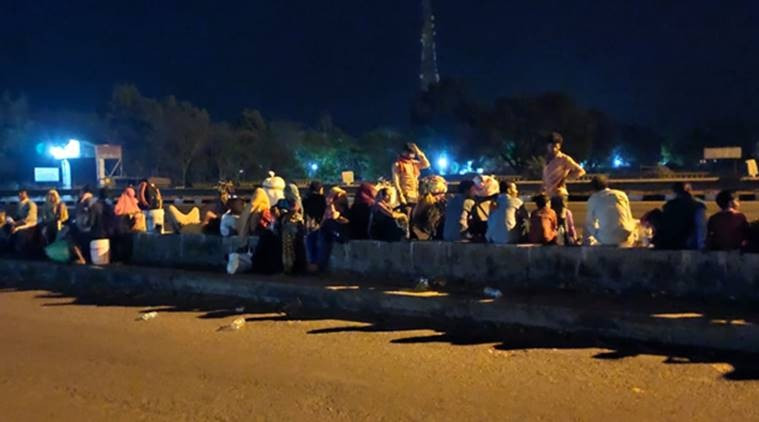 At some places in Mumbai, local residents have taken exception to such centres being put up in their locality and have claimed that this puts them at risk. 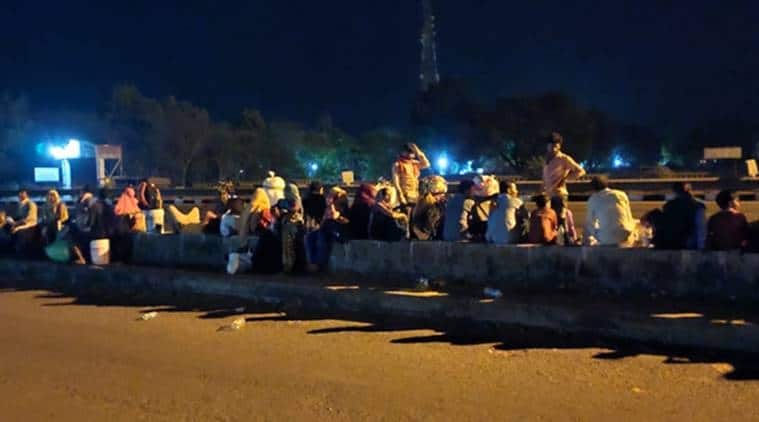 Just as Chief Minister Uddhav Thackeray declared on Sunday that 163 emergency safe spaces were up and running in the state to shelter stranded the homeless, including migrant labourers, 40-year-old Shanta Sawant was in fact turned away from one of them.

At some places in Mumbai, local residents have taken exception to such centres being put up in their locality and have claimed that this puts them at risk.

“Around 3 pm on Saturday, we were first taken to a (civic-run) school. But we weren’t let inside. Later, they took us to a community centre. But we were targeted by the local residents who didn’t want to be anywhere near us, so we returned,” said Sawant, who was among the 28 construction labourer families to face discrimination in Jogeshwari’s Ram Nagar.

Ironically, defying Uddhav’s directive was Shiv Sena corporator Sadhana Mane, who joined the local residents in opposing the use of the community centre as a temporary shelter. “If such people are brought near your home, would you welcome them? I do understand that there is a need to find safe accommodation for the migrant labourers and the homeless, but why should all of them be sheltered in my ward?”

Faced with discrimination, the 28 families, who are currently staying in makeshift hutments outside the Ram Mandir railway station, have decided not to seek a shelter home despite being aware of the vulnerability they face in light of the spike in COVID-19 cases.

Anil Shinde (35), a homeless labourer, said, “We won’t go back there. They (local residents) insulted us. Let the rations be delivered to us, we won’t go there.”

The 28 families are seasonal workers from Washim district who find themselves stranded amid the nationwide lockdown.

While the government supplies are yet to reach, Aakar, a community outfit, which works closely with such families, has been providing them food supplies. Sharda Arondekar, a volunteer with the NGO, said: “Even in times like these, such discrimination exists.”

Pallavi Lad (31), a Ram Nagar resident, however, justified the opposition by the locals. “Why should we take risks? The government talks of social distancing and then gathers all these street-side dwellers in one place, right next to where we stay. What about our safety, they haven’t even been tested.” Rajesh Pawaskar, another resident, said, “There is no one to supervise them and they have been wandering freely. This worries us. If something happens to any of us, where will we go?”

The P-South ward was one of the few that could get a shelter up and running on Sunday. The other shelter is a school at Unnat Nagar but sources said that people may soon be shifted out of there.

While Uddhav on Friday had announced that civic schools will be converted into temporary shelters to house the homeless, the decision was later reconsidered due to some opposition from a section of bureaucrats and politicians who were wary of the “damage” that school properties could suffer. On Sunday, it was decided to use community centres as shelter homes in the interim, while discussions are on with builders and government agencies to find alternate shelters.

At Aadharika Mahila Vikas Sanstha Kendra in Borivali, another makeshift shelter, Ruchi Mane, the centre’s director, said that while they are taking care of 30 homeless people, these families come to eat but do not stay. She added that they preferred to be on the road to benefit from the benevolence of do-gooders, who distribute food packets and water.

The centre provides poha for breakfast and khichdi for lunch and dinner. A hall has been earmarked for their stay but when The Indian Express visited the place, it was empty.

Seventeen labourers employed by a sub-contractor of the Railways, who stay in a tin shed near Ram Mandir station, haven’t even heard of Uddhav’s plan for migrant labourers. The labourers hail from Uttar Pradesh and Bihar and have been in Mumbai for the last six years. One of them, Rajkumar Pandit (26), said: “Our families are asking us to return but how do we travel?… We asked our contractor for ration and money, but he said he can’t reach us. We are helpless.”

Sitaram Shelar, Director, Center for Promoting Democracy, said: “Despite having seen the chaos in Delhi currently, the administration in Maharashtra doesn’t seem to have taken the vulnerabilities of the homeless and stranded labourers seriously enough. There is utter confusion everywhere, which needs to be sorted urgently.”

Shelar also opposed the reversal of the move to use schools as shelter homes. While nine schools had been identified by the Mumbai island city collectorate, BMC has now asked them to look for alternate spaces.

Related posts:
03/29/2020 Cities Comments Off on Maharashtra: Residents don’t want shelter homes for migrants in their areas, claim it puts them at risk
TV & Movies