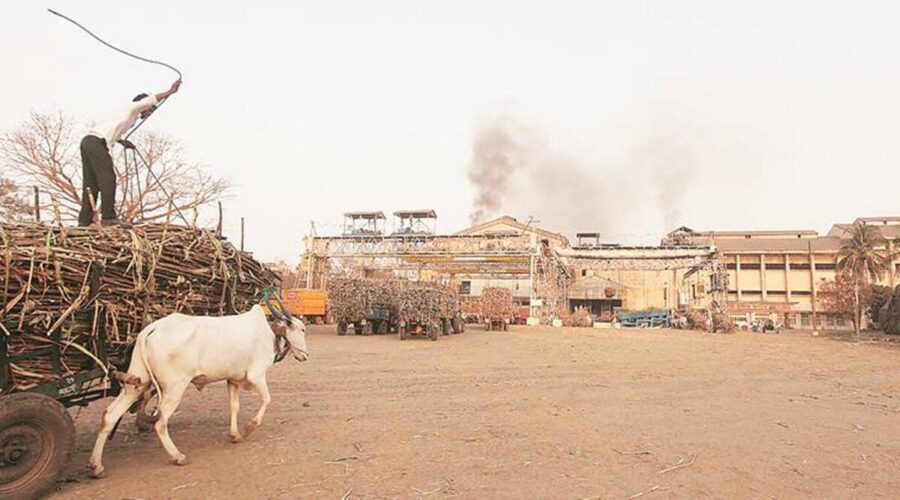 Nearly 20 lakh tones of cane still remains to be crushed with the season expected to get over by the end of this month. Mills in Pune, Satara, Jalna and Ahmednagar are now mainly in operation. The sugar industry has opposed the 22 lakh tonnes of sugar sales quota given for the month of April. With restrictions coming into place due to surge in Covid-19 cases, this increased quota would be difficult to meet and result in more lapsed quota for the mills, said industry sources.

Unlike the previous five years, when 18 lakh tonnes quota was given for April, the central government has increased the sales quota by 4 lakh tonnes this year.

Jaiprakash Dandegoakar, president of the National Federation of Cooperative Sugar Mills, said the pandemic has affected the sale of sugar as the consumption in hotels and restaurants has taken a hit. Since March last year, mills have been finding it difficult to meet their sales quota, which has led to liquidity crisis for them, he said.

Low sugar sales have led to pending cane arrears as mills are finding it difficult to pay their farmers for cane they have purchased. With barely a month or so left in the 2020-21 crushing season, low sugar sales and mounting sugarcane dues are bigger problems for the industry. As of March 31, cane growers in Maharashtra have reported unpaid dues worth over Rs 2,266.46 crore, which is going to be a major worry for the sector to clear.

Nearly 20 lakh tones of cane still remains to be crushed with the season expected to get over by the end of this month. Mills in Pune, Satara, Jalna and Ahmednagar are now mainly in operation.

While the industry has seen record production, low sales of sugar has led to mounting cane dues in the state. By the end of March, mills which had purchased 908.49 lakh tonnes were expected to pay growers Rs 20,122.32 crore as the government declared Fair and Remunerative Price (FRP). However, mills ended up paying Rs 17,869.75 crore, running up arrears of Rs 2,266.46 crore. Of the 188 mills, only 87 mills have cleared all their dues.

Mills, both cooperative and private, have complained about their failure to meet their sugar quota, which has led to liquidity crunch for them. Between October to February, mills in Maharashtra were expected to sell 32.03 lakh tonnes of sugar, but they have managed to sell only 21.66 lakh tonnes. The remaining 10.37 lakh tonnes remain unsold, adding to the mills’ inventory and leading to the current crisis in the sector.