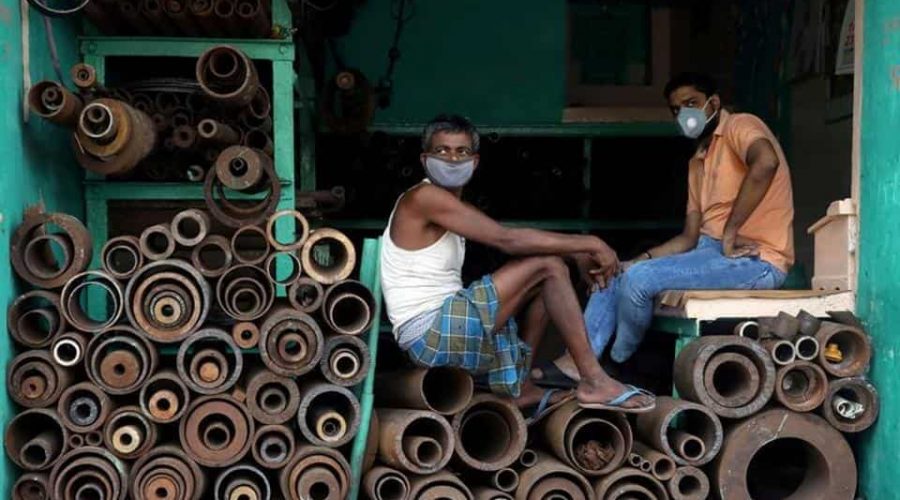 The Shiv Sena on Monday expressed concern over “white collar” people taking to crimes during the lockdown, and called for ensuring that job-providing businesses run for the next six months in cities like Mumbai and Pune.

An editorial in Shiv Sena mouthpiece ‘Saamana’ referred to an ATM heist in Pune by two “well-educated” persons as they could not make their ends meet and the alleged suicide by a transport staffer from Nashik for receiving Rs 225 as salary.

It termed such incidents as “side-effects” of the pandemic-induced lockdown, and also mentioned about the rise in thefts of ‘mangalsutras’ (a necklace worn by married women) in Mumbai and Thane.

“It will be enough if the alarm bells of white collar people taking to crimes to feed their stomach ring in the ears of the government,” the Sena publication said, adding that people seeking employment are ready to break laws for the sake of their children.

It also referred to a recent police raid on a dance bar in Mumbai’s Goregaon area where 11 women were rescued and 15 customers and four bar staffers were arrested.

“Care has to be taken to see each employment-providing business in Mumbai and Pune runs for the next six months. A lot of people will come under the scanner if we were to talk about who follows laws to what extent,” the editorial said.