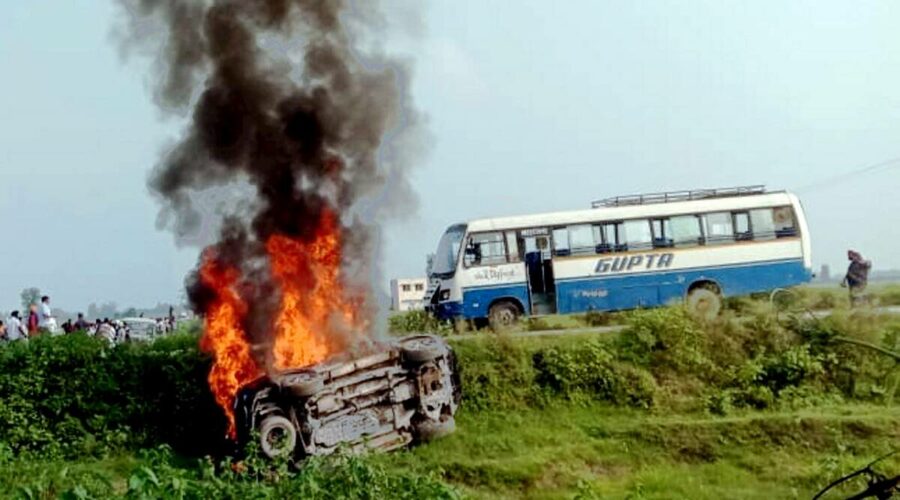 Harsimrat said similarly there was a video footage of the Union Minister of State for Home threatening the farmers and even inciting violence against them. It is wrong to keep him in the Union Cabinet and the Central government should take immediate action against him. The Shiromani Akali Dal (SAD) on Friday demanded the immediate dismissal of Union Minister of State for Home Affairs Ajay Misra besides the arrest of his son Ashish Misra who crushed to death four unsuspecting farmers who were returning home after holding a peaceful protest.

Harsimrat said it was “condemnable that the minister’s son Ashish crushed the farmers when their backs were turned towards his vehicle in an act of vengeance after his father Ajay Misra warned farmers not to hold any protests or be ready to face the music”.
She said it was condemnable that no action had been taken in the heinous case either by the Central government or the Uttar Pradesh government despite clear-cut evidence in the case. She added, “The video footage of Ashish Misra’s vehicle is available. There are eyewitness accounts that Ashish Misra fled from the scene after mowing down the farmers. He should be arrested on murder charges immediately.”

Harsimrat said similarly there was a video footage of the Union Minister of State for Home threatening the farmers and even inciting violence against them. It is wrong to keep him in the Union Cabinet and the Central government should take immediate action against him.

Meanwhile, the SAD delegation also visited the residence of the four farmers who were mowed down as well as the house of the journalist who also died in the incident.

A spokesperson of SAD stated, “The delegation visited Lovepreet Singh’s residence at Chaukhra village, Nachhattar Singh residence at Namdar Purve, Daljeet Singh at Vanjaran Tanda, Gurwinder Singh at Mohrnia and journalist Raman Kashyap’s residence at Nighasan village. SGPC president Jagir Kaur handed over a cheque for Rs 5 lakh to each of the victim families besides assuring them that the Shiromani Committee would look after the educational needs of next of kin of the victims. The victim families were also given ‘parshad’ and ‘siropa’ from Darbar Sahib even as Jagir Kaur conducted ‘ardas’ to pray for peace to the departed souls.”

The spokesperson added, “There were emotional scenes at the residences of the victim families. Family members said they could never imagine that anyone could mow down innocent farmers returning home after completion of their peaceful protest. The family members said the Uttar Pradesh government had still not started action in the case in earnest. They said the perpetrators were locals and had been identified but they were not being arrested. They said police had given ample time to Ashish to escape and that the BJP minister’s son had absconded to Nepal. Punjabis present at the residences said that Ashish, who was a goon, had got enraged at the protest carried out by farmers. They said the murder of the farmers was pre-planned with Ashish collecting goons as well as firearms before proceeding to mow down unsuspecting farmers.”

10/08/2021 Cities Comments Off on Lakhimpur violence: SAD demands dismissal of minister, arrest of his son
India