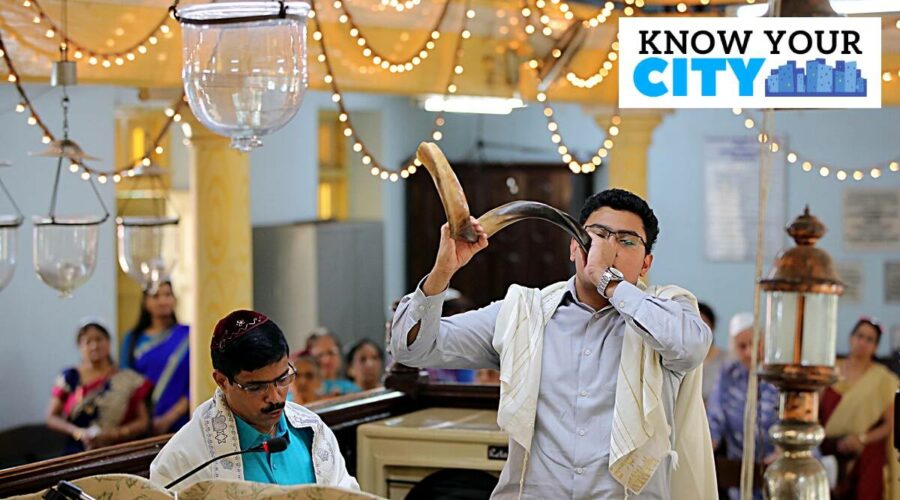 Today, the Jews are less in number, but their synagogues narrate tales of Poona’s Judaic past, the families that remain hold on to their unique traditions, and many even travel back here in search of their roots. 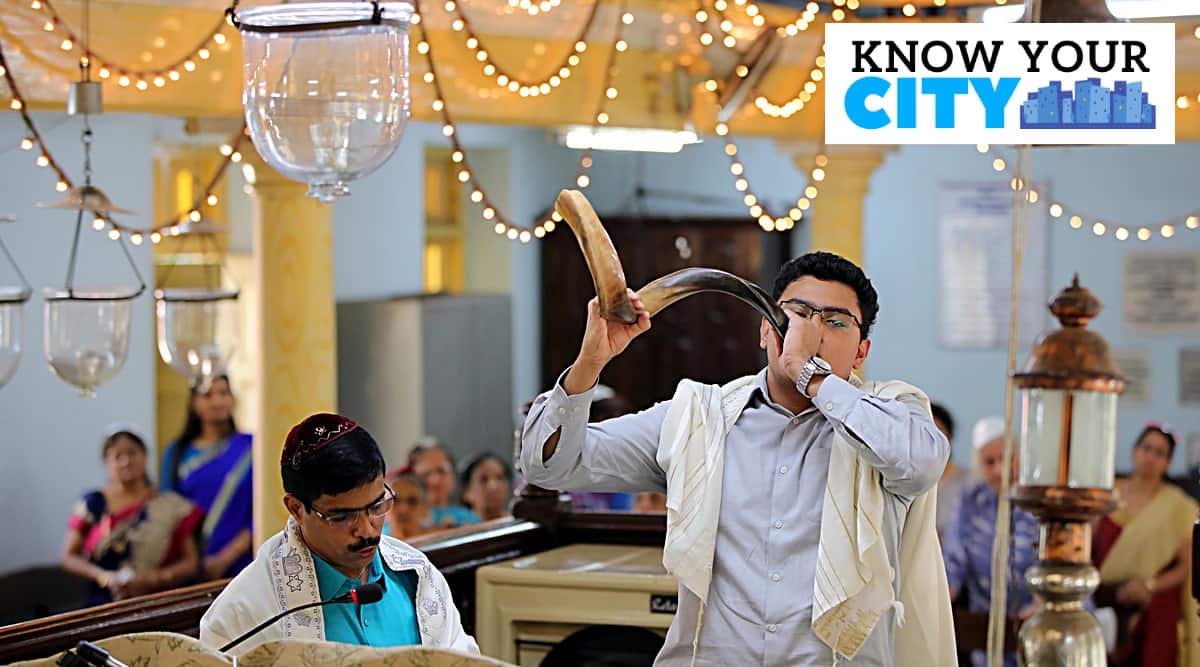 On March 16, 1863, Subedar Abraham David Charikar of the 3rd Regiment of Bombay Native Infantry was appointed as the Assistant Superintendent of Police in Poona. After Charikar moved to the city with his family, it opened up avenues for other Bene Israelis like him to migrate from small hamlets of Konkan in search of a better life.

The same year, the construction of a handsome red-brick building began next to the present-day Moledina Road. After a generous donation by Bombay’s wealthy Baghdadi Jewish trade magnate and philanthropist David Sassoon, the Ohel David Synagogue was taking shape as the first-ever place of worship for Baghdadi Jews in Poona after almost three decades since their arrival in the hill city.

Today the Jewish diaspora is diminishing in numbers, not only in Pune but also across India, owing either to their aliyah to Israel after its independence or emigration to western countries. Yet, their synagogues narrate tales of Poona’s Judaic past, the families that remain hold on to their stories and unique traditions passed through generations, and many even travel back here in search of their roots. 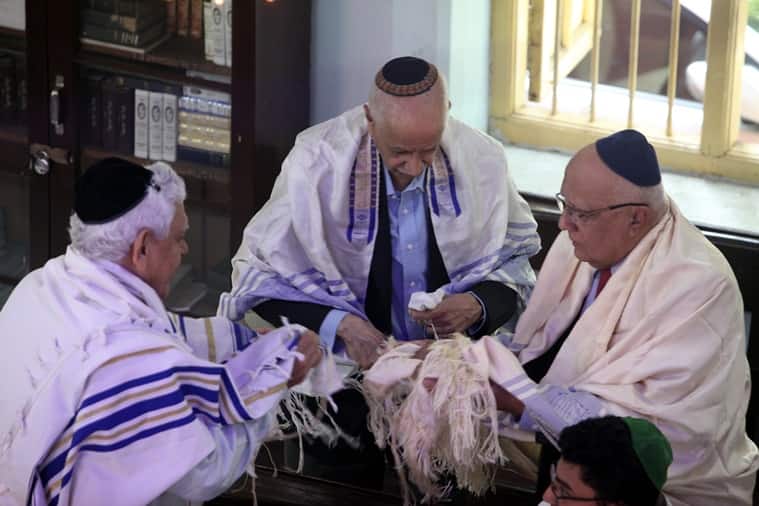 “There is a tradition among the ‘Beni-Israel’ handed down from father to son through the centuries of their sojourn in India, that their ancestors who came from a country to the north, in the vernacular Marathi — ‘Uttarekadil Pradeshantun’ literally ‘out of the provinces to the north’ were shipwrecked on the Konkan Coast some two thousand or more years ago, seven pairs, viz, seven men and seven women only being saved. These were cast on the shores of the Konkan sea-board at Navgaon, a small village to the north of Alibag…” writes Shellim Samuel in the book ‘A treatise on the origin and early history of the Beni-Israel of Maharashtra State’ in 1963.

The Bene Israel or the Sons of Israel, is a small ancient community with a long history of survival. To escape the turmoil and tumult in their land, they embarked on a journey only to get shipwrecked near the Henery Kenery Islands.

“It is believed that seven men and seven women survived the wreck. It is rather miraculous that the number is oddly seven or whether these fourteen people were couples, as there is no concrete documentation of that. There is no idea about the number of ships either. When they arrived at Navgaon, they had lost all their belongings and had lost all touch they had with the Jews of the outside world,” explains Dr Irene Judah, author of ‘Evolution of the Bene Israels and their Synagogues in the Konkan’, 2017.

In her book, Judah writes that the Bene Israels took up oil-pressing as well as agriculture of coconut and betel nuts in order to survive. “Back from their homeland, they brought with themselves the knowledge of oil pressing of olives and they started the same trade with coconut and groundnut here in Konkan. With this they found a way to make a living and sustain themselves,” she says. 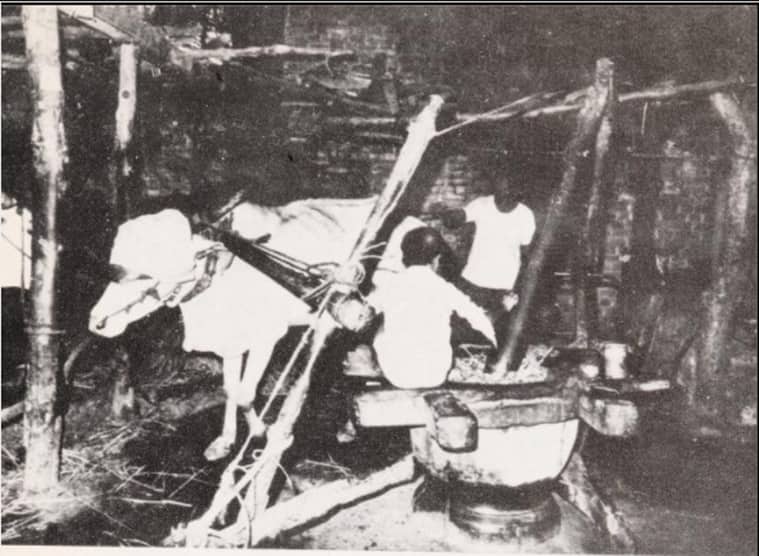 Although they lost touch with Jewry and were subjected to the local culture, Bene Israels retained necessary tenets, including observation of holy day Yom Kippur, dietary laws kashruth, circumcision, shema prayers and the sabbath. Observation of the sabbath earned them the name Shanivar Tellis (Saturday oil-pressers), as they abstained from work on the day as enjoined in the Mosaic laws. “They neither kindled fire, nor did they cook their food on the Sabbath, and on that day they ate bread which was prepared on the Friday, notwithstanding that it had become stale,” wrote Haeem Samuel Kehimkar, who first documented his community in the book ‘The History of the Bene Israel of India’ published posthumously in Tel Aviv, 1937. 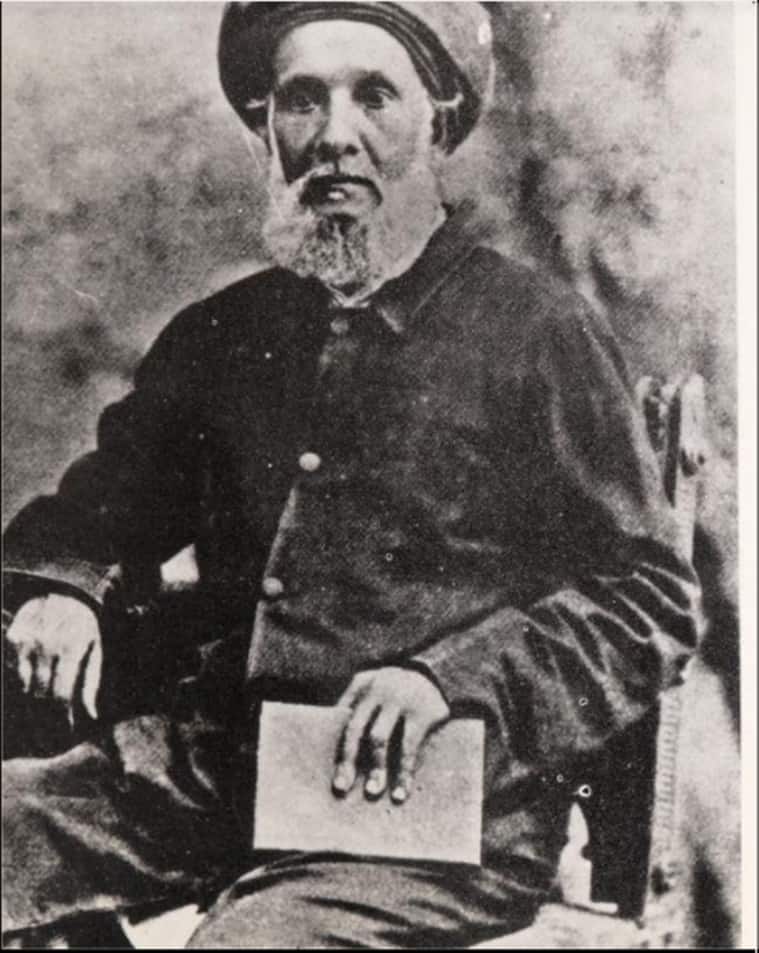 “…according to Bene Israel tradition, a David Rahabi discovered this vestigial Jewish community living in the Konkan, and proceeded to enlighten its members about the full and proper observances of Judaism as it had evolved…,” wrote Shirley Berry Isenberg in her book ‘India’s Bene Israels’, 1988.

Over the years, because of their bravery and nobility, many Bene Israel were appointed in the armies during the time of the Peshwas and Angrais. Many also joined the army under Chhatrapati Shivaji Maharaj, not only as fighters but also in administrative roles such as storekeeping, stock-taking and looking after financial accounts.

From Konkan hamlets to British colonies

“…the Beni-Israel expansion to the north was in the period after the British occupied the country. The communities at Panvel, Thana, Poona, Bombay and Ahmedabad were later accretions, mostly as a consequence of the entry in large numbers of the Beni-Israel in the Bombay sepoy regiments…” wrote Shellim Samuel.

Having performed the duties of a soldier, native commissioner and police officer to the entire satisfaction of his officers, Subedar Charikar was appointed Assistant Superintendent of Police at Poona, at the age of 41. A few years later, the railway link between Bombay and Poona was completed and Poona’s favourable climate, lower prices and growing opportunities attracted additional Bene Israel families.

Later, as chairman of the Poona Municipality, Charikar was in a good position to render help and advice to newcomers in finding homes and work. “Had he lived longer, he would probably attained to the highest rank in the Police Department,” wrote Kehimkar.

The Bene Israel families slowly and steadily settled in today’s Rasta Peth and Nana Peth areas. They had four prayer halls – the Pune Bene Israelis prayer hall established by Subedar Major Bahadur Daniel Rahamin Talkar, the Herbrath Beth Yakob prayer hall atop Abraham Samson Talkar’s house, a prayer hall founded by Issac Shalom Ghosalkar near electric house in Rasta Peth and the Jhiradkar prayer hall by Subedar Major Solomon Balaji Jhiradkar – according to the book ‘Jewish Landmarks of India’. The last one is where Succath Shelomo Synagogue stands today and as many Bene Israels lived near the vicinity, the lane was called Israel Ali or Jew Lane. Arrival of Sassoon and setting up of Ohel David Synagogue

David Sassoon arrived in Poona in 1832, introducing the city to Baghdadi Jews. “As did many upper-class Bombayites, David Sassoon established a summer home in Puna, a hill town 120 miles east which served as capital of the Bombay Presidency during the monsoon,” wrote Nathan Katz and Ellen S Goldberg in their paper titled ‘The Last Jews In India and Burma’, 1988.

Like the Sassoon family, many Baghdadi Jews flocked to Poona for its optimal weather. With the number of Jews in Poona insufficient for prayer halls, Sassoon’s donation laid the foundation of the Ohel David Synagogue in 1863. It was locally called Lal Deval, loosely translating to Red Temple. 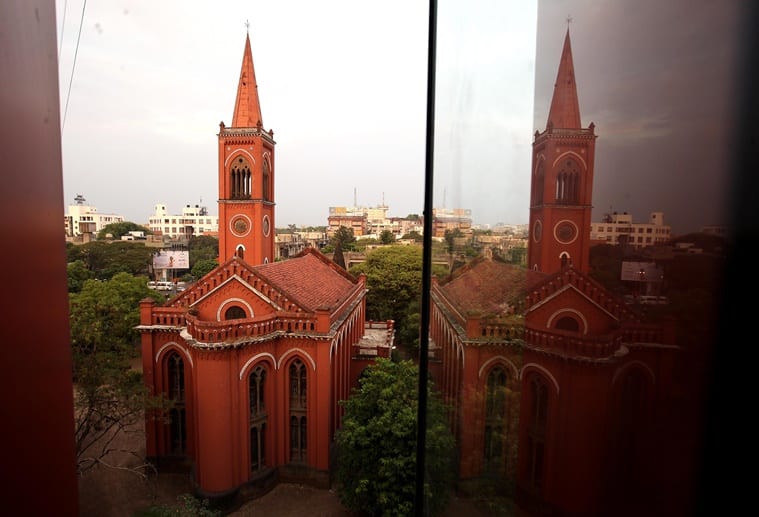 Sahapedia, which has carried out a cultural mapping project of Pune, writes, “The synagogue was designed by Sir Henry St Clair Wilkins is built in the English Gothic style, in brick and Deccan Trap stone. The building’s 90-foot clock tower, adjoining its main entrance, resembles an obelisk. The clock in the tower was manufactured in London specifically for Ohel David. A sizable heckal (ark), elaborately enriched with plaster decoration, is raised a few feet above the floor. The heckal, facing the west, aligns with Jerusalem’s Wailing Wall.”

After his death in 1864, his sons Sir Albert and Elias Sassoon headed the completion of the synagogue by 1867. The compound contains a mausoleum of Sassoon designed by Wilkins, caretaker and community apartments, and a now-closed mikvah (a place of ritual baths). Lal Deval is Asia’s largest synagogue outside of Israel.

While the Bene Israel had been in Poona for five decades since the arrival of Subedar Charikar, they only had the four prayer halls for congregations. In 1916, the two separate congregations of the Bene Israels in Poona came under the name ‘Hebrath Beth Yaacob’. The Jhiradkar property at 93 Rasta Peth was acquired as the most suitable site for this purpose.

“The foundation stone was laid on December 28, 1919, by Aaron Solomon Bhonkar and his wife Sarah Solomon Bhonkar, who at that time contributed the largest sum of Rs 2,505,” said Judah. “Jeremiah Aaron Aston was my uncle, father’s brother. He was a very active member of Succath Shelomo Synagogue Building Fund Committee, which eventually gave the Bene Israel Community of Pune a synagogue of their own in 1921. The committee, with full zeal and enthusiasm, went from door-to-door among its Jewish brethren who were approximately 1,300 in number at the time and collected contributions for the synagogue,” said Dr Nathan M Aston, former president and trustee of Succath Shelomo Synagogue and Principal of Nowrosjee Wadia College, Pune.

Near the Succath Shelomo Synagogue, was once the Pune Jewish Reading Room and Library. Opened in January 1887 and reorganised in 1924, it was founded by David Elizer Koletkar, chaired by president Dr Khan Bahadur Judah Hyam Mhashilikar. However, the library fell prey to road widening projects and has since been defunct. The books are now in the synagogue.

Even though just a few families still reside in Pune, Jewish festivals of Rosh Hashanah, Yom Kippur, Hanukkah and Sukkot, as well as events like the bar mitzvah and marriages are still held in the synagogue. “There are not many Jews or their families left in Pune but they all come together at Succath Shelomo Synagogue to mark religious days. The Malidah prayer, however, is something distinct only to the Bene Israels,” said Yosef Nowgaonkar, honorary secretary of Succath Shelomo Synagogue, Pune. Nowgaonkar said that while the prayers are in Hebrew, the cast of the local language changed the tune of prayers, similar to old Marathi tunes.

Talking about the dwindling population, he said that many come back in sheer intrigue to find their origins. “The instances may be minimal but there are individuals who are navigating the coast of Konkan in search of the synagogues their ancestors prayed at,” he says.

12/04/2021 Cities Comments Off on Know Your City: How a subedar’s transfer opened up Poona to Jewish diaspora
India