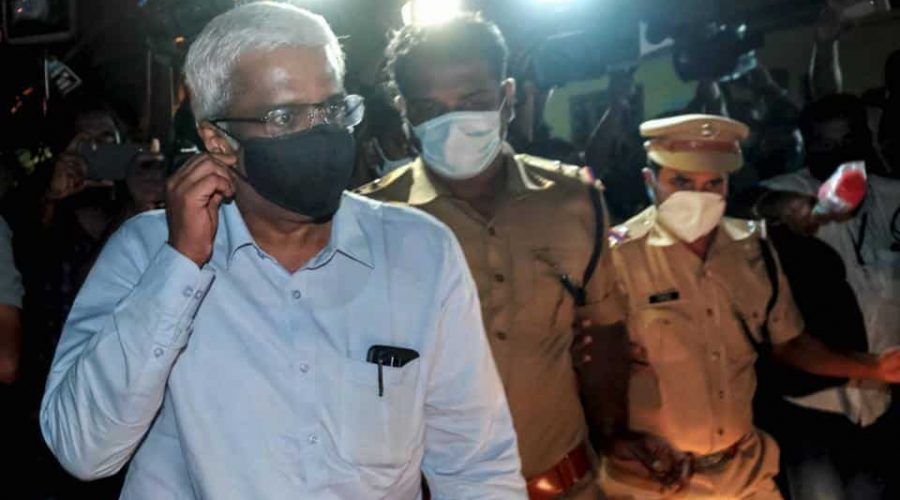 Sivasankar was suspended in July after his alleged liaison with Swapna Suresh, the prime accused in the gold smuggling case, came to light.

In his anticipatory bail plea, he has contended that he was questioned for over 90 hours by various central probe agencies but they failed to detect any anomalies.

He said he was fully cooperating with the investigation. To satisfy some vested interests, probe agencies are under pressure to arrest him, he claimed in the plea, which will be taken up by the court on Thursday.

Reports suggest the ED will file a case against him for money laundering.

The investigation has revealed he had made several foreign trips and in some of them official permission was not sought. Though he was aware of the questionable integrity of Suresh, he went out of way to help her, the probe has further revealed.

The smuggling case was uncovered on July 5 after 30 kilograms (kg) of gold was seized from a consignment that came to the United Arab Emirates (UAE) consulate in Thiruvananthapuram.

P Sarith Kumar, a former employee of the consulate who had come to receive the consignment, was arrested by the Customs officials after the recovery of the gold.

The other two suspects, Suresh and her accomplice Sandip Nair, were arrested from their hideout in Bengaluru five days later.

Sivasankar was suspended after his alleged links with Suresh surfaced. A multi-agency team is probing the case and 30 people have been arrested to date.